I grew up on Corellia, however, I never had a skill for piloting. Instead, I often stole my father's blaster rifle and went hunting, trying to hit the smallest moving target. I always hit my target, a feat I thought at first was attributed to skill with a small amount of luck. 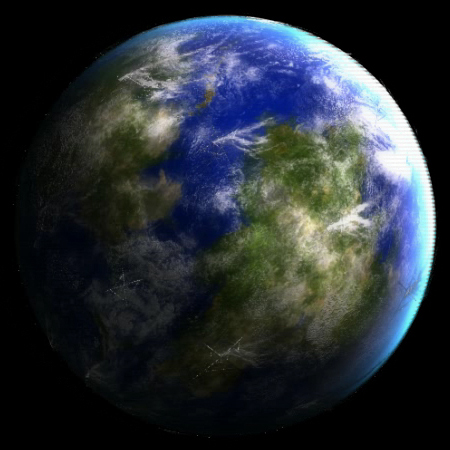 When I was fifteen years old, my father killed my mother in a drunken rage. When I learned of it, I swore on the grave of my mother that I would have vengeance. I came to my father in the middle of the night. He was awake, and he had his vibro-blade in hand, expectantly waiting for me to attack. He had a feral grin on his face. I charged at him, and after a vicious duel, I was disarmed and pinned against the wall. It was at this moment that, fueled by rage, I used the Force. I reached into my father's mind and forced him to relive the death of his wife. He was brought to his knees, and he dropped his vibro-blade. Freed, I picked up the weapon and impaled my father in the chest, leaving a gaping hole from the vibration of the blade. After the fight, I scrounged up what money I had and left for Carida, where I joined the Imperial Academy there, keeping my abilities a secret. 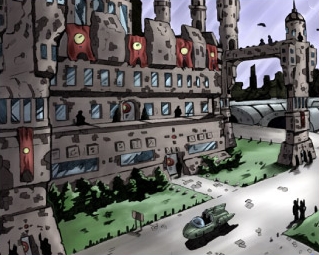 I quickly rose through the ranks, and eventually reached the rank of captain. I was picked to become a commando, based on my skill with the blaster, a skill perfected when I was young. For four years, I helped the Empire win victories, creating tactics to overwhelm enemies. However, my true calling, was assassination. No matter what precautions were taken, I was always able to kill my target, due partially to my Force affinity.

The day that changed my life was when I was planning an assassination. I sensed something behind me, a Force Sensitive. I whirled around, Force pushing the enemy back. it was a Jedi. I used the Force to wrench the lightsaber from his hand while tearing apart the surface we were standing on, rock, and hurling chunks at him. He blocked the attacks with his lightsaber, but I used the technique I used against my father, reaching into the Jedi's mind and causing him to relive one of his worst memories, a time where he had lost a loved one. He screamed in agony, and a lightsaber pierced his chest from behind. It was a Sith assassin. 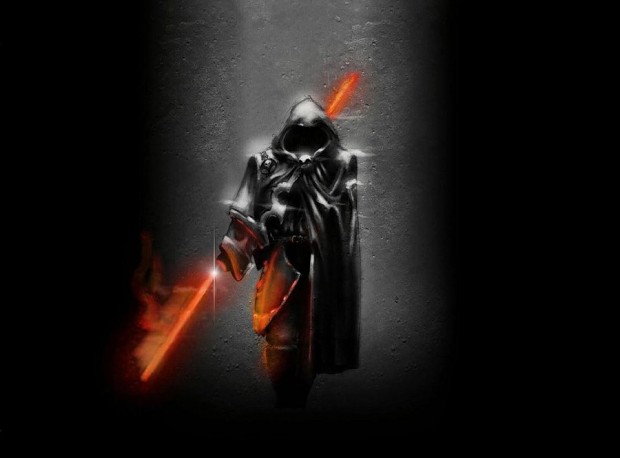 He deactivated his lightsaber and approached me. He saw the display and was impressed with my abilities. I was taken to Korriban to be evaluated by the Dark Council, who deemed me eligible to be trained. The assassin who found me, a master in his art, decided to train me, seeing great potential. And, in that way, I became a Sith 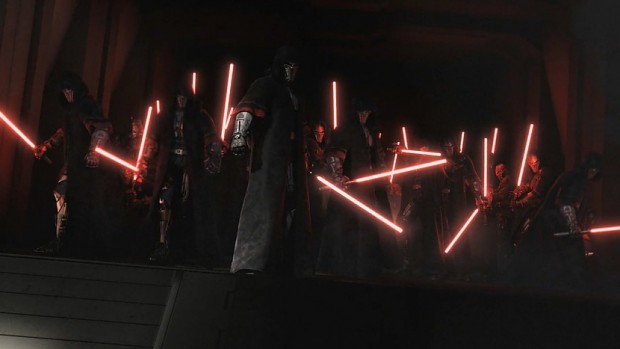 To prove my worth, I decided to infiltrate a new faction, the New Empire, created by a rogue Sith known as Johnboy1, and bring it down. I joined the faction and earned Johnyboy's trust. He allowed me to install weapons on his ships, and I did so. I then gave him coordinates to what I said was a major rally point for the Galactic Alliance. In reality, it was open space, and his ships jumped into an ambush. They fired the weapons I installed, and they burst into flames, crippling those ships that weren't outright destroyed. The rest of the ships were mopped up by the GA.

The New Empire had fallen, but somehow, they were able to persevere. But it does not matter. I succeeded in my goal, and in doing so, I proved that I had the skill to be an assassin. 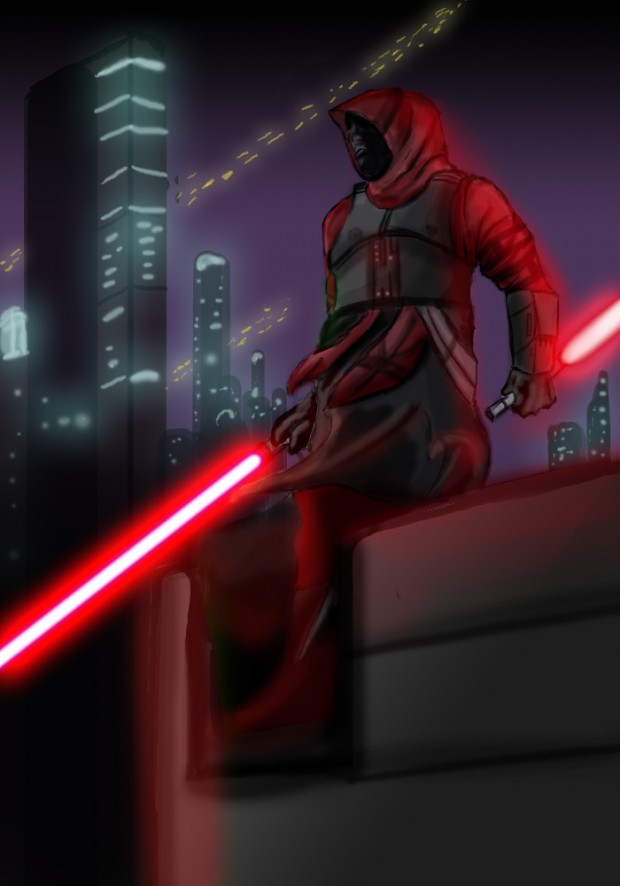 Nice! I think I might write my own story for fun lol.

Btw, how did you format this blog? Like adding the black background and pictures.

No... my current master is macIomhair. Never had Dark-Assassin as a master.