Been a long time lurking, decided to join to making tracking/watching mods, and indie games far easier on myself. 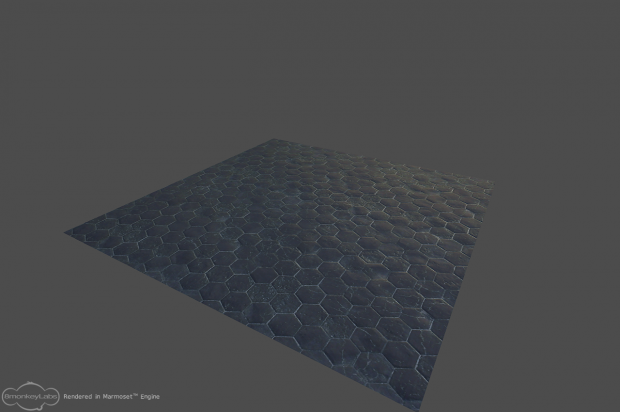 So, I did some digging and found out something rather interesting that has utterly halted my main bit of progress on my private project. Turns out, the max displayed texture resolution for the UDK is 512x512 (at-least I can't find a setting to chance that.) so it was butchering my textures (not that they're that awesome anyway really.), so I thought to myself, hrm, what about Marmoset?

Made a plane, exported it as an OBJ, and slapped some of my Made-For-The-UDK Tilable textures.

Now, granted, I can't take screens of -every- tilable texture I've done because as I figured out; it doesn't want to tile the rightway on some of them for some random reason I've yet to sort out (well, it's because the normal map is being fit to the object instead of tiling like the textures)..anyway, so these are what came out with the textures that worked.