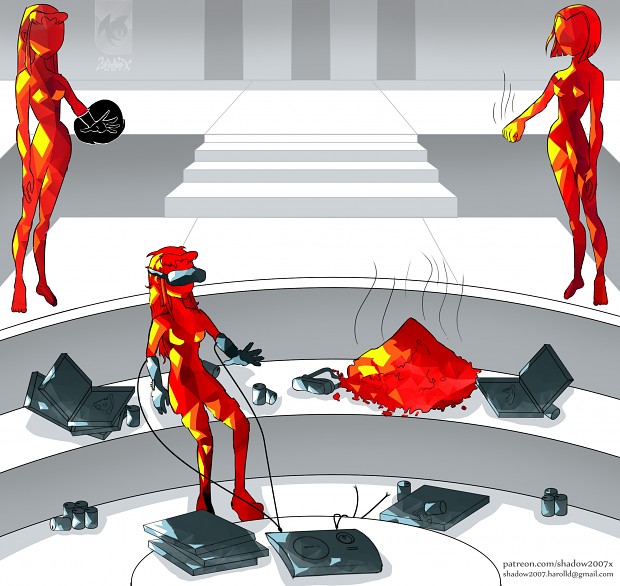 Starfire and raven of the Teen Titans lost a bet and had to play the brand new game on the web SUPERHOT, even though Raven hated video games and Starfire never played one before, they decided to give it a try, two hours later and the addiction has to end with "freeing their minds" as they are confronted by themselves.

(same as the previous, just with the text font removed to better see the characters)

this was originally just a completely unrelated series of storied images that I commissioned my artist friend (you can see his contact info in the image) took inspiration by SUPERHOT's themes, just for giggles we decided to emulate the look of the game and it got the attention of the folks who actually made the game, thanks guys, that was SUPER cool :D