Ether: A catalystic agent in the making of stardust.

Unrealistic, you may think but only if you don't look beneath at road we are driving down. College lecturers mock students who consider turning in programming End-Of-Year projects in JavaScript. JavaScript will have the last Ha Ha on that!

The 3D web had already being been marked-up [VRML/X3D] before WWW rolled out in Ireland (1995). It could be inserted directly into HTML via . JavaScript was born the same year and asynchronous was still considered a dirty word. Nevertheless, hacks could cross-wires to get JavaScript to commune with servers. VRML has fresh to the public and the online 3d worlds communities grew. Yet something was rotten in the state of VR. Foresight had not considered the high-speed future of the internet so the VR engine/plugin was minimalist in file size = cripplingly small. It may have been that rendering speed was compromised to satisfy the international average download speed. Despite that the influx of pedestrians rose. Later it was re-released as X3D but many designers who wanted more were already jumping ship. Programs like Blender3D were becoming big globally and developers who wanted something next-gen looked to offline terrain. 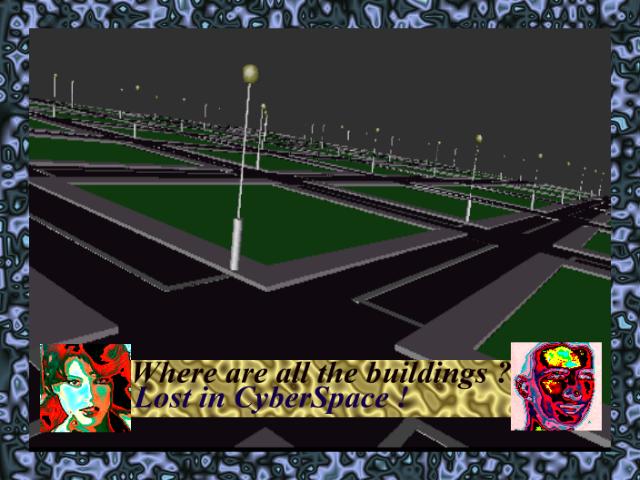 My first VRML. The REAL me is on the right.