Enrique's music has been featured in numerous film and video game projects both in the United States and abroad. His music has been recognized for its compositional creativity and orchestral zest. Enrique has had several opportunities to record and conduct his own music with renowned film orchestras in the U.K., Hungary, Macedonia, and Spain.

Enrique holds a Bachelor's Degree in Commercial Music from The University of Texas at El Paso, and a Master's Degree in Scoring for Film, Television, and Video Games from the Berklee College of Music in Valencia, Spain.

Was awarded this for my score on "Twilight Prophecy," the animated short. The music was recorded in Europe =) 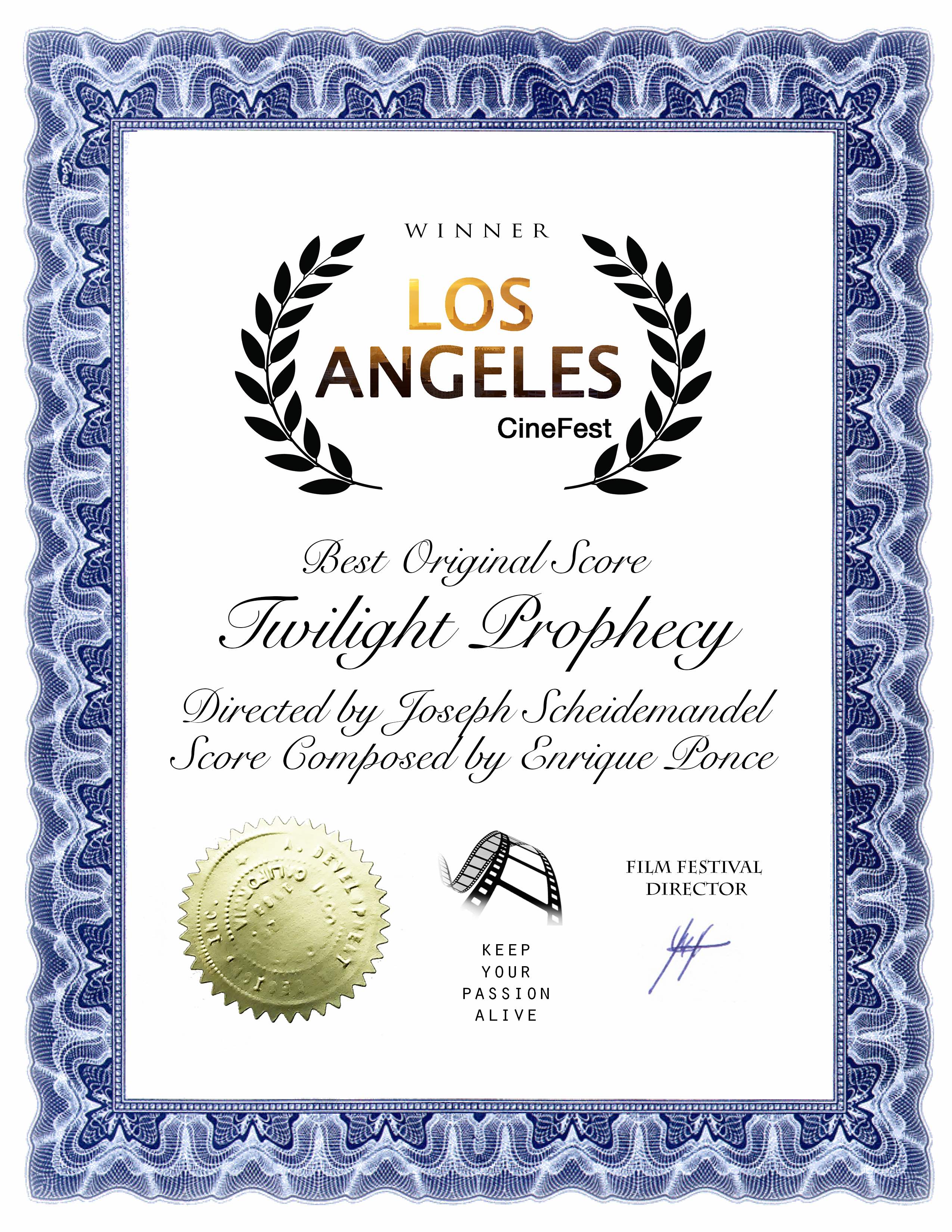 Listen on Spotify and more!