Hi there! I'm a student and a beginning level designer, I'm hoping to become an independent developer. Although, my concepts for projects are often crushed by school and reality, I do my best to keep them afloat as I can. But, not to the point of rushing them. I hope that what you find in this profile pleases you. :)

It's been some time ever since I came up with any original ideas. Back when I was playing Half-Life 1, I used to think that The Anomalous Materials Labs assembled and created their technical equipment in the same sector. But, I haven't found anything to confirm this theory of mine unfortunately....

So I decided to use that assumption to create a (somewhat) New Idea!

Our character is an engineer working in a confidential sector where the Anomalous Materials (and other sectors') Equipment is being created, assembled, and improved upon according to feedback from both security and science team personnel.

He will of course, have to go through all hell and back after The Resonance Cascade to escape to Topside. Especially with The HECU's arrival and The continous Xenian Infestation. But, those events are to come (Hopefully) later on.

Right now, I'm focusing on creating the sector's pre-disaster form at the moment, Here's a small (WIP) piece of what I'm working on. It isn't much as You can tell. Progress will be still slow though thanks to school. 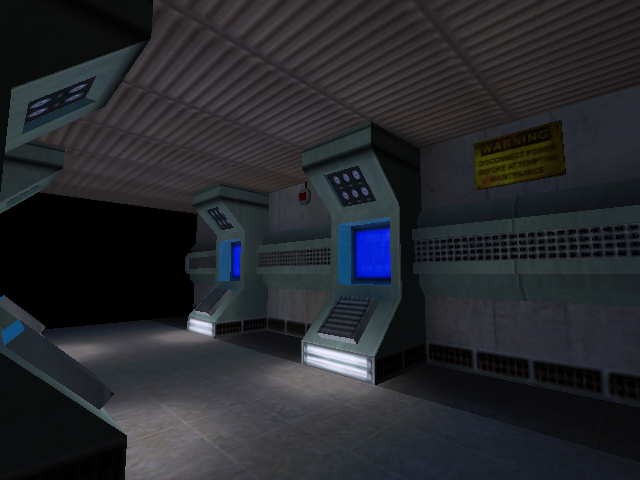