This a group that holds the records of battle from the battle of Korriban to current battles. Anyone can post the battles they fought in.

This is where all major events of the Cold War will be recorded. Update: A Galactic Senate?

The Beginning of The Cold War:

Following the Jedi triumph over the core worlds against both the Mandalorians and Sith Empire, the Jedi started to rebuild temples across the galaxy. 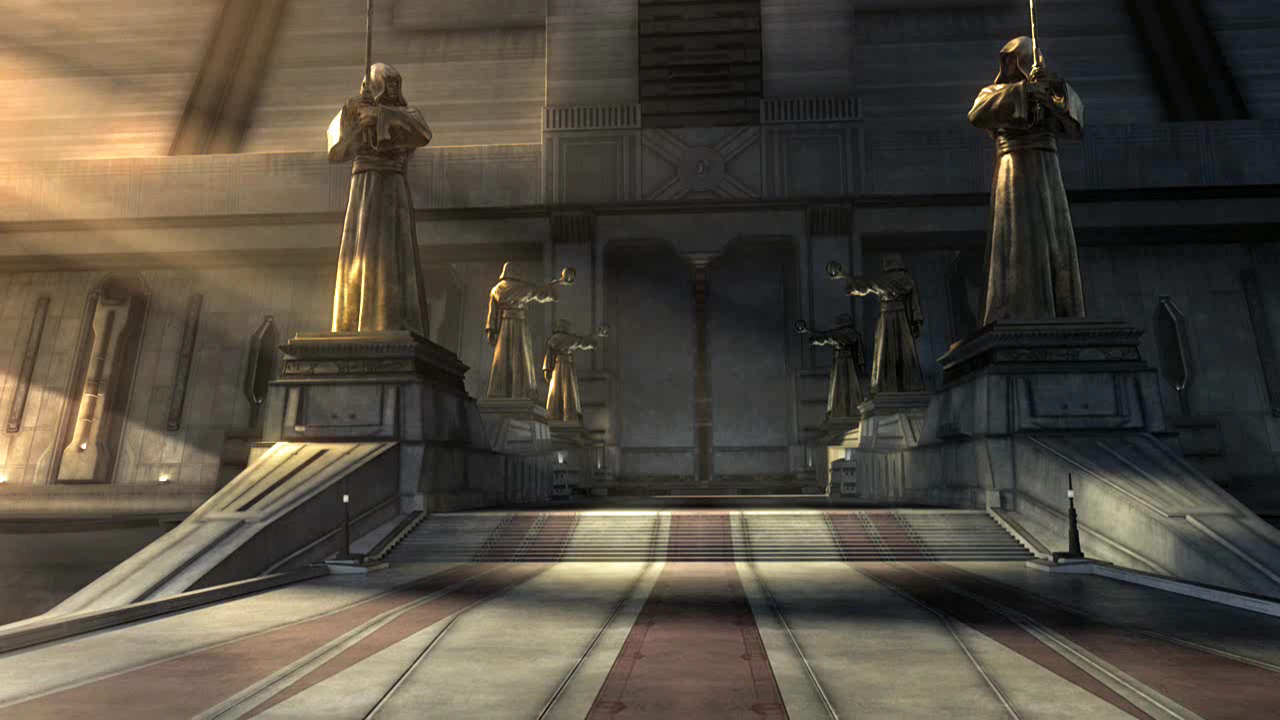 The Cold War effects all factions in the galaxy aligned or non-aligned. What has happened to some of them is reforms in policy. Some include economic, military, and diplomacy just to name a few.

Future Events will be Broadcasted here:

The Mandalorian and Galactic Alliances spheres of influences are starting to widen across the galaxy. Many worlds are now looking at which side to join in this Cold War. Many worlds have chosen to remain neutral and independent. The Outer Rim is the current focus of the Galactic Cold War. Control of the Outer Rim could have a positive or negative impact on the Inner Rim and Core Worlds through economic or military means.

The Chief of State, Master Headhunter tried to make a peaceful exchange with the Mandalorians. Planets being traded for planets. However the Mandalorians have rejected the exchange offer. When asked to comment the Galactic Alliance Senate had nothing to say. We will update you on the current situation as it unfolds.

The Sith are rerurning under the command of Ten[DNA]. He first exiled himmself into the Unknown Regions after the Mandalorian defeat over the core worlds. Much has happened in that short period of time. Along with the current Cold War. However as I said the Sith are returning are now declaring they want peace. We shall see how the rest of the galaxy reacts to the Return of the Sith.

Today Sith Lord Ten has suggested the creation of a galactic senate. Strangely most people agree with this suggestion as long as the Sith don't lead it. The Chancellor of the New Republic has now made the decision to put in the request to join the Galactic Senate. The Commision has accepted his request and is now taking part in the Senate. He refuses divulge any information that has been discussed.

yip this i basically the state of the galaxy..peace is just the untruthful surface...=\

I should probably add the GA here to; though what do you guys think?

What? we attacked the core worlds to liberate them from the darjetiise=(
it is the jetiise who ambushed Ten over coruscant that started it.

Nah, no one would go to war over just comments like these. That would be childish to do.

No, Headhunter made that wink smiley and that is an act of war! All Mandalorians attack the NGR!

Is this what you mean Jolee?

Just saying banned would take it from the RP form. I played along with what Headhunter was saying. :P He announced that the Chief of State was 'Assassinated' if you remember.

Thought I would add a silver background; it seemed to plain to me just being white. :P

It's nice, you should add something about the Mandalorian rejecting exchange former Republic Planets maybe?

Aww, we get our own article. So kind.

Splinter of the Old Republic Fans & Clans with 8 members