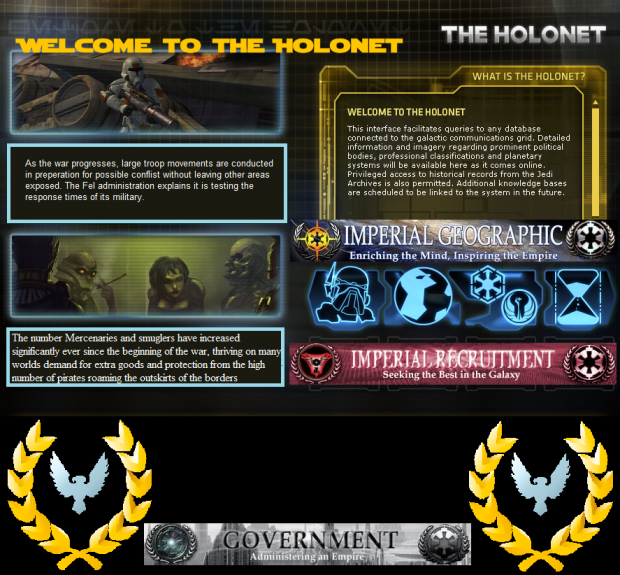 Difference between our satellites and satellites capable of tearing apart entire fleets.

Due recent Sith Imperium aggression, the Second Fel Empire administration deems it critical to approve the construction of a massive amount of warships and space stations.

The sum total of the new fleets is five, combined the count an impressive four-hundred warships. These have been stationed across the Fel Empire to protect it's sovereign territory from foreign aggressors.

In addition to the war fleets, a staggering amount of defences have been requisitioned and spread out across several worlds. The total of these defences counts some seven-hundred and fifty large stations and many times that amount in smaller satellites.

"These news was brought to you by the official Imperial news channel. Remember, serving the Throne is serving the Empire!"