As you've probably already worked out, the Treyarch developed sequel is set in the future - 2025 to be exact - far enough to bring newfangled equipment into play, but not too distant to weigh you down with 'pew pew' laser handguns, plasma rifles and death rays. From a warfare point of view we're talking drones, primarily. No longer will humans be your only enemy: plodding and rolling assault drones with rifles/chainguns/rocket launchers strapped onto their sides are common foes, as are aerial mechs in the form of weaponised quadrotors. 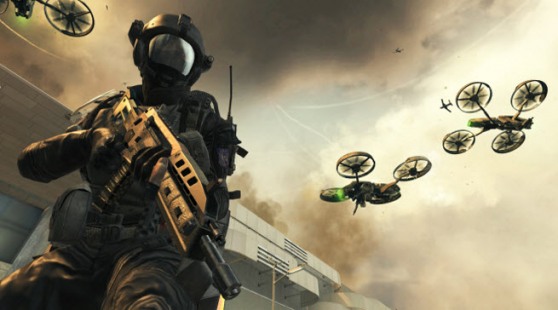 While the majority of Black Ops 2's action is set to take place in 2025, you'll occasionally be leaping back to the land of Predator, Commando, and A-Ha in the mid-80s. The only 80's environment revealed so far is Afghanistan - a dusty set-up with horseback gunplay promised as your Black Ops team secretly meets up with Chinese forces to supply the Mujahedeen with weapons intended to fight the Soviet forces.

Interestingly, Black Ops 2 will also dispense with Call of Duty's linear storytelling and to introduce the element of choice.

At key points during the game you'll be presented with multiple options, and the path you choose will dictate the fate of those around you as well as your own. These choices are skill based: if you fail to protect a friendly, for example, their death or capture will trigger a splinter storyline rather than a fail state.

Treyarch's also confirmed 'Strike Force' RTS-come-sandbox style missions within the campaign that sees special Black Ops squads travelling the globe. Zombies are back and bigger than ever too. 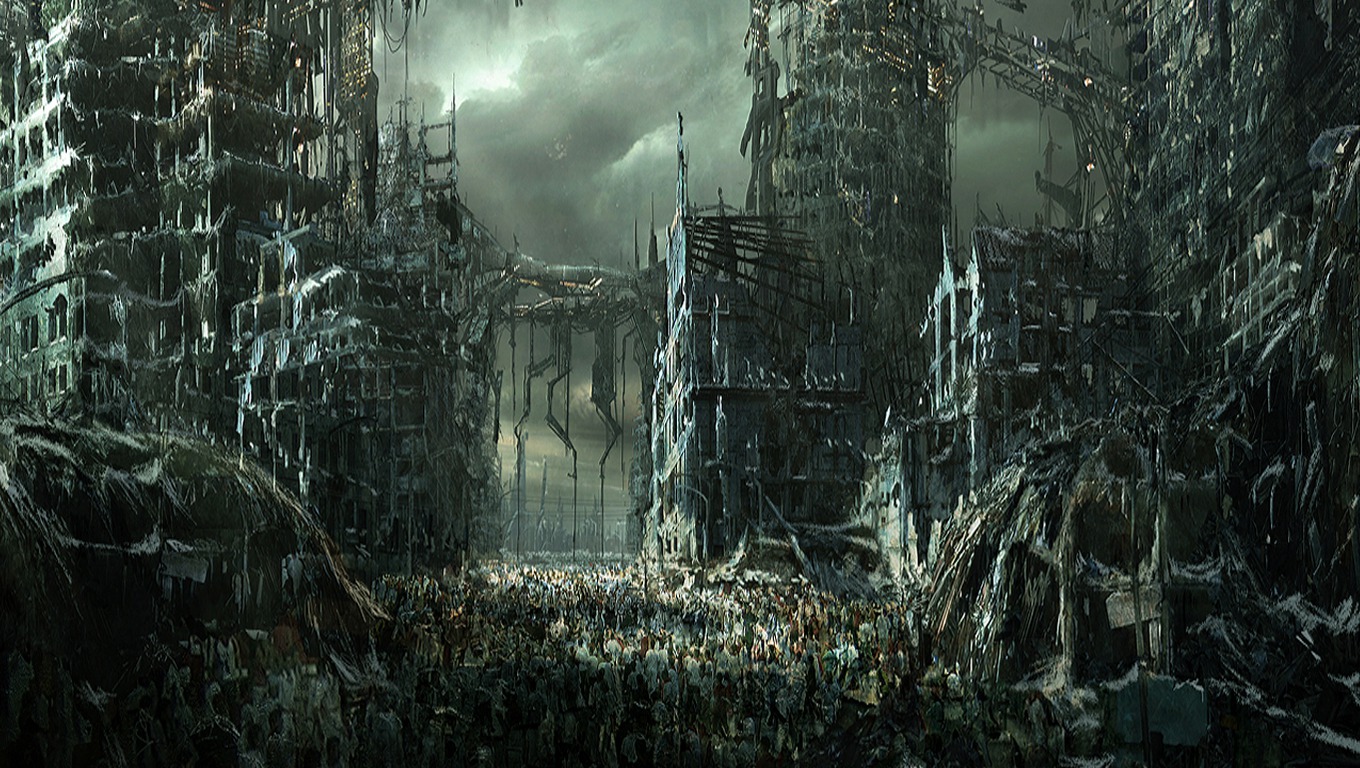 Call of Duty is special. It is set place in Modern Days or famous wars. This so called 'Call of Duty: Black Ops II' is like Halo. Seriously, 2025? I saw the trailer... how is Frank Woods alive? Why did it become Halo? Why did Treyarch do this...

Oh so that's why we have been near immortal? I did not know that in the Second World War there were any Halo Spartans around :P

BTW it looks more like Terminator where you fight Skynet.

yea and for that it's awesome ! I mean if they want another modern game they will juts mkae another or maybe another ww2 era or vietnam era game

@shadow, do you really want them to produce the same **** again? They're trying something a little more original. This is the only call of duty that I find interesting.

halo is 2552
bo2 is 2025 around 542 year difference retard, and all the technology shown here we already have in modern times
call of duty was all about world war 2 anyways

Halo took place in 2552. Not 2025. Get video game criticism together before posting a ridiculous comment like this.

I liked the trailer and the near future setting, me wants! Looked nothing like halo. The drones remind me more of Homefront where they were an awesome feature. 'Strike Force' RTS-come-sandbox style missions?

Call of Duty is already ruined, so go ahead and ruin it more i don't care. BF3 Rules...

So, COD: BA2 trailer first impressions. A gravelly voiced man talking about how war has changed. Or has it?
Same cinematics and animations that can be found in their other games.
Same art style, complete with Hollywood-style lighting and effects.
A setting that has been done before, multiple times, by other developers.
The same release date: On the dawn of the holiday season.
I'm sure it will sound and play the same too.
I am sure nothing will be changed by the release date.

Same artstyle? You know the setting already? There are people who want more CoD, this game promises more CoD. If you don't want more CoD simply don't get it and be happy with some other shooter. Who cares about singleplayer anyway when you spend 99% of the time in MP?

Reminds me of Metal Gear Solid.

Am I the only one who noticed that the little quadropods look like the parrot helicopter for the iphone,android and htc phones ? :P
Google.si

I only hope that the zombie mode is Good! ;)

Hope Nazi zombies is good. Man did it suck in black ops 1.

So who are the Americans fighting now? African militia?

I buy this if the zombies mode is good ; D

I'm only buying this game for an improved campaign mode which i hope is improved. And of course ZOMBIES! ^_^

This is the great game!