You Shall Not Score

How about we make a game about moving the goal? That's right. This is revolutionary game that you have to dodge the shooting by dragging the goal.

Congratulations humans, the game "You Shall Not Score" has been on Google Play.

Actually it has been on there for a week. We want to post this news after the iOS version is also released but ar.... some human error. So... Oh Well...

Congratulations humans, the game "You Shall Not Score" has been on Google Play

This is the game that you move the goal to avoid opponents' balls. I bet you have never played this kind of game. And that's why it's revolutionary. It's simple. It's fun. It's surreal. And surreal is good. Download this game before your friends do. And click the advertisement Because it's the game Human deserves, but not the one it needs right now. 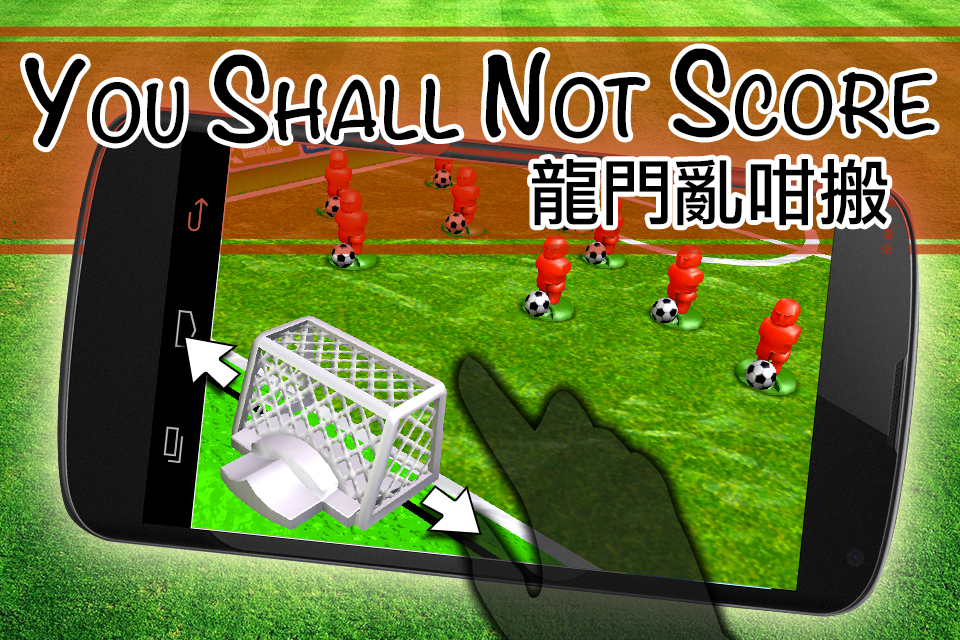 You Shall Not Score Soccer
Related Engines