One of our beta testers provides some insight into the process by which Wing Commander Saga is being tested.

Most gamers are familiar with the concept of beta testing. Up front it sounds glamorous and exciting to test the latest game and see the latest features. The reality is that the interesting parts are offset by the need to be precise and to test over and over. When something is (or isn't) found, the need to be precise and report the problem in as much detail as possible is vital.

The WC Saga Project's beta test operates on the same principles. The beta test for Saga started out with the first couple of missions in a very early build and subsequent releases have given the testers a deeper look into the game and each of its missions as the testing progresses. 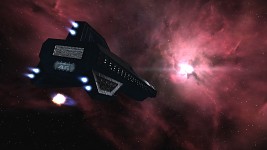 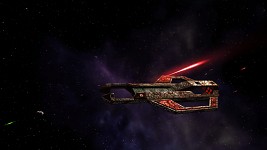 It is inevitable that no matter how good the developers are, there will always be some sort of error, problem, issue or artistic consideration that has escaped scrutiny. I was recently quoted as saying "I can't recall a time where Wing Commander Saga has been anything but completely stable in these beta tests." That would be true. Since the beta test began I've had absolutely no problems that caused a crash to desktop, a freeze, or other significant game-ending problems.

The kinds of problems you tend to have more on this project are gameplay related. Here are a couple of examples:

Other problems include issues with the 3D model data resulting in problems with the arcs of turrets such as laser turrets firing through the ship they are mounted on. Identifying the problems is a huge part of the battle. Corrections are made, tested and introduced in the next build of the project.

Testing sometimes borders on the more artistic side as well. In the early beta tests, the mainhall music might have been described as "dramatic". Personally I had developed a habit of turning down the volume when the menu screen was about to appear, however, with some feedback and some fabulous work from the music composer, the theme now builds up brilliantly from a confident but slightly more subdued introduction into that dramatic theme I was talking about earlier. 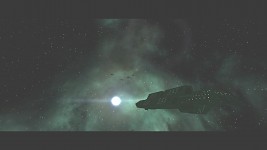 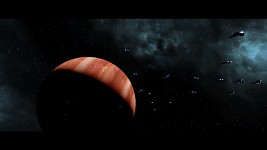 Testing continues for the WC: Saga project. It really is a monumental effort and everything is considered with a great deal of thought. This is a true fan project and a labour of love. I think that it will show in the final release.

I will be back next week with a few more sumptuous screen shots and a couple more peeks behind the curtain at the beta testing process.