Gaze at some new levels of the game, the final UI and we announce a slight delay to help us polish the game.

In the new levels, Jared visits locales ranging from a pizzeria to a cave. Where will his adventures take him ? 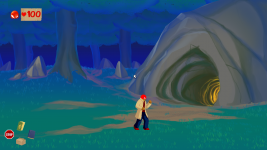 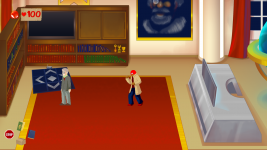 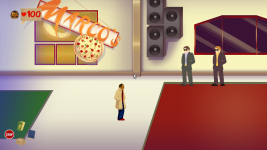 Check out the new and improved UI - it's not programmer art anymore! 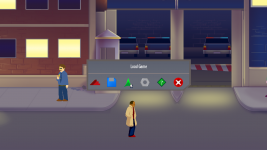 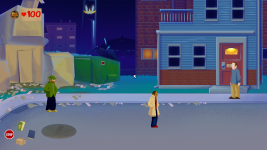 We are also announcing a slight delay in the release of the game by about three weeks to polish art assets and combat after the feedback we received from the mini demo. Don't panic just yet - this time will be well spent to make the game better.

We're adding extra combat moves and items - not to mention a few extra characters and quests. If you haven't already downloaded it, give the mini demo for Windows and Linux a spin. If you like it, why not preorder the game? (It'll be great, we promise)

Pizzeria with a dance floor. Bah, so casual.
New place to visit is fine for me !

It's not just casual - it's business casual, and we all know what that means.