RSS Introducing the people of Whateville!

Find out more about the huge roster of characters you'll meet in the game!

Will Fight for Food has an interesting and quirky cast of characters that you can befriend or beat up as you play the game. This is as good a time as any to introduce a few of them! Presenting:

Pierre
Pierre is the WFF's slick and funny announcer. Rumors suggest he is sick of being the constant butt of jokes in the WFF. Will he help Jared in order to get his revenge? 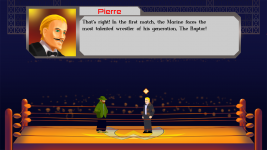 Kim
The chief of police is famous for her hands on approach to crime fighting. Can Jared convince her to join his side of the fight, or will he antagonize her and anger the entire police department? 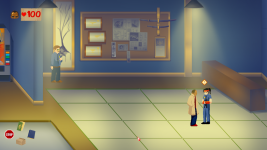 Fightacus
An old friend of Jared, he is currently employed as a gym teacher by the university. His job is one of the many things on stake in the war between nerds and jocks. Can he emerge unscathed from the carnage? 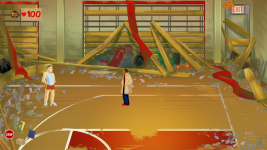 Koala Man
Whateville's own superhero, Koala Man used his failure in wrestling tournaments as a springboard for his success in TV and comic books. He could be a valuable ally for Jared, but can he be trusted? 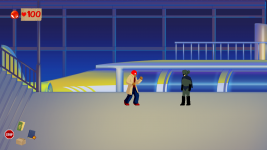 Will Fight for Food is coming soon!