War to the Core

An action tactical MOBA-RTS hybrid game where you control massive spaceships flying in low orbit and battle for dominance over the planet by employing a unique arsenal of weapons and tactical equipment including long range missiles, ground turrets, mines, and such. This is what you get when you drop League of Legends, Starcraft, Angry Birds, and Magic: The Gathering in a virtual cosmic blender, then build a game while this mix blends in the background.

Post feature Report RSS Dev Diary #6: The History of War to the Core

Building War to the Core had been an epic journey. Join us for a quick history back in time through the different phases of building War to the Core (codenamed: Ballistic). See how the game looked like when we got started, and how things have progressed since then, including never released footage and screenshots!

Building War to the Core had been an epic journey. It started with a simple idea: let’s build a GPS-based mobile game where players control massive motherships floating above their physical locations. Players would then play battles that would span many days, and physically move around the globe to move their ships. They would rely on long range projectiles, and on recruiting allies from other geographic locations to join in the fight and help them target areas that they cannot reach easily without harming their allies. We gave the game the code name “Ballistic” at that point.

Mokhtar Khorshid started the project and created an early PC prototype with the help of a couple other developers. Back then it was all about GPS and ballistic arcs computations for the projectiles. It looked just like this. 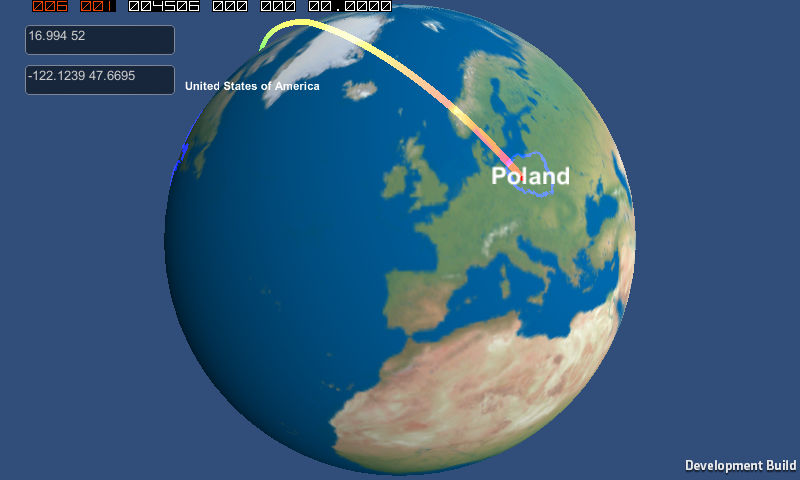 The player would enter the coordinates by hand to simulate the path, and then we do GPS mapping to find out where the projectile would land, which country, etc...

Then we started building our mathematical models. This included things like how do we pre-compute trajectories, how do we animate projectiles paths over many hours, and so on.

Being a multiplayer game, networking was the next thing to focus right from the beginning. It was at this point that we had surveyed the market and picked our technologies, the technologies we selected deserves an post of its own, so we won't delve deep into that now. It didn’t take us long until we got something up and running. We got a lobby and were all set. 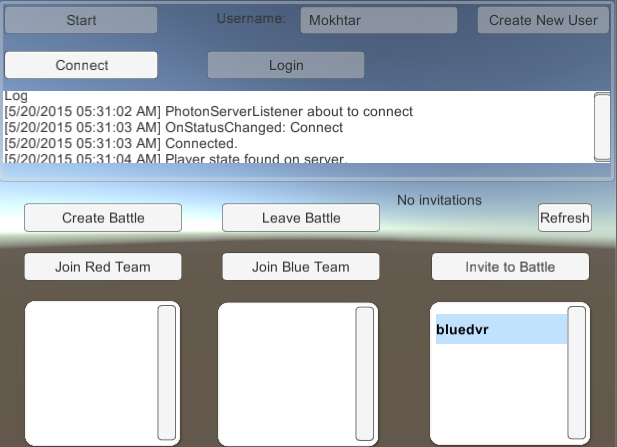 We then built the battle UI, and made it more interactive, it still wasn’t much to look at, at that point, but was functional. 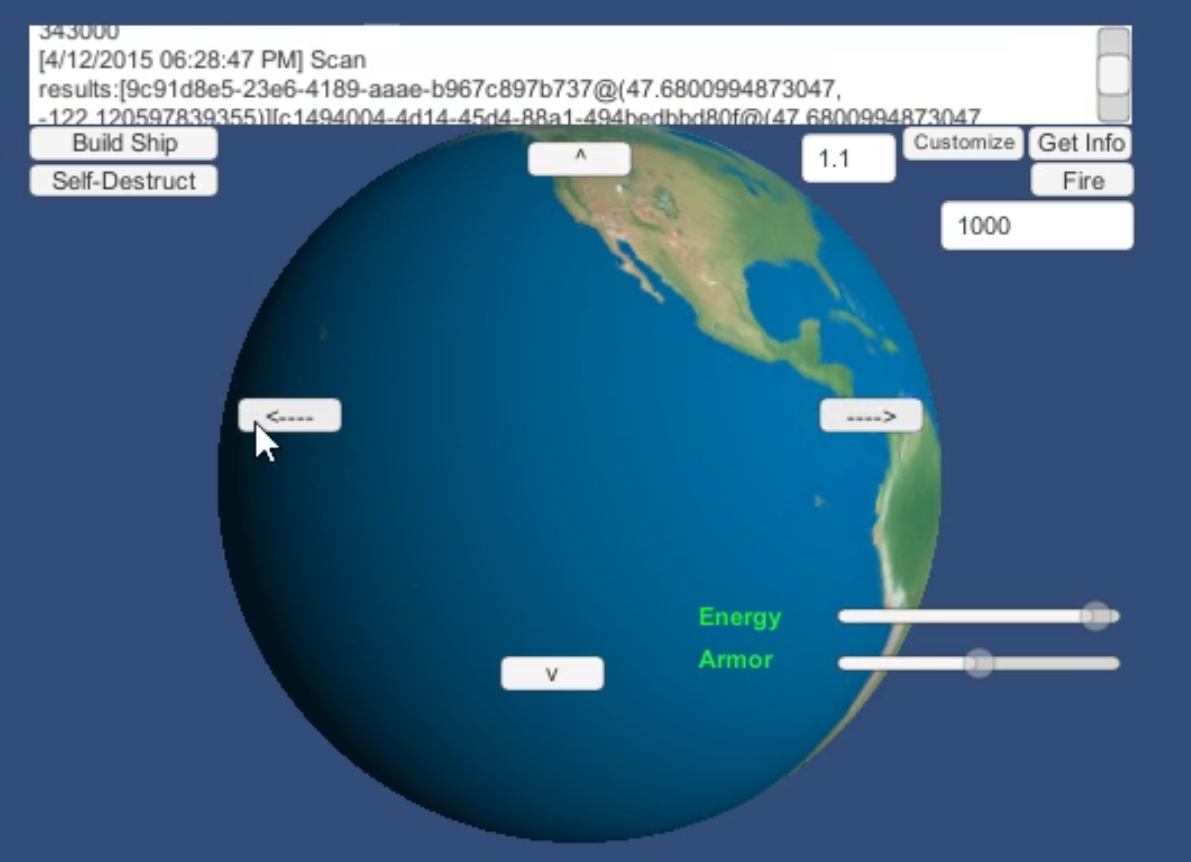 Next was turning it into into a game, rather than an experiment. The UI changed from manipulating numbers in boxes and clicking push buttons to rotate the globe, to one where we could drag the planet to rotate it. Ships were still place holders, but we could now scan and fire projectiles. We still did the firing by manipulating weird controls, but it was an improvement. You set the bearing and range by moving sliders, then fire by pushing a button. Scanning was of fixed-size and you would just click on a location to scan there. Not bad for a couple of devs.

The feedback was unanimous. With a pace like this, the game would be as boring as hell. In addition, our early feedback indicated that players would much rather have a more full blown up game on PC, than a small “click and wait” kind of game. We also figured out that people would be too lazy to physically move around just for a game, and many were concerned about privacy (Pokemon Go was not yet out at the time, and we’re not Nintendo anyway). Building a full-scale PC game would be a huge undertaking, so we got back to the drawing board and revised our plans. In the end, we decided to build a complete fully fledged PC game with real depth behind it, but we would do it on an indie budget. At this point Forgotten Mines was founded, and we decided to build this right, rather than quickly. The game was given the official name “War to the Core” to fit in with our newly created storyline. Both names were generated in brainstorming sessions where we mashed about all sorts of crazy ideas. Other names that made it to the top of our list at the time were: After Earth, Sphere of Domination, and The Veil.

One decision made at this time was to design the game for agility. We wanted to build the game in such a way that we can customize and change the game mechanics as we go, allowing us to morph the game and tweak it very quickly. One of the first things that changed was the switch to become a PC-first game and then, shortly after, abandoning GPS as part of the game altogether. Instead, we focused on adding more depth to the game by introducing tactical aspects, like deploying mines and turrets, and varying the gameplay by allowing players to customize their ship by not only upgrading their standard components, but by letting them to switch them altogether. The idea was to allow totally different ways to play the game, by allowing multiple effects to be combined in interesting ways. This was inspired by Magic: The Gathering, where players combine different effects into something much greater. So we introduced a Garage/Shop scene in the game where players could now upgrade their ships and customize it! It looked like this. 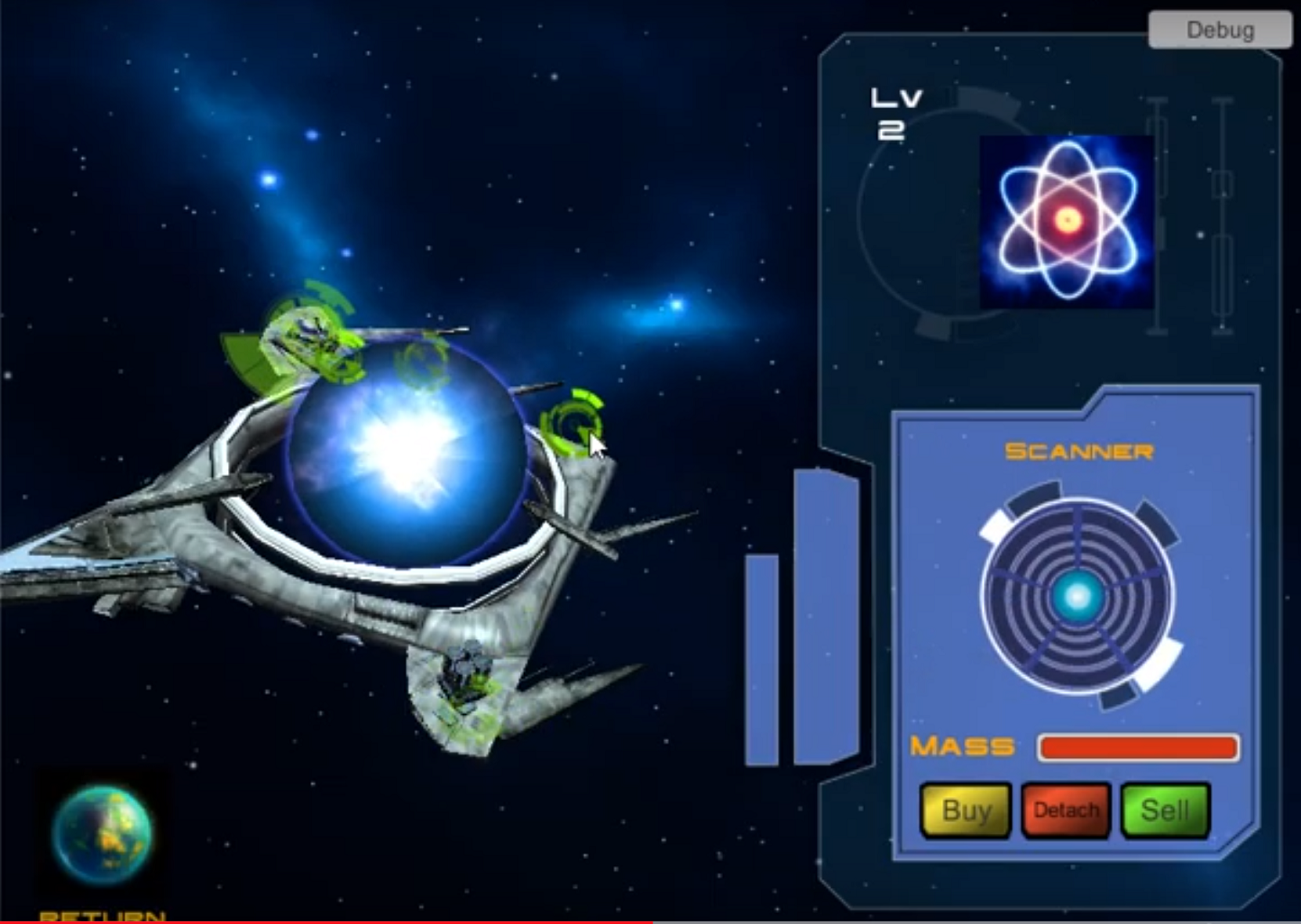 Then we doubled down on the UI, visuals, and game play. Improving it one pixel at a time... OK, maybe not pixel, but we did it incrementally. These videos show the beginnings of what looks like a game with full controls.

Our lobby got better over time too. 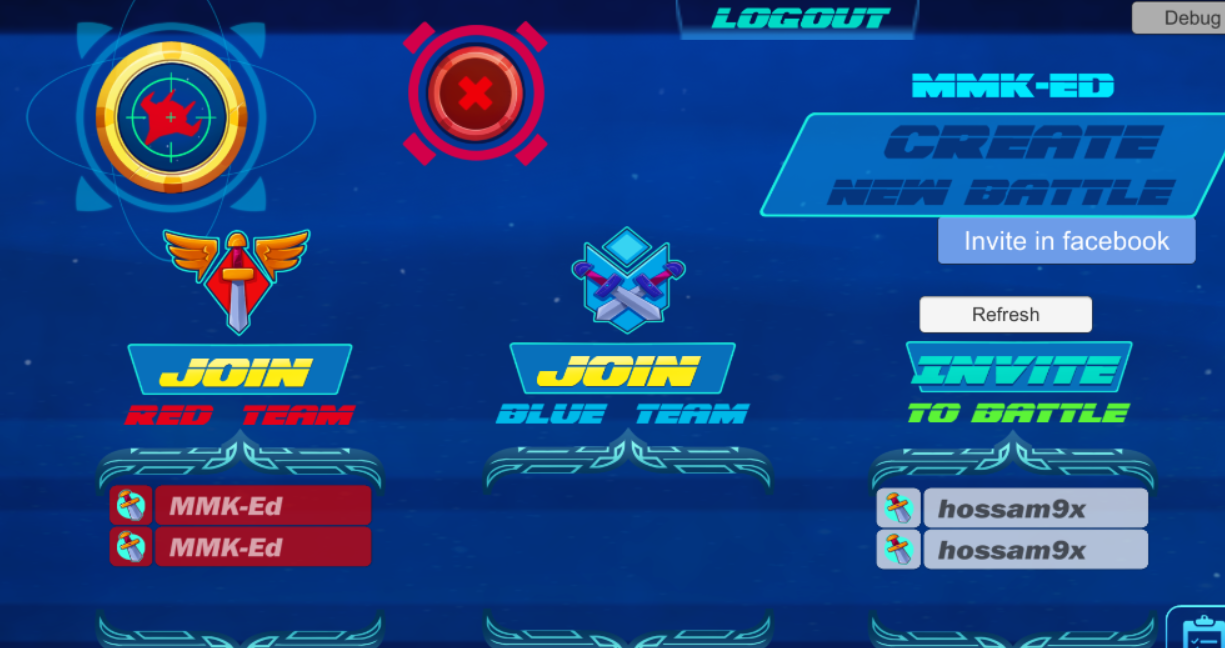 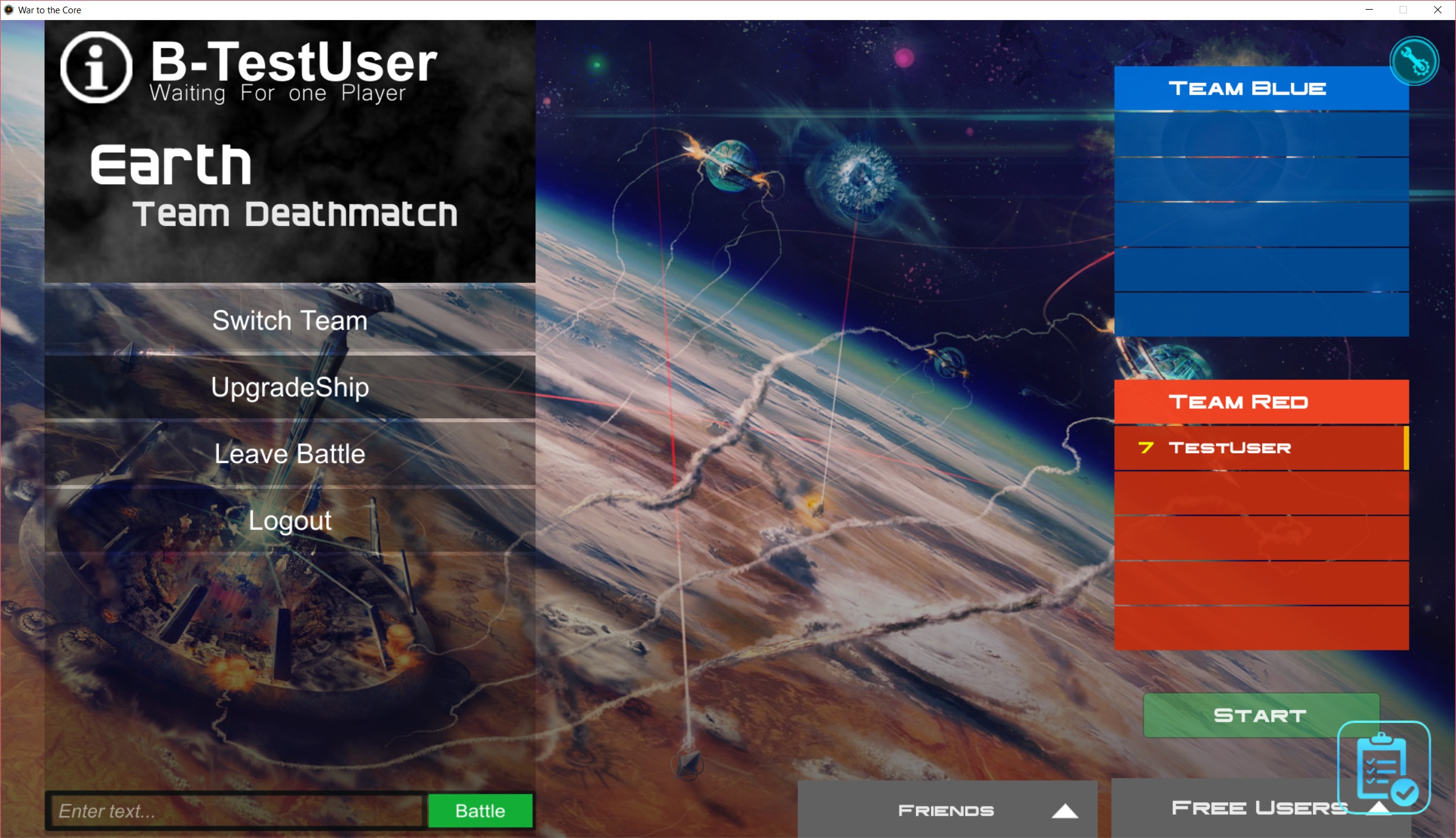 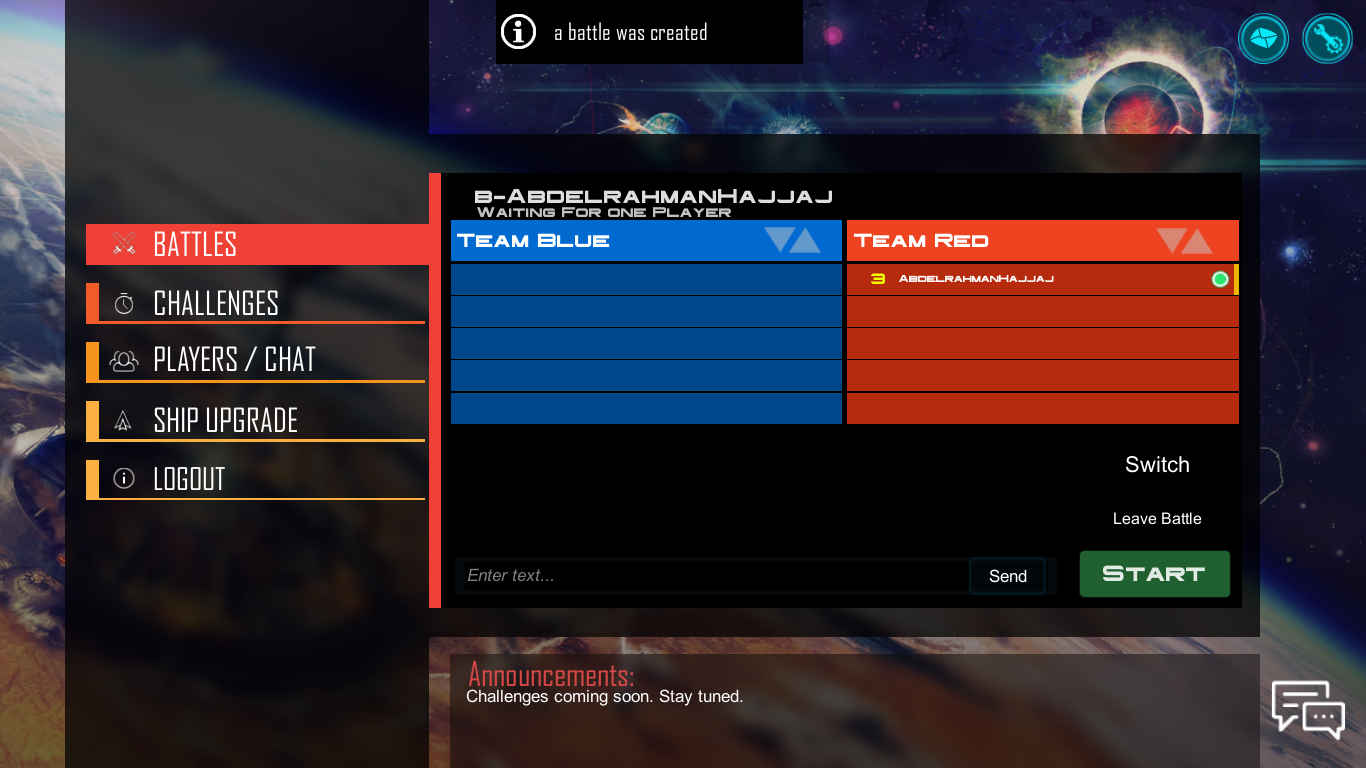 And so did our battle scene. We incrementally improved our planet visuals and UI, until we got to something that was decent enough to share with the world. 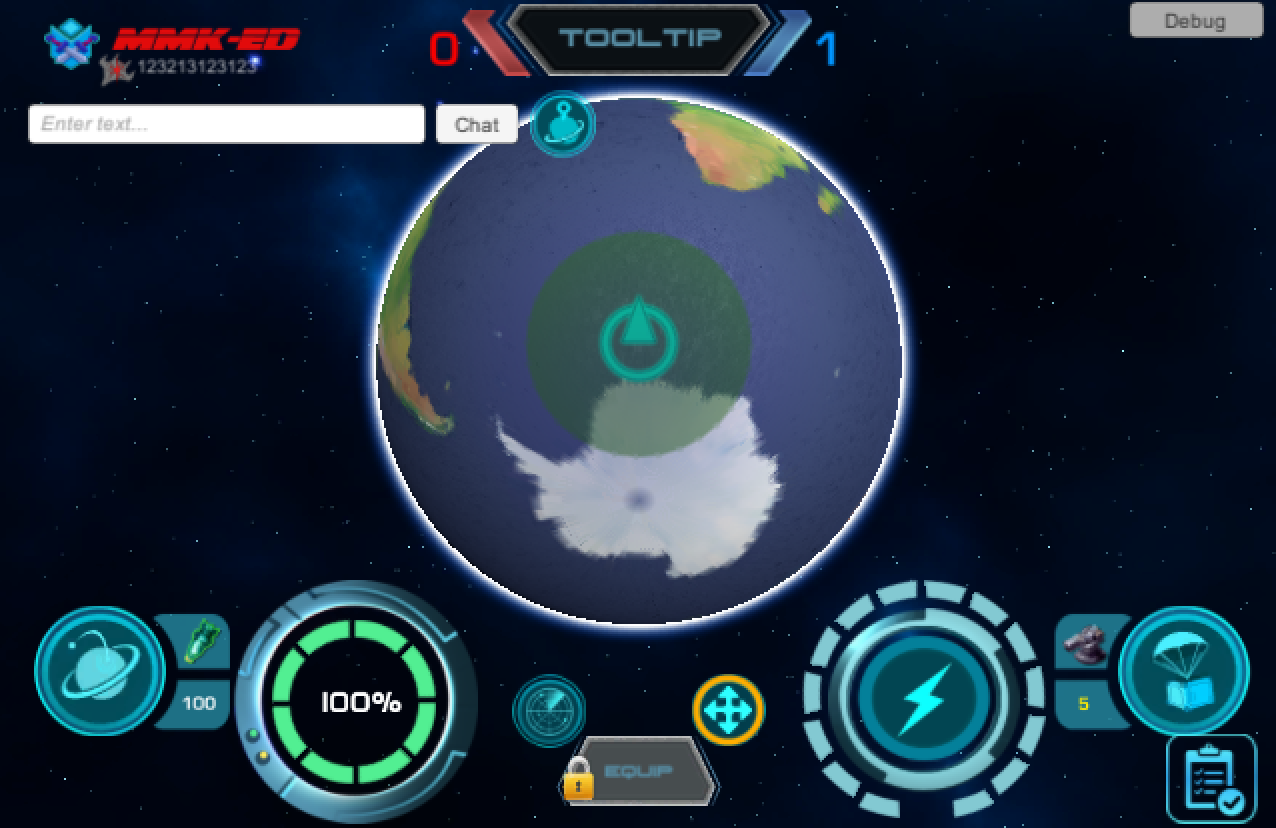 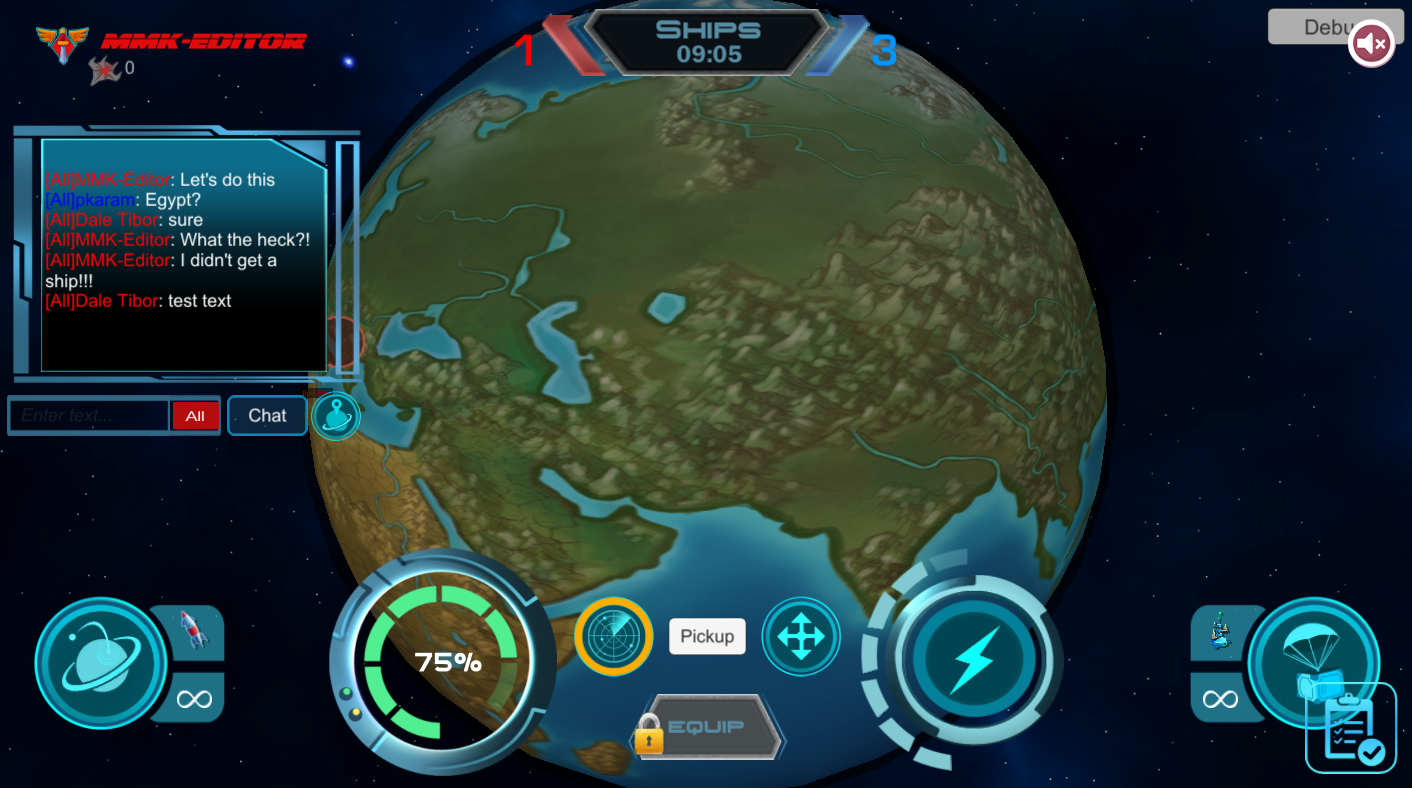 Music and sound effects were an area that only recently got the attention it deserved. Where we started with basic SFX from libraries, we later got great audio engineers to customize the sound effects for our game. Also we had amazing composers producing our original music tracks. You can see the full team here. We use positional 3D sounds, with customization via FMOD and most recently, we started integrating adaptive music tracks, by Mark McCullough, into the game. The effects cannot be described in words, and is hard to feel in videos. So you’ve got to try the game for yourself to get it.

A lot has been added to the game in recent months, and more changes are coming, but we have already come a long way and we are excited about the future. We recently made the cut into IndieDB Indie of the Year Top 100 list, are planning to move from soft-launch to full launch over the coming months.

If you would like to see more videos or learn more about our game or journey, then drop into our Discord server and say "hi."

For more details and progress update, visit our website or our FB page

Here is a final video that shows how the game looked “Back then” vs “Now.”