The Dream King is the world's first 4-Player Co-op &

Versus Side Scrolling Action RPG
that combines elements from

In addition to it's unique blend of features,

there's also a big focus on the gameplay,

The Dream King will immerse the players in an enormous
high fantasy world with a wide range of characters and story!
It is being developed for multiple platforms including Windows,
Mac, Ubuntu, and possibly even a big release
on the major home consoles a bit later on!


We are preparing for our first worldwide

release on Steam very soon!
You can help our IndieDB page grow by 'watching' us!
If you have a twitter account,

please be sure to check out our twitter
for up-to-date news, screenshots, 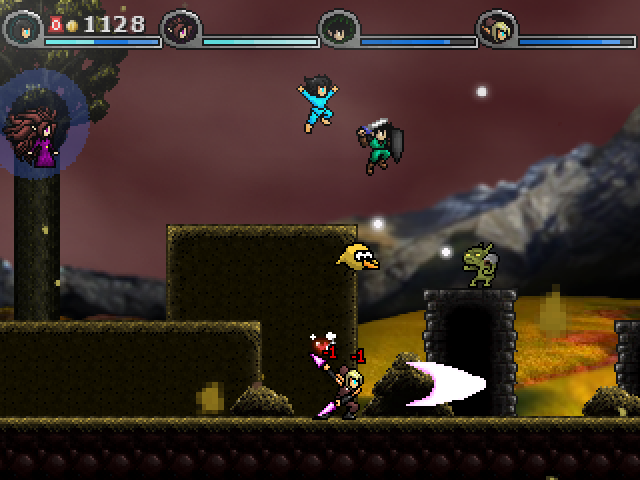 Up to Four Players can play at once locally! 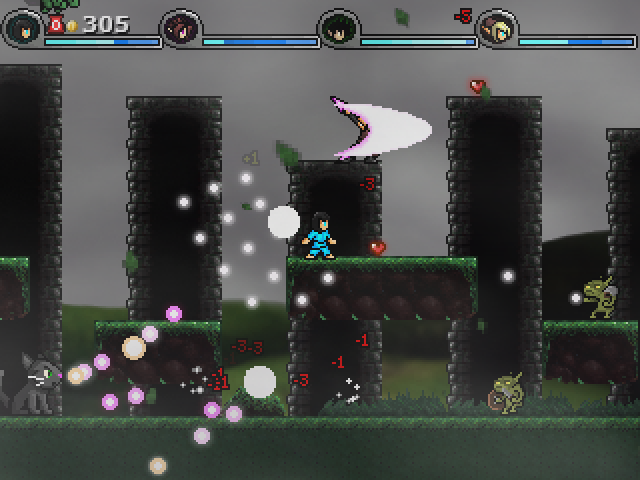 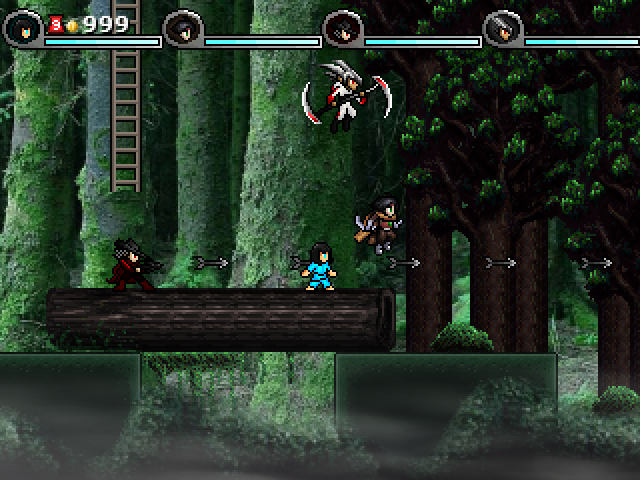 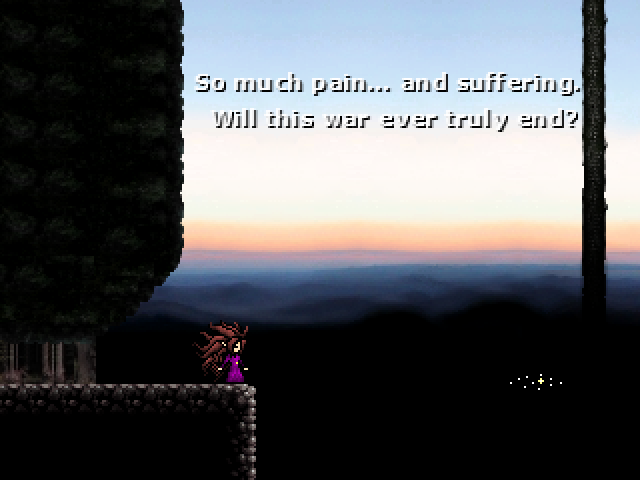 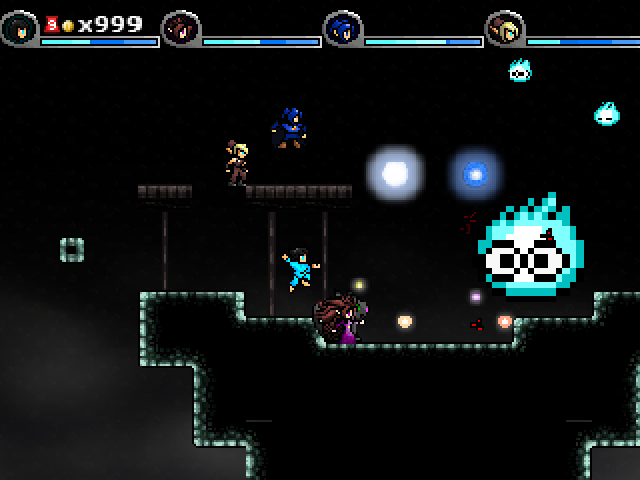 This Mini-Boss later becomes a mouse/touchpad controlled familiar that helps you out! 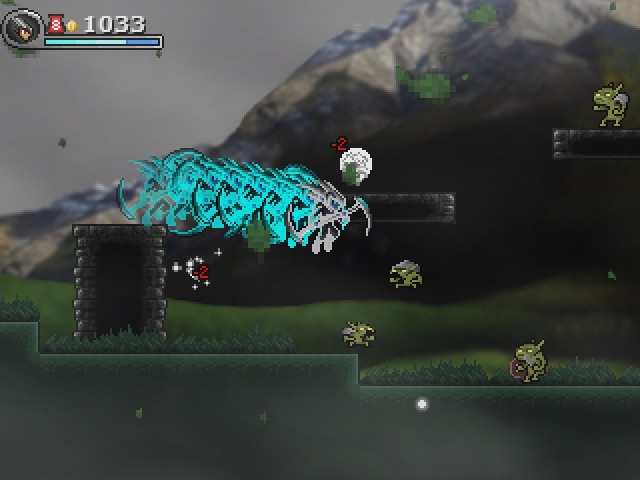 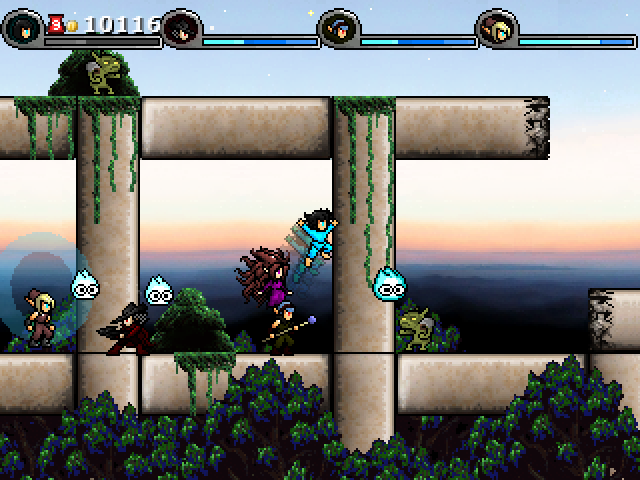 Some of the backgrounds are visually stunning! 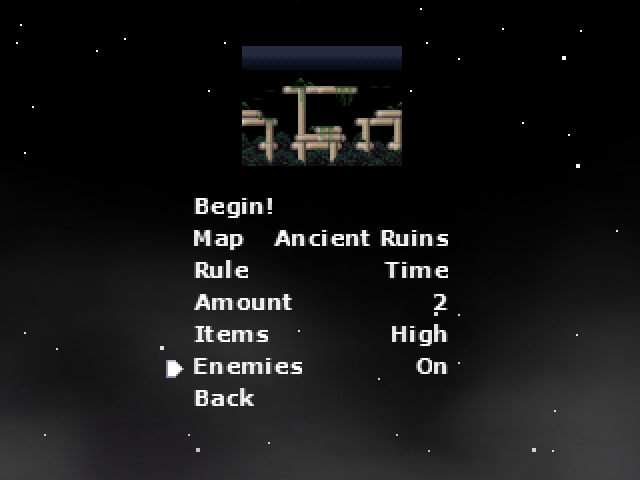 In addition to Single Player and Co-op, there is also a fully customizable Versus Mode! 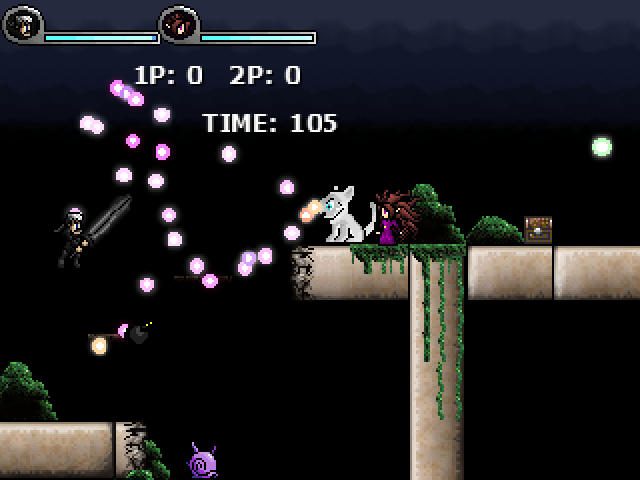 At any point you can take a break from the main quest to test your skills against one another! 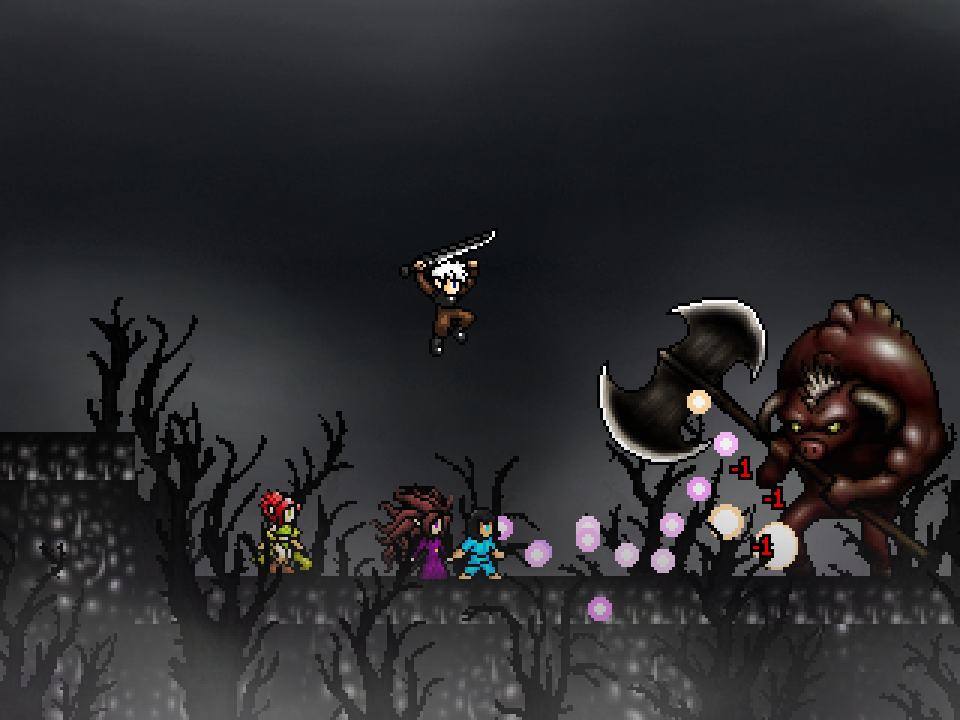 These Minotaurs are like Mini-Bosses, each one with as much Hit Points as a tank would have! 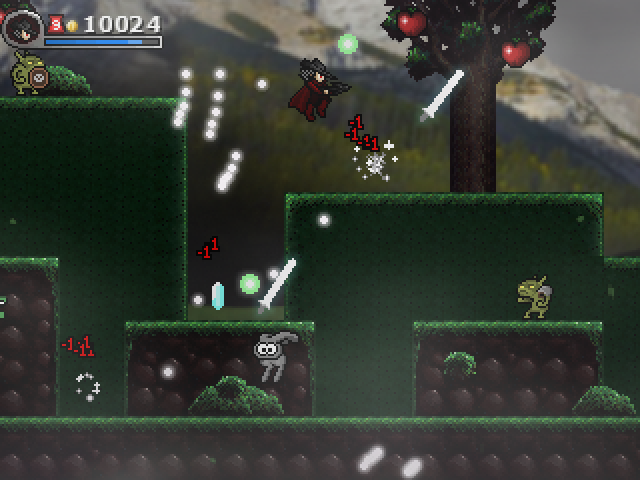 Each and every character has their own signature Special Move they can Unlock at the end of the game! 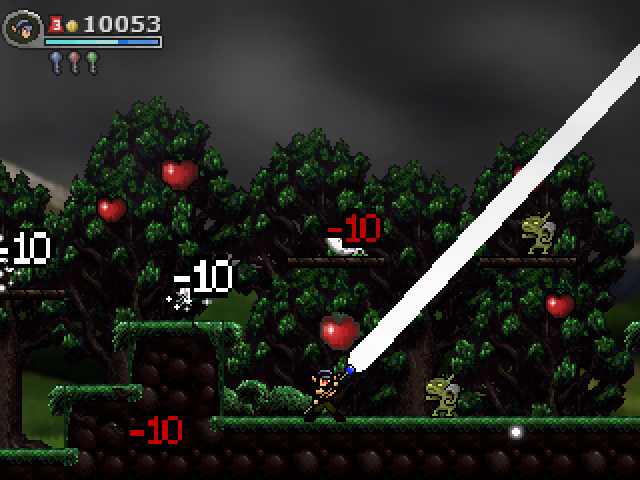 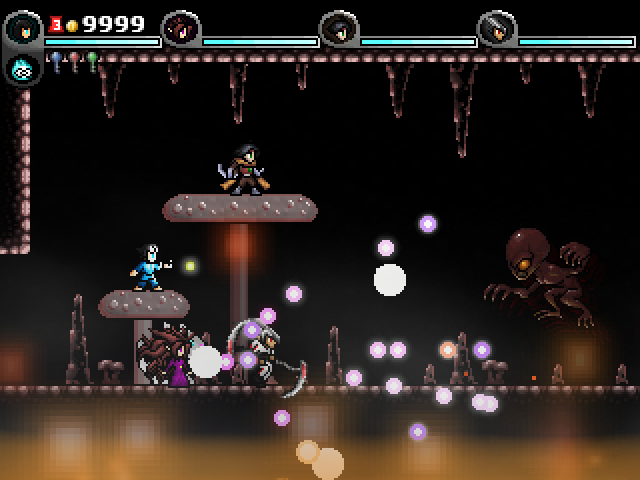 This is Burn, a custom created enemy designed by one of our highest Kickstarter Backers! 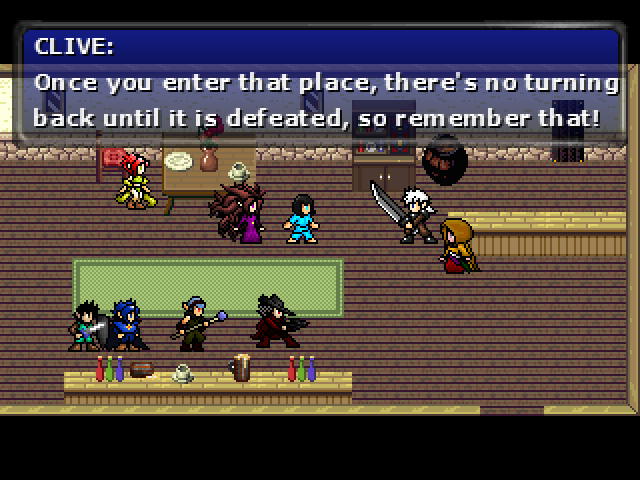 Towards the end of the game, things start to get serious! 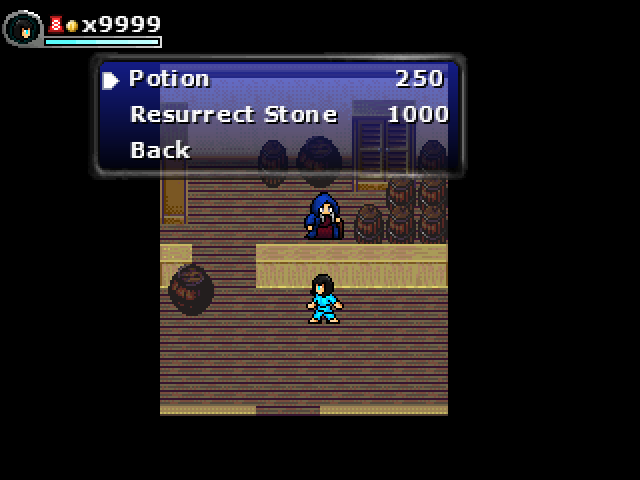 Use your hard earned money at the Shops to purchase valuable Items and Upgrades! 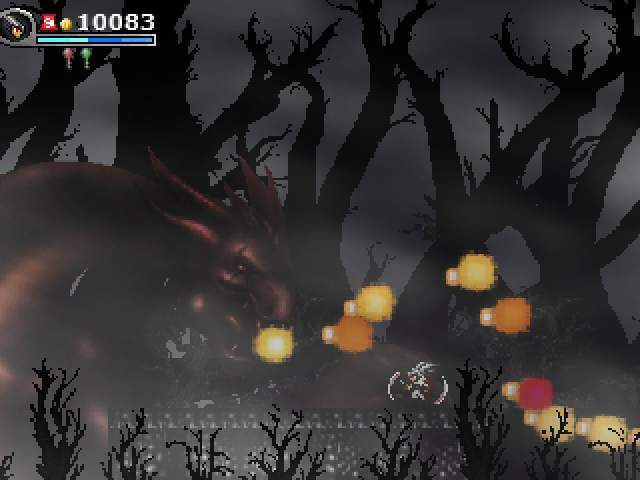 The tower is guarded by a terrible, fire breathing dragon! 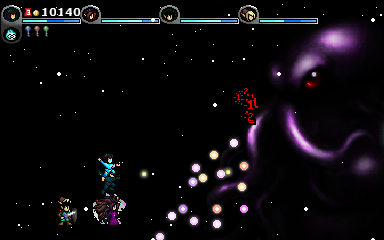 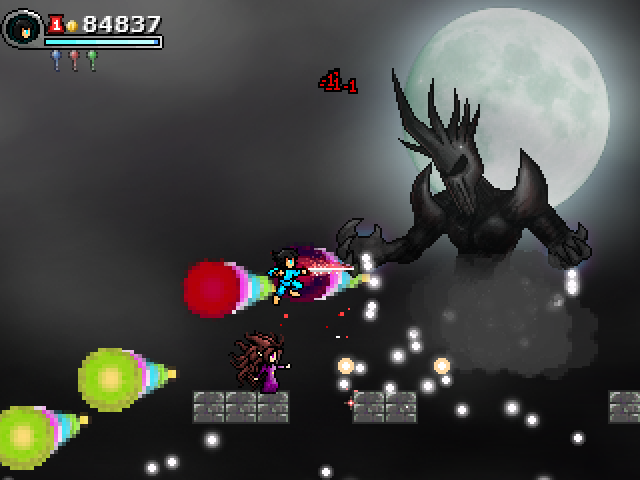 The Dream King VS The Nightmare King! 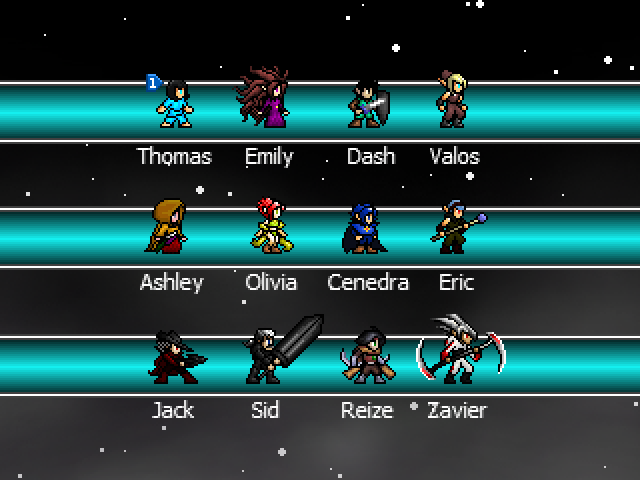 There are 14 playable characters total, each with their own unique moves and play styles! 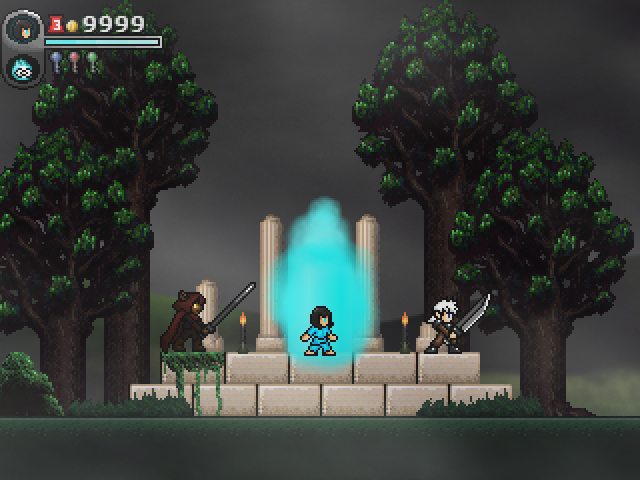 Two more extremely powerful playable characters are accessible at the very end of the game. 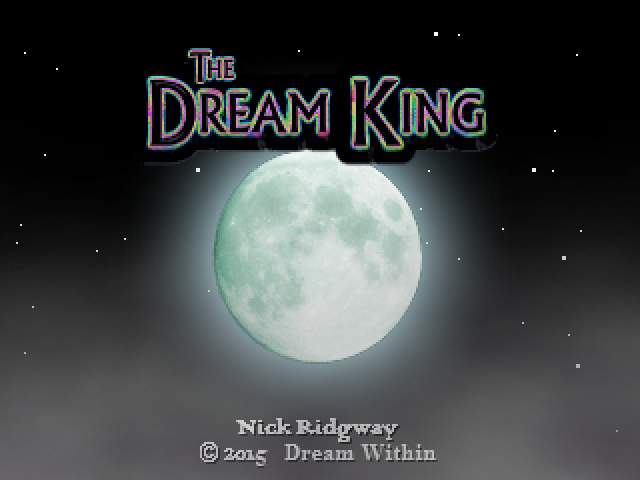 The title screen and logo. 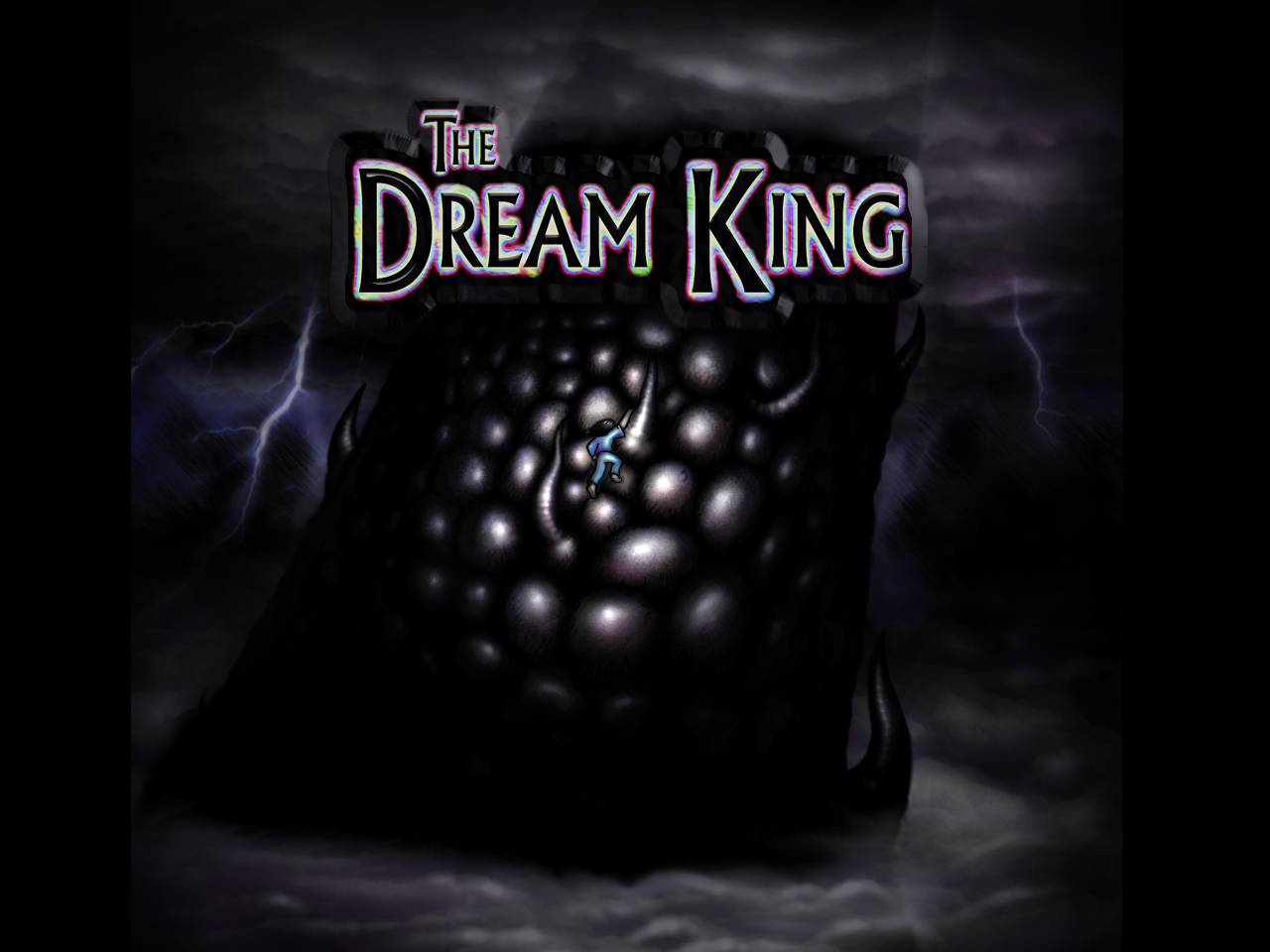 Thank you for taking an interest in my first indie game!
Please follow me at:
Twitter.com
Twitter.com
Facebook.com

The world's first 4-Player Cooperative Metroidvania makes it's debut tomorrow at 4PM Central time!
Thank you so much for all of your support over the years and helping to make dreams come true!

Endica VII The Dream King is coming next week to Steam/Windows!

Endica VII The Dream King is now available for purchase on Steam, and it's on sale for a limited time!

We have a new Retro Gaming Teaser Trailer available now! Check it out!

We just gave our IndieDB a major face lift! With the release The Dream King just around the corner I've been updating everyone with a lot of new information...

Omg! I haven't seen footage of the game for a couple years, but loads impressed, wishing the best you earned it several times over with your talents, if I'm even capable of inspiring you in any way I'm glad to have helped with to help create this masterpiece. I'm glad you're seeing this through and not letting go of your dreams, not everyone can create something from just a dream and turn it into a reality everyone can share with you. I believe in you and always have had faith in your talents, your friend Chon

It's Eric: I'm just curious as to whether or not I can still run this "lone wolf" as in, by myself similar to an original Mega Man or Metroid/Castlevania game. I like the idea of having multiple characters in CO-Op, but I really want to make sure I can go the adventure alone, with one character at a time.

Hey Eric, good to hear from you again! Of course! There is also a single player mode where you can choose any available character that you want! Also, a lot of the gameplay settings adjust to accommodate how many characters are playing at once and also which difficulty setting you have chosen, things like the total number of enemies, their hit points, stuff like that!

Thank you very much for the wonderful feedback! Keep the comments coming! :D

Very good game. A lot of passion and thought has gone behind it. Definitely a game to look out for.

best game ever more please in the next update made pvp and chalenges plz plz plz thx for the game!

Hey everyone, I just launched our Steam Greenlight page, and it's really important that we get as many yes votes, followers, and comments as possible! You can check it out at the following url, thank you so much for your support!

Just a recap of the game, it is a 4-Player Cooperative and Versus "Metroidvania" Action RPG! :D
It is still early alpha but it's going to get a lot better soon! A new demo will be available in September! 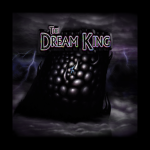