The Dead Walk is an exciting 2D action adventure set in a nightmare world populated by flesh eating zombies.

Breaking news! THE DEAD WALK makes it into the final of the TIGA games contest!!!
Connect.innovateuk.org

You are the last bastion of hope and must conquer an expansive and meticulously detailed world in order to save humanity and uncover the mystery behind how this has happened. Ultimately it will be released on PC/Mac/Linux, iOS, Android and HTML5 for web browsers. What you see above is an early Alpha teaser trailer of what we have so far, which is far from completion, the only way our true vision will come to fruition is with funding. Watch the trailer now!!

First there was ULTIMATE GLOOM. Then there was a ZOMBIE MASSACRE. Now THE DEAD WALK once more. 2D ZOMBIE GAME - SEE OUR ALPHA TEASER TRAILERS - For best results 720P + Fullscreen.

and now the second teaser!

More detail on what we require funding for. We are applying to various game funds and competitions to try and compete this game.. If you wish to help us complete this game you can simply follow us on Facebook and Google plus - the more followers we have the more likely our crowd funding campaign will work, even by sharing our links and campaign online you will be doing a great deal of help, let us know and we will give you a free copy of the game and access to our VIP section. Of course if you want to throw a few dollars our way to help the funding then please do. More news of the campaign once it goes live on one of the major crowd funding sites.

The Dead Walk is a very advanced 2D zombie game currently in Alpha Phase. This means that it is working and playable but not yet completed. There is still quite a lot of work to do to bring it to a full release.

Firstly the game is currently written in desktop Java meaning it can only run on PC/Mac/linux, the aim is to get it out on iOS, Android and hopefully web browsers (Facebook/Google Plus). Once completed the game will be released for $1 on iOS and Android, there will also be a free version with adverts. The Facebook and Google Plus versions will be free with the ability to purchase extra features and content. Desktop versions for PC/Mac/linux will be fully featured and sell for $5 and include USB joypad support.

The game will be much deeper than it currently appears in our footage. The player will start with a simple machete and work his way up through better weapons (pistol, shotgun, rifle, rocket launcher, flame thrower etc). This means the game will be very tough at the beginning and the player will have to use stealth tactics like creeping up on zombies and attacking them keepfrom behind. The player will also be able to hide in the shadows to avoid confrontation. More noise brings more zombies so being silent can allow the player to get through the level facing less zombies. Players can also create decoy noises by setting up a distraction that the zombies will go to investigate. Traps can be set allowing huge groups of zombies to be disposed of in one go, for example the player distracts zombies with a decoy and when they go to investigate they hit a trip wire which explodes dynamite.

Much like in 3D games the player will be able to do advanced movements/animations, like hugging the wall while in the shadows so they can proceed unseen. The player will be able to do special moves in the right situation, like jump off a higher object and slice a zombie in two using a sword for example (similar to something like Assassins Creed). The player will also be able to dismember zombies, for example blast off an arm or a leg, or even a head. In this event the zombie will still keep walking, but with the missing body parts - so for example if the legs are blown off the zombie will continue to crawl at the player, or if the head is blown off it will walk blindly towards the player with blood gushing out of its neck.

There will be a story running through the game, which unfolds before the player's eyes. The player will uncover the reasons behind the zombie outbreak and ultimately hunt down the people responsible. But during the course of the game the player will also meet many good and bad people, resulting in sub-missions within the game. For example if you rescue the little girl from the hotel, her father will become your loyal friend - he will pop up from time to time to save your life and aid your journey. Another example might be that you meet a group of people who aren't zombies but still want to kill you, and have you trapped in a building - you will have to escape and break out from their compound.

Most of these missions are optional but can give great returns. These returns will be things like new weapons and abilities, weapon and character upgrades as well as perks and things which can be called in. For example after a mission the player might be rewarded with an air-strike which will arrive in a crate and can be called in to wipe out many enemies. Similarly the player could choose to increase their fire-power or running speed.

The game will feature lots of cool moments and 'set pieces'. For example when escaping from the compound, the player might toss a flash grenade into a room full of his captors, then charge in wiping them out in slow-motion, before stealing their weapons and detonating their head quarters. Many buildings will be destructible adding to the realism of the game.

You will also be able to swap to different team members as they join you. For instance when the main player is trapped in the compound, you will be able to flip to one of your specialists who can help in a particular way. For example, you could flip to the explosives specialist who will blow a hole in the wall of your cell and unchain you, or you could flip to your sniper specialist (hidden in a mountain many miles away) who can pick off the guards as they become visible. In this case a cross-hair will appear that you can control.

As you can see from the graphics already, the game is dark and serious. The rest of the game and story will continue in this manner (something like Manhunt). The resulting game should be a dark horror style 2D game the likes of which the world has never seen. I like to think of it as an advanced more serious mixture of Castlevania, Ghost n' Goblins, Shinobi, Metal Slug, Rolling Thunder and more. It is inspired by the 2D classics of the 80's and 90's but will be infinitely more polished and with a depth of game-play and story usually associated with 3D titles.

The hard work of creating the engine and 2D game design tool (entirely from scratch) has been largely completed. Using the code I have developed - all of the above is entirely possible - to do this I have created a tool named Dead++. This tool allows me to piece together levels, missions, sprites, buildings, interactions etc. The development of this tool and engine has taken many years and is still not fully complete. Creation of the graphics has also taken a very long time and again is not fully complete.

We have self funded this entire game but are now completely out of funds and cannot continue development. Instead of stopping the development entirely we decided to make an Alpha stage demo and release videos of it to potential funders. Check out our videos and screen shots to see how far we have come already. With time and a little funding we can complete this epic title and release it to the masses. If you are interested in seeing this game released please consider donating to our cause - check out the rewards on offer to the right.

Thanks,
Gareth Murfin
Radiantsilverlabs.com
(Designer and developer of The Dead Walk).

Here is a break down of what we need the funding for:

Finally starting to see some previews of Genocide Dolphins on indie games blogs! Check out some of the things they had to say below.

"A combination of a sheer gusto, a fantastic title, a cool and unique pastel cartoon aesthetic" indiestatik.com

"Takes the player through a journey across strange, surreal landscapes reminiscent of a design student's drug-fuelled nightmare" newrisingmedia.com 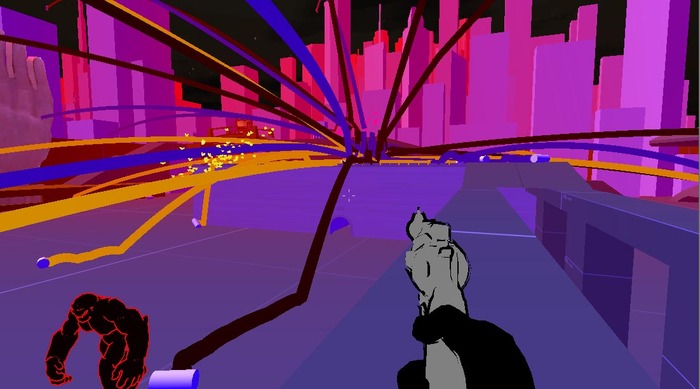 I have added these quotes into the Kickstarter video which can be seen here:
Kickstarter.com


Unfortunately the Kickstarter funding isn't going too well, but I haven't lost hope yet!

The Dead Walk - Some new experiments

The Dead Walk is a 2D zombie game Im working on. I will post new experiments and advancements videos up here regularly.

The Dead Walk is a new 2D zombie game coming out soon - it is currently in the final of the TIGA games contest. We have just released our second Teaser...

After many sleepless nights we are proud to announce the teaser trailer for our up and coming 2D zombie computer game "The Dead Walk"! First there was...

Thanks very much! New trailer out now :-) Youtu.be

Tags
Embed Buttons
Link to The Dead Walk by selecting a button and using the embed code provided more...

This War of Mine Platformer