The Airfighter is a small arcade shooter in which you have to take down as many enemy airplanes as you can and turn the odds of the war to your side.

And again one year passed by...

I have to indiegamestudios, one with my brother and other for games that I'm making only myself. Let's take a look what I released in 2012:

Harmageddon: Enhanced Editon + 3 DLCs
I originally released Harmageddon two years ago, but this year I finally got it ''ready''. The original game got lot of updates and fixes, and I also made three DLC-campaigns including civil war and zombies. I've been working with Harmageddon 2 also, but more info about it in future...

Rainy Day
I made this little game in July, when I got inspiration to make something different. It's really short, but I tried that it would make player think what he/she should do in that kind of situation. I'm glad that it got so much positive feedback.

City of the Dead
I wanted to make something when the world were supposed to end, so I made this. ''Make it like a day Z for the ones that doesnt have a computer with enough capacity to run day Z''

Other releases:
Pandemia: Doomed Xmas (standalone version of DLC-campaign that were included to Collectors Edition)
Dragonov3D (sourcecode for engine that is used in Pandemia-series)

Sadly, there were also few games that got cancelled.

Gario: Back In Action
It were close that I'd released this, but finally I decided to cancel it. Or do you think that world needs another Mario-clone?

Heil to the Dead
In fact, this just turned from FPSC-game to HL2-mod, but it changed so much that I don't think it's same game anymore.

Pandemia: ReBorn
This were supposed to be second DLC to Pandemia, but it has very weird bug so you can't shoot. I didn't found a way to fix it so I cancelled it.

Pandemia 2 is coming for summer, other release dates will be informed later.

PS: 10 of our games are now available in Softpedia!

Game.exe The Airfighter is scrolling shooter game by Electro Games Finlandos. Your mission is simple; destroy all enemy planes and get best highscore! 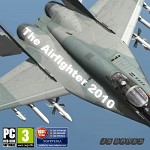 Twitter
Tags
Embed Buttons
Link to The Airfighter 2010 by selecting a button and using the embed code provided more...

The Valley of Super Flowers Platformer