Experience authentic First World War action with large scale battles of maneuver on the Eastern Front. Warfare between the Russian Empire and the Central Powers is a tense battle for dominance – stay close to your squad to survive!

Both Tannenberg and Verdun enjoy an update today, including loads of fixes, improvements and sound tweaks… but also a brand new prestige system! On top of that, Tannenberg also sees exciting changes to maps, call-ins, and spawn flow! 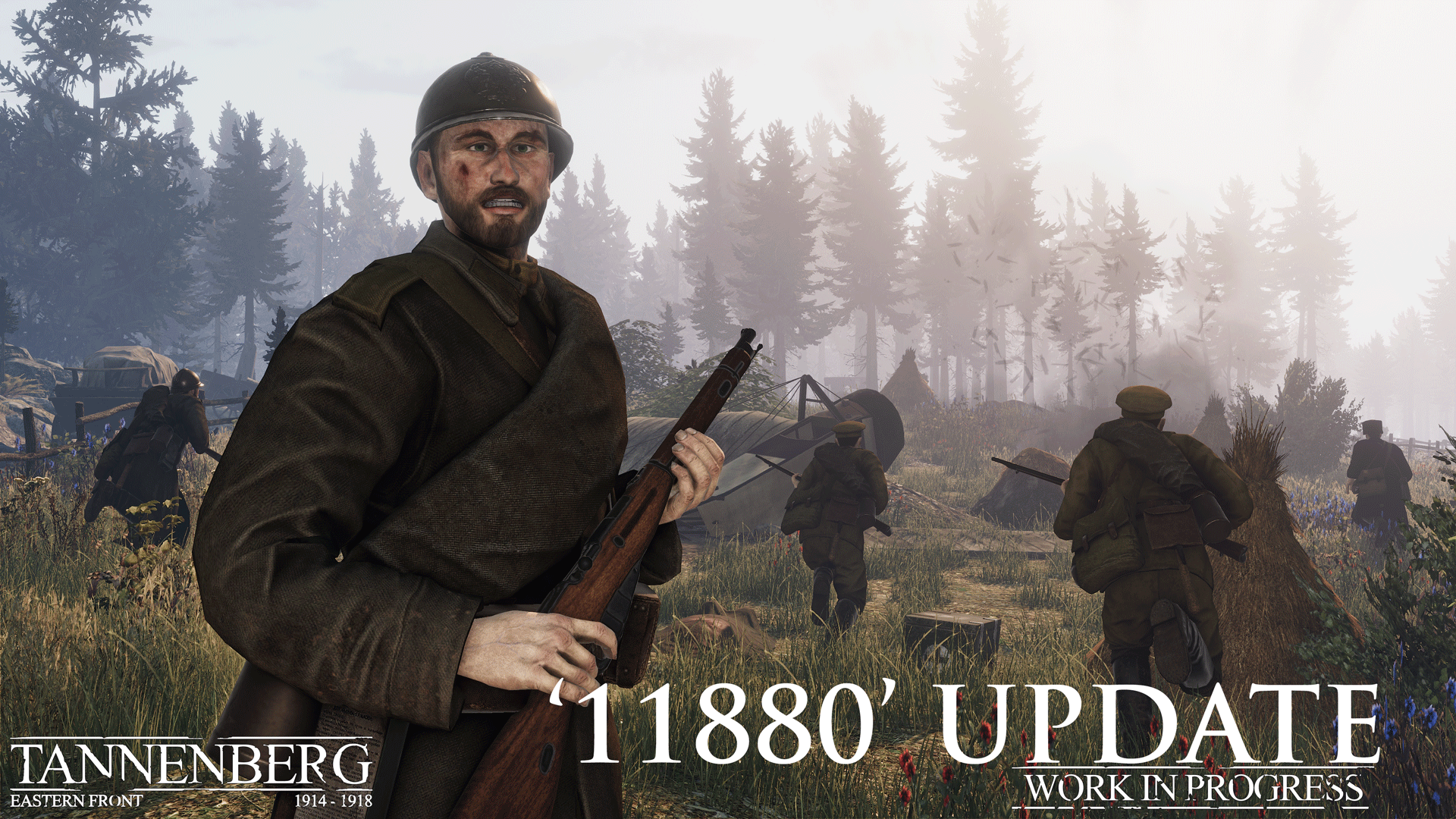 Both Tannenberg and Verdun enjoy an update today, including loads of fixes, improvements and sound tweaks… but also a brand new prestige system! On top of that, Tannenberg also sees exciting changes to maps, call-ins, and spawn flow!

Prestige System
The highlight in this update is the next step on our roadmap: the new prestige system! When our veteran players reach level 100, they can now choose to increase their prestige rank. This earns a new icon emphasizing their veteran status. Then, while keeping all accumulated XP, their player level is set back to one, along with resetting their unlocks and squad roles specialization. They can then level up to 100 again… and there is more than one prestige rank to unlock for the truly dedicated!

Map Adjustments
We had a close look at the issue of lone-wolfing and a feeling of emptiness in the maps. Looking at the map size, most Tannenberg maps had an average width of around 350 meters. In Verdun the biggest map called Flanders has a width of around 220 meters, and playing this with 32 players can feel rather empty. When playing this map with 64 players however there is a lot more action going on and less lone-wolfing. This is why we came to the conclusion that Tannenberg maps are simply too big and required an overhaul in size to bring more action to the game. All maps have now been adjusted to be around a width of 200 meters. This change also streamlines the maps so it is more obvious to the users which direction they should go in order to be part of the battle.

Call-In Adjustments
The old call-in system had a few issues such as phone camping, artillery spam, and overpowered artillery when owning two artillery sectors. We have revised the system of call-ins with the following changes:

Spawn Flow
The previously introduced spawn flow wasn’t yet achieving what we intended. Therefore in this update we’ve addressed some of the annoyances with the current spawn flow:

The spawn flow is still in a WIP state and this is mostly caused by the fact that the spawn flow does not really communicate its status graphically to the users. This is something we will fully address in the new UI. Feedback on the new spawn flow is appreciated, and our Steam hub is the place to do it!

Survey and Giveaway!
We’re running another small survey, this time on your playing habits around Verdun and Tannenberg. Once again it’s a 5 minute questionnaire, and by taking part you’ll be entered into a giveaway with a chance to win a key for Verdun or Tannenberg. Take part in the survey!

More updates
Of note are several improvements to bot behaviour, a rework of the telephone system, and better selection of multiplayer game hosts. Some other key changes in this update are:

Check out the full changelog on our Steam hub. As always, if you encounter bugs or other issues with the new version, please submit them to our support website!

In other news, the UI update is coming along well, and we hope to have some more teasers to share with you soon, and to get some feedback as well!