The game sees players taking on the role of a small animated cube of meat named Meat Boy who must save his girlfriend, Bandage Girl, from the evil Dr. Fetus. Players must use sharp reflexes to guide Meat Boy to the end of each level, using his wall clinging ability, while avoiding buzzsaws, salt, and other various death bringing obstacles. The game will contain about 350 levels, which are split across various chapters. Levels in each chapter can be played in any order, but a certain number of levels need to be completed to access the boss stage. Completing a level within a certain time will earn an 'A+' grade which unlocks a harder alternate level. In addition to these, there are hidden warp zones featuring retro styled bonus levels with three life limits. Clearing certain warp zones or collecting hidden bandages unlocks guest characters from indie games. There is also a replay function, showcasing failed attempts simultaneously. The XBLA version features an unlockable mode called "Teh Internets" which will be freely updated with new levels. A full level editor was planned, but due to new regulations concerning user made content on consoles, only the PC and Mac versions of the game will have this feature, which will be released some time after the PC version ships.

Just minutes after Edmund McMillen strolls through our front lobby, and exchanges greetings with design3 interviewer Ben Mears, they’re already in the midst of a discussion of various game publishers and their assorted crimes against indie-game humanity. Edmund is the art and design half of Team Meat, creators of the hit game Super Meat Boy, with Tommy Refenes making up the programming half. Edmund got his start in the game industry by working on the award winning game Gish and hasn’t looked back since. He has become a hugely popular game designer, and is most recently known for the roguelike game The Binding of Isaac. He is also famously known for saying what’s on his mind, and not taking crap from anybody; be it measly internet hecklers or mighty corporate giants such as Microsoft. He is self-taught, both in art and in game design, and doesn’t worry about adding offensive or controversial content to his games. 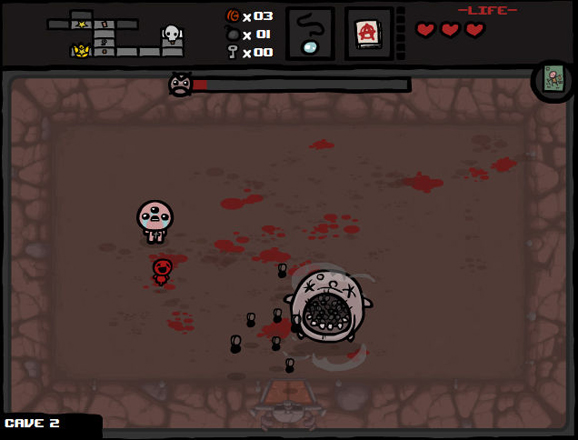 The Binding of Isaac

That being said, and disclaimers aside, his advice is straight as an arrow regarding video game design. His first tip is to pay more attention while you play the games you enjoy. For example, “Question why, in the latest Mario, coins even exist when lives are pointless? What does it matter? You’re gonna get a continue and then continue again?” Good game design, to Edmund, involves not letting any aspects of your work go unquestioned. “What should I add here and why? What worked back then that doesn’t work now, why doesn’t it work now, and how can I make it work?” All very important questions to ask when designing and planning your own games, because unlike many other artistic works, most games involve some kind of repetition. During repeated attempts at achieving the particular goals in your game, aspects of gameplay that were underdeveloped or ignored can become highly noticeable and frustrating to players. “How can I avoid frustration? How is frustration created in Meat Boy?” Edmund recalls asking himself. “Frustration is created by having a penalty....what’s the penalty in Meat Boy if there’s no lives system? Well, the penalty is how much time it takes to start playing again. So if we take that down to nothing...what do we have penalty-wise? Well, the penalty is how long it takes for you to go from start to finish...It’s little stuff, but you’re chipping away at it until it becomes close to perfect.”

Much like determining the theme when writing an essay, finding ‘the core’ of a game helps you stay focused during development. It also helps greatly when making gameplay decisions. When asking if a certain mechanic should be implemented, you can determine which answer best supports the ‘core’ of your game. Edmund continues, “That’s basically it, you just chip away at it logically, with one set goal. Like with Isaac it has nothing to do with frustration lacking...my goal [was] to create a unique experience every time you play...I wanted the game to trick myself, I wanted it to fool me...Okay so, I make it so ten percent of the time maybe the enemy is a little bit bigger, little bit tougher, but gives a bit more of a reward, and so on. So when you’re starting a new game, you’ve got to find it’s ‘core’; with Meat Boy it was ‘difficulty without frustration’ and with Isaac it was ‘replayability’. You find the core, and you just chip away everything else until it’s very prominent. Even like, Jonathan Blow’s latest game The Witness, I know he’s doing the exact same thing because the core is ‘puzzles.’ And you can see that he’s chipping away, and there’s puzzles within puzzles within puzzles and then there’s puzzles outside of puzzles...he found the core foundation of what he wanted, chipped away until it was perfect, and then built around with the same theme.” 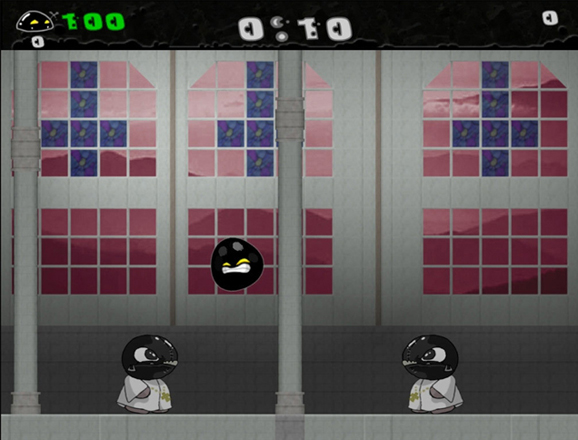 In short, Edmund’s advice to you when approaching your first video game design project is to “find out what your goal is, and interweave every aspect of your game into that goal.” While playing his games, one can easily see this philosophy in action. Approaching your own game projects this way will greatly improve your future results.

Check out the full video interview with Edmund here:
Design3.com

Article by Pat Flannery: Pat is currently a Production Assistant at design3 and has been busy shooting and editing lots of interviews with game developers and industry professionals. Find him on design3.com as “pflannery” or follow him on Twitter, @design3video.

Players Choice - Indie of the Year

Is on my own TOP-10 Indie. Amazing style.

Want to watch someone else struggle with this game until the end?

Want to watch someone struggle with stupidity while they pay the whole thing at 30FPS because they didn't realize their recording software was throttling the game?

Team Meat have added Super MEat World and an editor so there is no need for a sequel at all.

Some levels are brutally difficult. But because of the smallness of the levels, and the good controls, the difficulty doesn't frustrate me (at least not yet).

There is some really awesome level design in this game as well. Congratulations team meat, on creating a very memorable game.

I can't wait to see what you come up with next!

I don't like plataform games, but this one looks pretty cool.

I Don't Know Which Name I Should Give This Game Platformer