Leia Organa, a Force-sensitive human female, was a princess of Alderaan, a member of the Imperial Senate, a leader of the Alliance to Restore the Republic, a member of the Galactic Senate, and general of the Resistance. After succeeding restore freedom to the galaxy, she settled down in an effort to start a family with her husband, the smuggler-turned-Rebel, Han Solo. Shortly afterwards, Organa became a prominent member of the reconstituted Galactic Senate. On the Rebel outpost of Ajan Kloss, she would receive some Jedi training from her brother until she put down her lightsaber to prevent what she sensed as dark temptation to her unborn child. 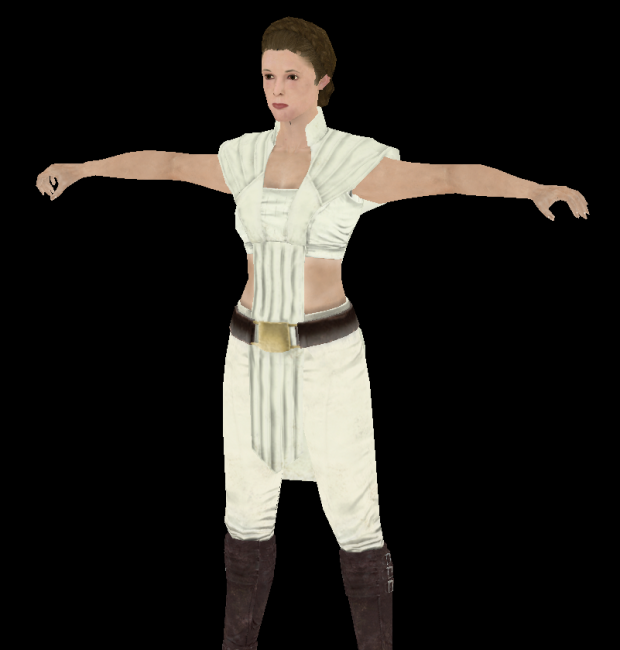 Could you make a Republic Gunship for modders

But there's one in the stock game....

I love this exchange XD

I wonder if it's possible to mod an already existing map, to add these assets, I can't remember exactly how zero editor worked but...It really makes me want to try starting modding.

Yes, but modders have to add this to their map.