Jan Ors for modders Jan Ors was a Human female Alderaanian intelligence operative who began her work as an agent for the terrorist organization Justice Action Network. As the undercover agent Jan Strange, she then shifted to helping the Alliance to Restore the Republic, becoming one of their trusted operatives. Ors was instrumental in recruiting Kyle Katarn to the Alliance and together they worked on many missions for the Alliance and later the New Republic. The two would later become romantically involved. Ors continued her work for the New Republic by joining Alpha Blue, a secret intelligence organization, that she eventually took over from Hiram Drayson. There she worked for the Galactic Federation of Free Alliances against the Yuuzhan Vong.

*Converted from Jedi Academy by Teancum
*DH-17 blaster model by Sereja
*Credits to Raven Software and LucasArts for the original model
*Converted using Blender tools from the fantastic JKHub.org 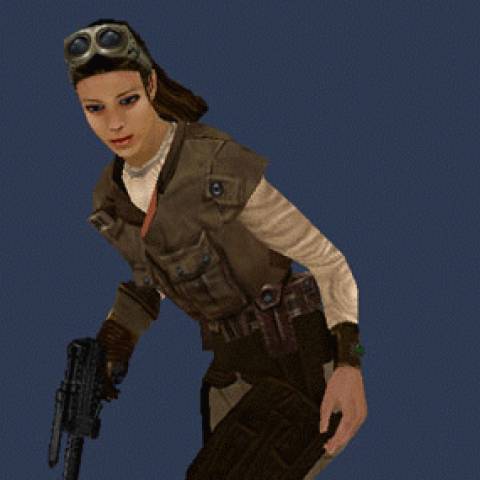