The game begins with a standard mission, the Galaxy-class starship USS Dauntless (NCC-71879) is in orbit of a planet in the Vesuvi system. Captain Wright is onboard a shuttle en route to an orbital research station when the Vesuvi star suddenly goes nova. The resulting shockwave is devastating, destroying the planet's orbital stations and obliterating the Captain's shuttlecraft. The USS Dauntless escapes under impulse power, but sustains damage to her warp nacelles. The ship is towed back to a Federation drydock by an Akira class, and fully repaired by worker bees. The executive officer(the player) is promoted to Captain. Soon the player is joined by Captain Jean-Luc Picard. The ship departs drydock for Starbase 12, the command center for operations in the Maelstrom region. As the game progresses, you and your crew are transferred to the USS Sovereign, the pathfinder of the Sovereign class. The vessel will eventually become a key factor in solving the mystery in the Maelstrom

This is the latest official patch for Star Trek: Bridge Commander. 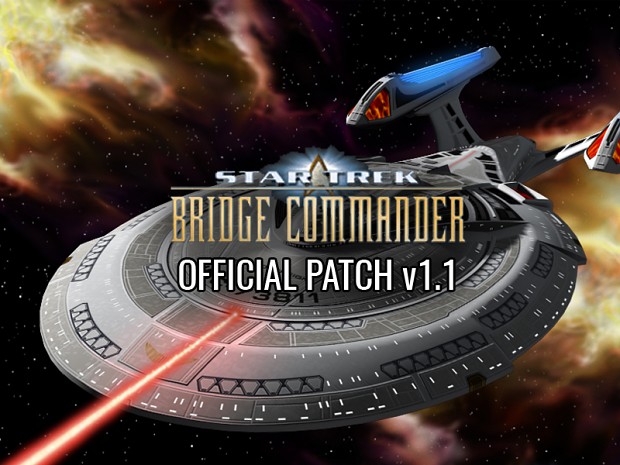