Tomatello... Years and years he waited this time. He watched countless friends of his getting torn from the ground by people to produce gallons of juice. Tomato Juice. But no more! Taking the role of the Leader due to his extraordinarily high Charisma, he formed a Band of 5 to take his vengeance… He recruited Fastio who, with his superior agility, can come and go in the blink of an eye. Fastio brought along his brother Strongo, a former champion of wrestling, specialized in front row encounters. For sabotage purposes he invited Sicko, as his juice is more lethal than any known poison. And last but not least, he needed the help of Fatso, also known as the “Trojan Tomato”, to help his fellow band members to infiltrate undetected. "And I will strike down upon thee with great vengeance and furious anger those who attempt to poison and destroy my brothers." -Tomatello

Squeezy The Tomato is released for Android!

We recently released our fourth mobile game called "Squeezy The Tomato: Tomatello's Revenge". It is a cartoon, fast paced action game where you have to tap and squeeze tomatoes! It is extremely easy to learn and hard to master. It offers the basic whack-a-mole mechanism, with some extra features and two fun modes!There are five different Characters, each one reacts in a different way. The characters are:Tomatello - You have to Squeeze him only once.Fasto - He's the racing driver! He has to be squeezed only once as well, but he is the fastest tomato, so add him as a priority in squeeze queue!Fatso - He's pretty fat and when you squeeze him, he splits into two "Tomatello"s.Sicko - He's green, sick and you should not squeeze him, cause it costs a life.Strongo - He's the Wrestler. A tough tomato that needs to be squeezed two times.You can choose between Time Attack Mode and Survival Mode. 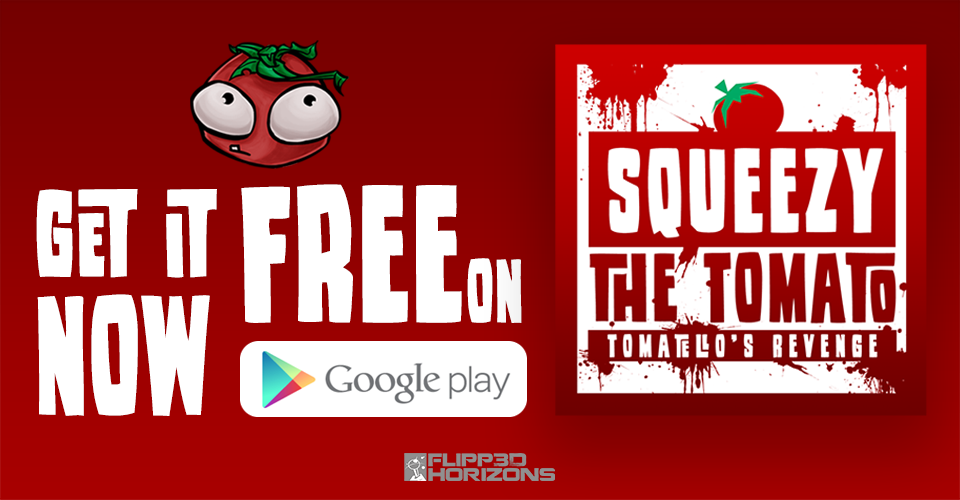