Not only will Solaris Assault Tech feature hard core, skilled based, mech combat but this event also aims to engage players on a casual level as well. From a variety of devices, whether it be your mobile phone, tablet, web browser, or even your TV, you'll be able to join in any ranked match as a spectator from the comfort of your very own camera ship. You will not be limited to just watching matches, you'll have an opportunity to invest in star players, sponsor other players, and interact directly with matches in a variety of ways such as placing bounties on dishonourable players. A combatant's fame will be directly affected by their fans responses. 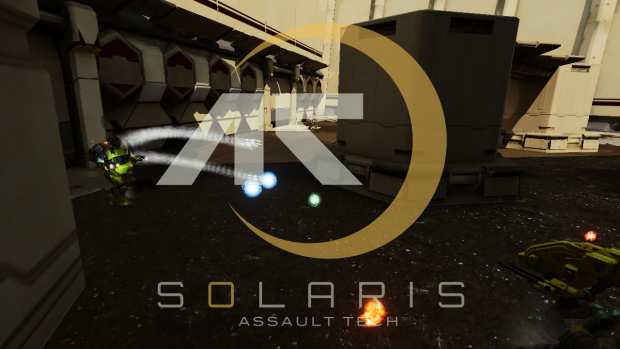 We are pleased to release these public screenshots of our recently presented work at GDC Play in San Francisco. These are raw screenshots taken from our work on Unreal Engine3.