Sins of a Solar Empire is a real-time space strategy and the first chapter in an epic science fiction saga. The independent Trader Worlds must unite and form the Trader Emergency Coalition to defend themselves against the return of their exiled brethren, "The Advent" and the arrival of the desperate remnants of the ancient Vasari Empire. Explore and conquer nearby planets and distant solar systems by applying brute force, cunning strategy, elegant diplomacy, economic mastery, and researched technology. The gameplay features seamless transition between epic strategy and tactical combat modes. 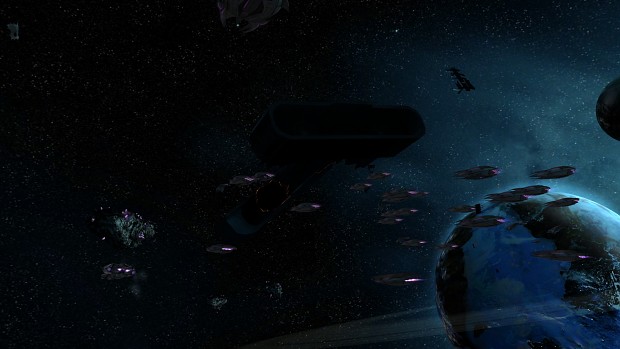 Me playing Maelstrom, and these are some of the screenshots I took.