A science fiction story from the ancient world—as a long night falls across the Earth, a stranger arrives bearing the promise of new daylight, and the breaking of old covenants. But survival comes at a price, as our storyteller finds himself thrown headlong into the stranger's dreams, running across words of fire towards a dire portent of the future. Run is a cross-genre experiment in games and intertextuality, combining aspects of arcade, strategy and puzzle games with text vignettes—an attempt to produce a serious art game, inspired by classic weird fiction, which still remains both polished and engaging, and plays well as a game. The full game, minus some options (fullscreen, auto-save, detail settings, etc.) is free to play as a demo from the game web site (listed in the profile). If you enjoy the demo, please consider purchasing the game. Your purchase on Desura also includes the game soundtrack, and helps support the developer to create more ambitious work in the future.

About the Game
Run has launched, concluding six months of hard work—endless rewrites (often for clarity, believe it or not), drawing, animating, coding, composing music and tweaking arrangements until everything was as close to perfect as I could get it.

I had a number of goals with Run—to tell a captivating story, to fit a lot of different gameplay elements together in such a way that they complemented each other seamlessly, and to create something with interesting and memorable art and music, all in a short-form, concept-driven game. While playable in a sitting, I think it also maintains considerable depth. It contains many references to other games, and recurring themes that wend their way throughout the entire experience.

I started the game shortly after moving from small town Victoria, Canada to downtown Vancouver. I wanted to capture the strangeness of living in a media-saturated environment; the push and the rush of the city; the micromanagement of time and duration; all the 3:00 a.m. false starts, rolling out of bed to find that what I imagined as dawn was just a brighter ad starting on the LCD billboard across the street. 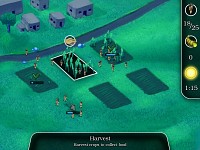 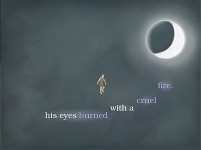 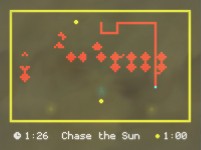 About the Launch
The Desura launch took place at 1pm PST today. Your Desura purchase includes both PC and Mac versions, as well as the Original Soundtrack, which you can find available under the Standalone downloads. I want to offer a huge thank-you to everyone who pre-purchased the game. Thanks for having faith in the idea!

There is also a browser version, which includes the complete game, minus convenience features like fullscreen mode and saved progress. You can find the demo here. Obviously if you enjoy the demo, I'd very much appreciate it if you'd purchase a download of the game. I'm hoping to move on from this to create even bigger, better things in the future, and your purchases help support that.

If you'd like to preview the soundtrack, or you're interested in obtaining the soundtrack separately from the game, it's available to listen to for free online, as well as to download for pay-what-you-want (minimum $2 USD) on my Bandcamp page.

So, was the demo only available on launch day?

Nope! The demo is still available through the Official Page link in the summary.

very intersting , may have to buy this game heck it has old skool games thats all i need =D good old days

Looks very intersting and the story seems to be very good. will buy when i got some money. :)

Looks awesome. Will purchase it when I get some time tomorrow.

Ha ha, well YMMV on whether or not you consider this "artsy." I hope it's interesting, in any case. :)