Ruins Wars is a multiplayer combat board game with real time strategy elements. Set in a post-apocalyptic setting, players battle it out for resources on a 3D game board supporting up to 4 players. Players will build and defend their home base as well as attack other players. Collect critical building upgrade resources from the Ruins to become strong enough to destroy the oppressive governor in this new bleak world. This game features single and multiplayer gameplay, real-time strategy combat, randomized board spaces with up to 16 unique cards to cast at the Ruins. 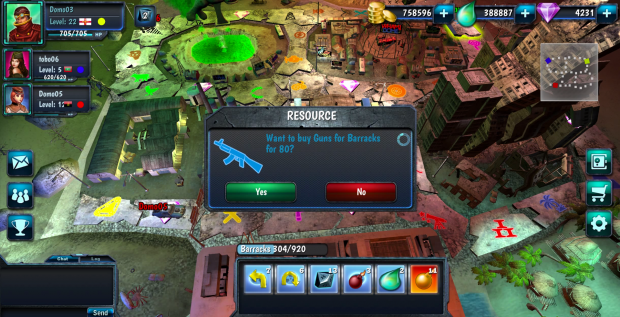 This is the screenshot of Ruin Wars board, where you battle with other players to win resources.