Raccoomania is more or less a traditional jump n run game, including a few untraditional elements compared to this genre.The players task is to help 3 crazy raccoons on their way to total animal-world-domination while completing different quests and tasks with skills and thinking.If you are asking yourself "why the heck do I have to move 3 Raccoons, isnt one raccoon more than enough?" - Hell, no. Every single of these cute beasts from hell got a different skill, which is neccessary to achieve the goal of the levels.
Introducing:
Wushel - a paragliding and parashuting professional who mastered so many jumps that he doesnt even need a parashute nowadays, since he can stop his freefall by the Formula (v = 9,81/2*t.) with his "ultrasonic-centrifugal-tailspinning"
Pancake - there are rumors spreading all over the world, that during his best times he was able to shoot pigeon couples sitting on a tree branch with a single pine cone. Nowadays he is a greatly feared sniper in the animal world. If he barely sees a small rabbit, birdy or a hedgehog - this one is fired rapidly in the next best target.
Ugazor: lacking some brains, but plenty of muscles, along with a bad smelling fish, which is even feared by the "black metal penguins", and it is said that the smell alone can bring the poor penguins into kernel panic mode.Raccoomania will be released in winter 2012 on GooglePlay and AppStore.
Screenshots: 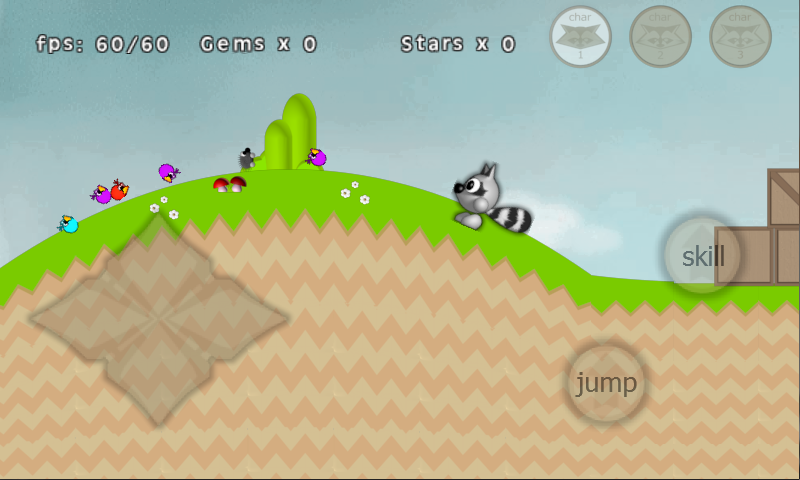 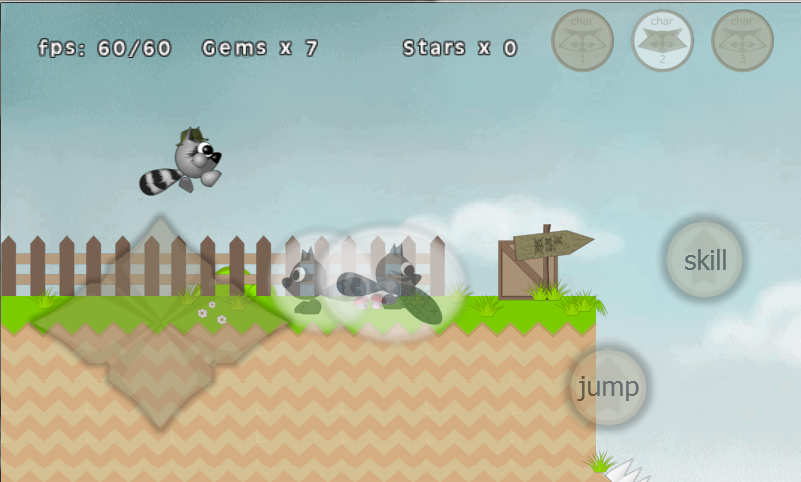 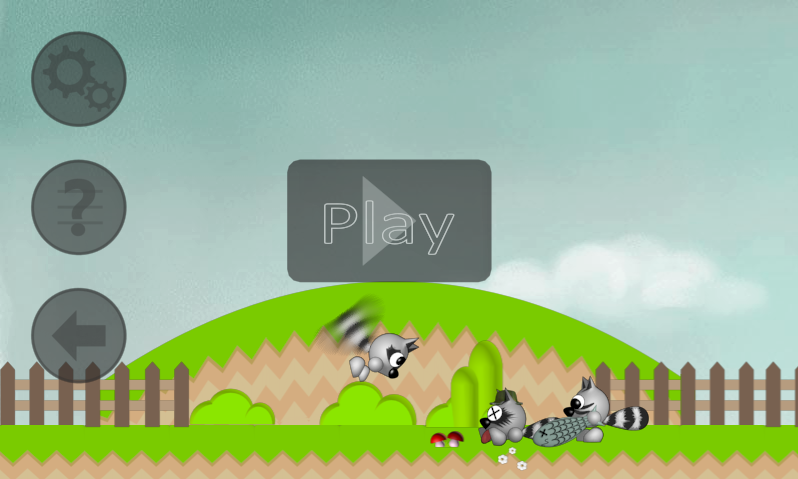 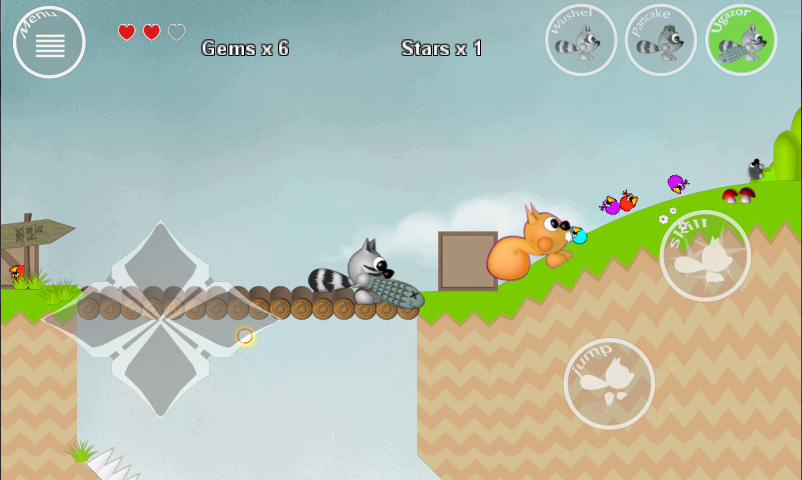 Thanks for voting and helping Raccoomania on it's quest to become the 2022 Indie of the Year. You are now in with a chance to score some free games. Help this game secure more votes by embedding the widget (or link) we have included below on your favorite sites.

The bossfight takes you up to the sky! Evil squirrels gone totally mad so the raccoons need your help to avoid obstacles in the air, feed your bird with gems and shoot a big load of poop right into the squirrels face! 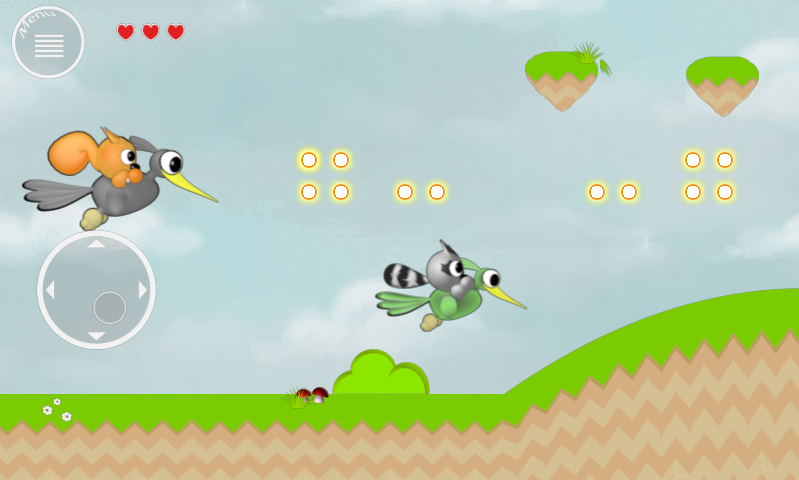