Inspired by classic arcade shooters, Pixel Raiders takes you into the midst of an alien invasion that’s set not just on destroying our civilisation, but abducting the people of Earth and their things. Upgrade your tank, use spectacular power-ups and blast those filthy Raider scum out of the sky! Test your skills by unlocking challenges or keep playing the campaign in game+ mode to get that elusive No.1 on the online or local leaderboards, or play a more extreme version of the campaign with a friend. 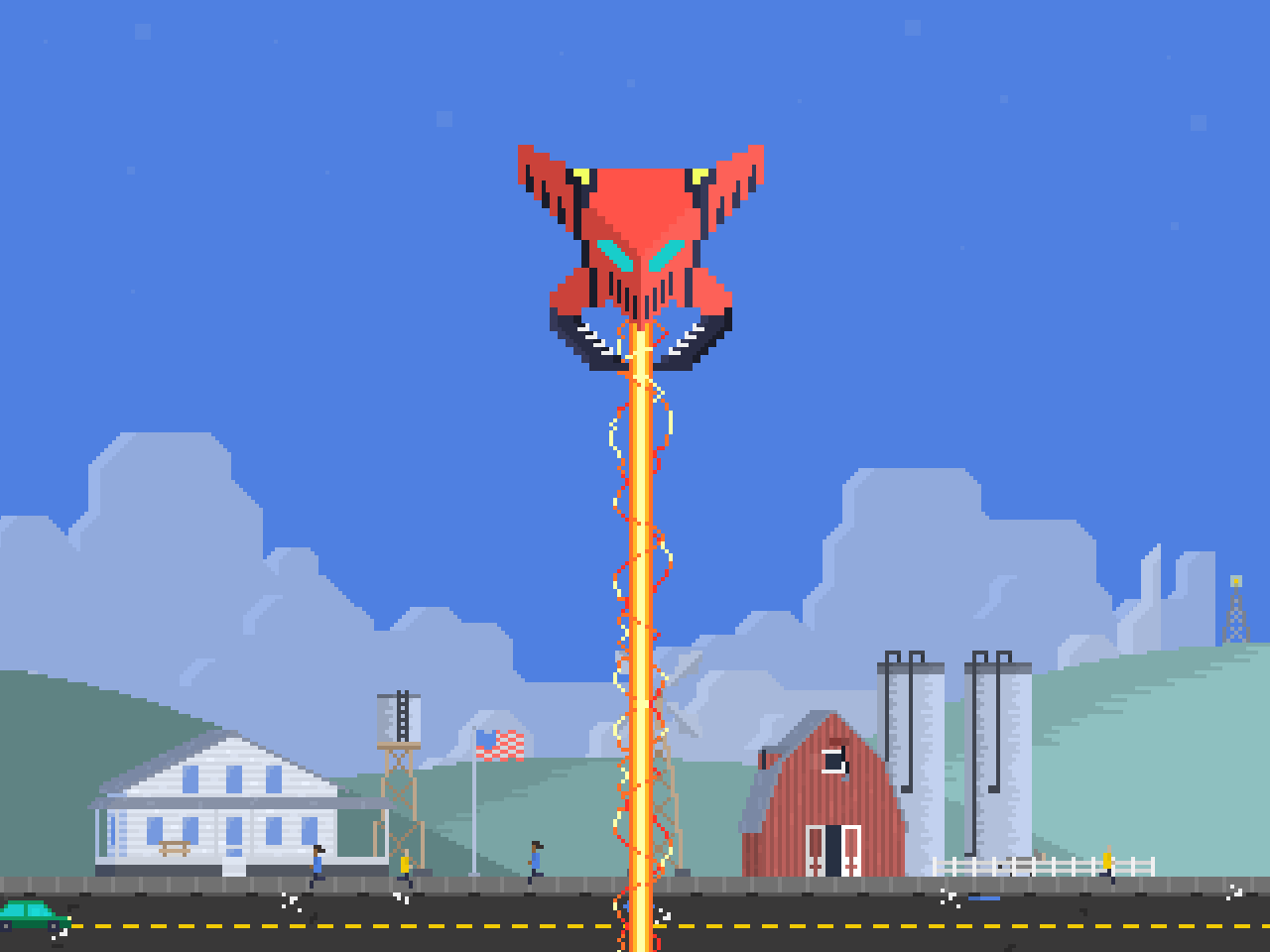 A bit of a slow day, I didn't get as much work done as I wanted too. What I did manage to do was get That Guy’s attack cycle into the game and improve his missile attacks. I also had a great chat with Jason the sound designer about the audio for Pixel Raiders.

Tomorrow, I’m aiming to get That Guys laser attack tweaked and improve his animation. I’ll also be adding a bit of sound into Pixel Raiders as well.

Any questions or feedback, please get in touch.

That Guy and His Laser