Ready your lungs for this will be an hilarious game, with very little respect for the laws of physics or the laws of football, FUN is the idea behind this game' Inspired by great games like NES World Cup, and the Mutant League series, this title will try to capture the fun essence of those games into today's 3D graphics' With interactive pitches that actively affect the game events and cool hilarious animations' Anyone is most welcomed to join in! Help create this experience game' -The ParaParaBola Team! 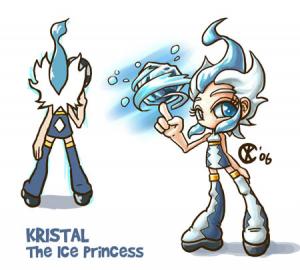 
There is a brand new standalone game coming down the pipeline by a team of individuals who are looking to change the way you play soccer. I had an opportunity to sit down with the team leader helming the ParaParaBola project for a one-on-one interview. Here is what he had to say.

First off, let's get the formalities out of the way. Would you please introduce yourself and tell us what your role on the team is?

"I'm Daniel Mendes, aka "Daniel MD". I have been around game programming for over a decade and I am the team lead of the ParaParaBola Football open source game."

How did the idea for the game originally come to fruition?

"The idea for this game started with nostalgia. I was playing an old soccer game that many people have played on the NES--NES World Cup. That game is so much fun to play these days . We have sport simulators that are realistic and take many years to program, but they are not much fun--no super kicks, for example. Super powers are cool! These days I think sports emulators are just too realistic to be any fun, with rare exceptions like Super Mario Strikers, etc.

So I turned to my favorite game community, DPFiles, and talked about the idea of a fun soccer / football game. After a few post and reply cycles, we had a pretty good idea of what makes a sports game fun and I started writing the high concept. After the high concept, we needed a place to collaborate. Wiki's are great, so Dave Perry (Game Designer and Site Operator for DPFiles) set up a Wiki to work with. The team started assembling and people started to post their ideas and draft artwork. The project has a very organic dynamic--anyone can join no matter how small or big, no matter where you are from or what age.

This is what the project is about. If I could play football like I have always dreamed it would be, with no physical boundaries, [and see] how would that be like: our project is a small attempt to turn that idea into a game."

Sounds like you feel passionate about what you are creating. Who else is involved on this project of yours? 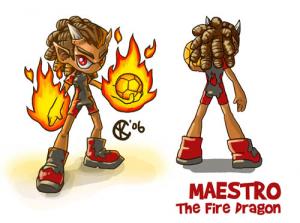 Nothing worse than a flaming soccer ball flying at your face


"Right now, the team is small (eight pledge members). We have a dynamic Team Members page, where you can see a listing of all the people that are taking part in the making of this game. By far the most prolific member in the art department has been Cykique, an amazing artist from Malaysia. We all do this as a hobby, so things do tend to take some time to get done, and that is OK. We are in no rush to finish the project. The project is about learning new skills and perfecting some natural talents, instead of doing something abstract. You can work on a topic football, share your work with other members, get some comments, communicate and learn new skills, and do something that you would normally never do."

How far are you guys going to take this idea? In other words, are you planning to make it large-scale, with a dozen different fields and characters, or keep it small and conservative, with just enough choices to satisfy?

"Most people on the team have some experience, so we know that you can't do a large-scale game with so few resources. We are very conservative on our expectations. This will definitely not be the latest and greatest 3D Football game. We are not pursuing FIFA or Pro Evolution Soccer. We want to make a fun-to-watch and very unrealistic game. The laws of physics mean nothing to us. For example, one of the most ambitious goals is to make the field / pitch interactive, meaning that it will be an active element in the gameplay. But in terms of assets, we are looking at no more than eight teams with five players per team, but all should have special characteristics. Anyway, this is not a closed topic and we will exploit this a bit more when we get some prototypes working." 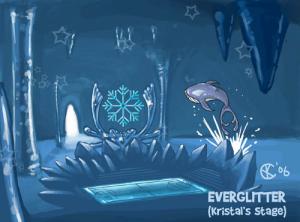 The fields range from an ice cavern surrounded by killer whales...


Could you give us a little rundown on the game's planned mechanics and possible game modes?

"In terms of mechanics, we will have a pass-and-shoot system, very similar to most football games. We will also have powered-up players that can do amazing tricks and actions, like setting the ball on fire, or freezing opponents, all sorts of goodies like in Super Mario Strikers, but taken to another level. In terms of game modes, it will be all single player, with several championship goals and a Career mode."

A career mode? Would you like to go into further detail with this, or is just an idea on paper at the moment?

"Right now it is only an idea; basically what we will do is have a player go from Local Championship to Intergalactic Cup."

What types of characters can we expect to see?

"The character roster is not yet finished. We will have some elemental characters: ice, fire, earth, etc... and some Mecha \ robot players. The art people are working on creating a slick look, as some of the pictures on the Wiki illustrate, and new ideas are always welcomed. All teams will have special skills that only they can perform and players will have a set of common skills, plus some bonus skills that they can perform under certain circumstances--like combos." 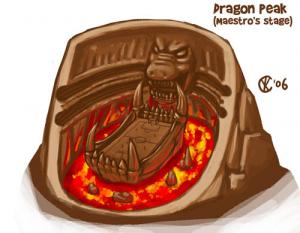 .... to a hollowed-out mountain, where the weather is cloudy with a chance of fireballs falling from the sky.


Tell us a little bit about the fields we'll be able to play on.

"The fields move and react to the game. They are part of the gameplay and not just the place where the action occurs. We are discussing many exciting ideas on how to add interactivity to the game without ruining the speed. It is a very interesting challenge; for instance, the field will have dynamic holes, fireballs will fall from the sky, etc..."

Any plans on making this project profitable? Say, sell it to a publisher, or even try and get it on a console service like Xbox Live Arcade or the Wii Virtual Console?

"At the momen,t there are no such plans. We will try to finish this project and after that is done, we have discussed the creation of a sports MMO game--an extended, multiplayer version of this game. Still, our focus is totally on this much smaller and much more feasible single-player game, so for the time being there are no plans to support anything but the PC platform." 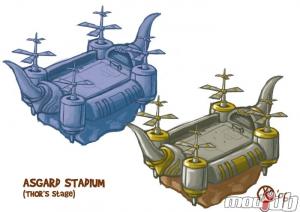 Where falling out of bounds becomes much more literal


Do you have a release date set at the moment?

"Right now, the project is on an "it gets done when it gets done" timetable. This is a multi-year effort, with members from all around the world, which makes it extremely hard to manage.

The project is an ad-hoc operation, meaning that we work on it as a hobby and anyone is welcomed to join or leave. There is no clear leadership and everyone gets to express his opinion. We are aware that this way of running a project is not the most efficient, but that is not what this project is about. We are all about having fun while creating some cool stuff and improving our skills and toolset.

We have a developer website on the works with some cool time and content management tools, so the best thing to do if you are interested in the game is to join the Wiki and keep an eye on www.paraparabola.com.."

Any plans for a beta or demo when you guys get farther into development?

"There are plans for several milestone releases. Once we have enough content to make a demo, we will use the "release early, release often" strategy, so we can get the most user feedback as possible and attract more attention to the project."

Do you guys think you could make it where, if you kick the ball hard enough, you could decapitate someone?

"That sounds like a fun idea, so I am sure we will try to incorporate all sorts of decapitations--especially on referees. Our animation system allows us to easily create loads of fun-to-watch animations that will make you laugh, stuff like Shaolin Soccer, but in real time. We just need people to create the animations." 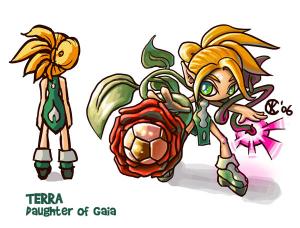 
I would personally like to thank Daniel for taking the time to sit down with me to conduct this interview, and wish him and his team the best of luck with their future endeavors on ParaParaBola Football.

Editor's Note: This interview was conducted done back in November, before the [i]2006 Mod of the Year Awards took over our priorities. The ParaParaBola Team has done a lot since then, so please go check out their profile for the latest updates![/i]

Nice looking game.. but is dead :(

Sorry for the late reply
Yes the game is still alive and kicking!

If you want to join the Team, please add my contact to your msn (danielmd3000@hotmail.com) and we can talk some more about how you guys can Help.

You can also check out my blog (and in the near future all members will have their own blog):
www.im-thinking.com/blog

The ParaParaBola.com Website is coming in the upcoming months, code developemnt will follow at full speed, we definitly need 3D artist so if you have a friend that wants to do loads of work for no pay, send them my way.

No it's not alive.
It is dead, it rots, it smells.

Is this mod still alive and kicking? I haven't gotten any instructions yet :(

Fully functional user systems, forums + anything else you might want

I am experianced in:

Is there anything else you would like to know?

thanks for your enthusiasm,

I have your emails in December we are going to start work on the website, including the developer resoruces backoffice website.

JUst about anything, I can make the most amazing sites and create

I can make admin controls, and do this all scripted without portals such as php-nuke, a unique website run off it's own miniportal. :)

P.S
.. If that's what your looking for of course.

BASE: The Base Jumping Game Sport