Paddle Wars: Hit The Wall is a game about breaking bricks in two sides of the screen at the same time, using really cool powers, like explosive plasma, electricity, bullets, gravity manipulation and even time manipulation! Also you can just use balls normally, juggling them in the two sides at the same time, and making more balls if you wish to score faster. The game currently is in development, it has 20 levels available for now , including with a round playfield, it has 3 different paddles, various powers (not power-ups), vectrex-ish graphics, cool sound effects, and awesome music made by pros. All that packed in less than 25MB, to make the game perfect for download! The final release date may change, but we will certainly release a version that is at least nearly complete until the end of this year, hopefully, the entire game. Play the game, and see all the surprises inside! It has inspiration from classic breakout, yet it has some new cool surprises and gameplay.

The beta got cycled again, with lots of small fixes!

Hello! Beta 2 is over, I just uploaded the Beta 3. New stuff in Beta 3:Fixed some game-breaking bugs (that noone reported, this is sad, it shows players are not reaching the end of the game!) Put a warning that you unlocked a paddle. Changed a bit the color scheme.Changed the behavior of the fluid grid. Fixed the framerate bug when you die while using time distortion powers.Improved a bit the particles. Fixed a bug of text not updating after language change. New ball trail. 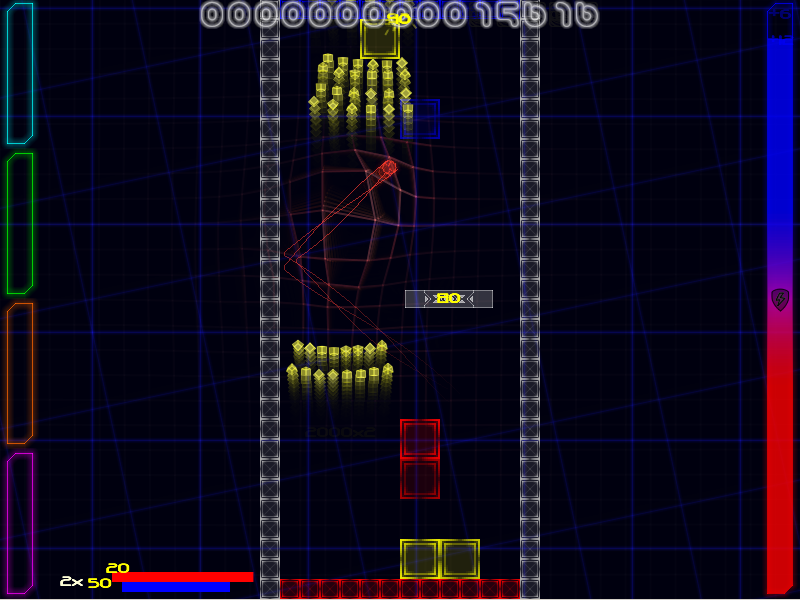 Also I hope to open the new forums soon, and finally, stay tuned for a nice xmas and new year gift to you all