NBA 2K15 is an installment in the 2K Sports NBA 2K series based on the 2014-2015 NBA season. The MyCareer mode from the previous edition returns. You design a custom player and after five warm-up games you start undrafted in the middle of the season or a team. He has to prove his worth through short contracts (for instance about ten days) to get a full NBA career. There are different teams to choose from each with their own requirements and standards. The game assists players new to the sport by showing overlaying diagrams on the court that tell you where to move and through a voiced coaching system. There are RPG elements to the progress and communication with the team is important through the mentor system. The subtitled conversations of the previous game have been replaced with recordings and these include the voices of real players of different teams. Off-field interactions provide a narrative to the career, including offers, agents and rivalries. There is an upgrading system to earn virtual currency through endorsements, performance badges and completing challenges.

MyPark, called The Park in the previous edition, is the online streetball mode. You choose one of three cities and then play mostly two-on-two or three-on-three games against rival parks. You wait next to a field to assemble players and it is possible to join a crew to earn points that benefit everyone in the crew, while you receive a crew bonus. The moves of a player can be upgraded through dunk packages purchased through VC, the virtual currency. Large packs of this currency can be bought for real money. This mode uses the same player from the MyCareer mode, but here the focus is more on upgrading moves rather than spending the currency on performance boosts required for MyCareer. Real money can be spent on creating a distinct player through buying clothes. A fourth park called The Stage set on a rooftop is exclusive to the PS4 version of the game. It has the highest stakes for players to bet virtual currency on their matches. The PS4 version also comes with a 10,000 virtual currency bonus and a MyTeam card pack exclusive to PlayStation Plus members.

The MyGM mode returns where you manage an entire team. Unlike the previous edition this mode has been uncoupled from a required online connection, unlike most of the other game modes in this release. It is possible to play all games, but the focus is mostly on attracting new players, tracking their progress, determining tickets prices etc. There is also more focus on the conversations you have with the players as this has a distinct impact on their performance. MySeason is the game mode where you design a custom season with preferred teams. It also offers some European teams. MyTeam is the game mode similar to the Ultimate Team mode of the FIFA series where you collect card packs to assemble custom teams. You bet the cards in matches and by doing well you earn points to buy additional packs. You can also have your team compete against those of other players.

During gameplay an optional timer appears as a semicircle below a player's feet when he is about to take a shot, providing assistance to get the timing right to improve accuracy, based on the timing, the player's statistics and fatigue, combined with distance and positioning relative to the defending team. The game contains many new animation, a redesigned defensive AI, and more control over blocks, steals and rebounding. New to this edition is scanning technology. Using the Kinect or PlayStation Eye peripheral you can have your face scanned to receive a realistic rendition in the game.

To promote NBA 2K15 and grow its popularity (top games), use the embed code provided on your homepage, blog, forums and elsewhere you desire. Or try our widget.

WBM Tycoon was release back in 2013 as part of the successful WBM series. Unlike the other games of the series, WBM Tyccon combines the classic manager...

The NBA 2K franchise is back with the most true-to-life NBA experience to date with NBA 2K16. Featuring an all-new MyCAREER experience written, directed...

NBA 07 hits the hardwood loaded with incredibly detailed and lifelike graphics supported in High Definition at 1080p. Immerse yourself in the most engaging...

Hoops Manager is a basketball manager game which puts you in charge of a youth basketball team. Your objective is to develop the team and the players... 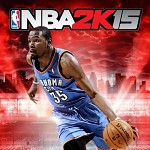