Inspired by Sokoban, logic gates and magnetism, NABOKOS is a minimalist puzzle game, a hugely pulling puzzle game. Experience the magic of figuring out how to escape the level. No hints. No hand holding. Go for Gold!
Take it a step further and try your hand at creating your own levels using the game's intuitive integrated level editor! 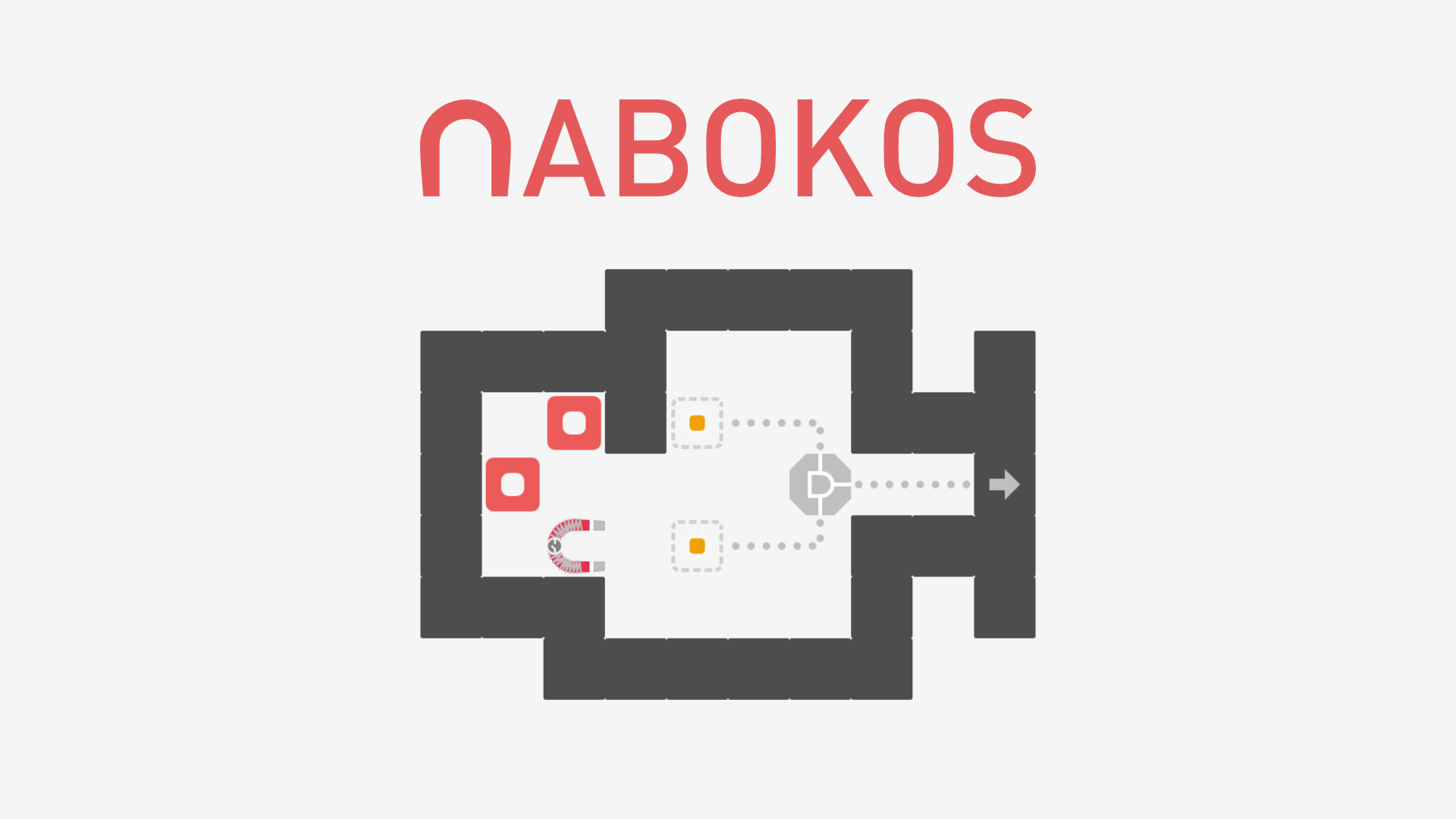 NABOKOS started out as a simple university project. A project that involved recreating the mechanics behind Sokoban, a game about being a warehouse man, pushing a series of wooden crates onto goals. The mechanics in Sokoban are incredibly elegant, forming what I like to describe as a 'perfect game'.

I liked that idea so much that I wanted to base my personal game project on the mechanics of Sokoban. But there was one catch. Rather than pushing boxes, players could only pull - using a magnet, a brilliant idea. Following that, it was only natural to theme the game around electricity and magnetism. On top of that, I added logic gates, which really symbolises the fact that game design, in itself, is a puzzle game.

Now did I mention that the game has a built in level editor? That was a very natural thing to include, given the nature of the game, a game that teases the challenge of game development and programming in general.

I just played it recently. The UI is good and smooth, so is the gameplay. Would wait for further updates again. :-D

Thank you for taking the time to review my game. More updates will come in the future. Besides new levels, what would you like to see in this game?