Mount and Blade is a 3D, open-ended, single-player, third- or first-person, computer role-playing game, created and distributed by the Turkish development house TaleWorlds. Mount and Blade has a medieval setting, without any fantasy elements. Mount and Blade is notable for its emphasis on realistic cavalry combat, which was common in the era, but is largely absent in most RPG titles.

This is the famous silently fixed (and secretly released) version from TaleWorlds. They're currently distributing an older game (although with the same version number) Thanks and kudos goes to Ar - Adunakhor. He originally uploaded the file to Fileplanet/Gameplanet and was the first one in acknowledge the differences and investigate about.

- What's included in here? Have you modified it?

This is a Pure - Original - Untouched - Pristine - Official version. The latest one they released.
Even newer than the TaleWords currently distributes in their website.

For a detailed log of the differences between the Old 1.011 (2008) and this one (2009) look here: Swyterzone.co.cc
Is a comparative I've done with WinMerge between the older and this one. 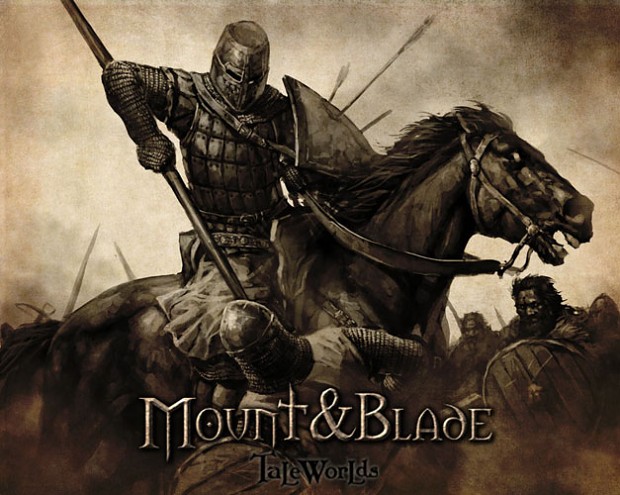 Sorry that's what I can piece from all of this and the links presented with the differences 404's on me.

Why does this seem fake to me?

Alright, that answers a lot. Thanks alot to all :)

It isn't fake. You can find it on Mount & Blade Repository somewhere. That is where I got it from. It used to be on the Taleworlds site, but yeah they removed it.

Becose you are a idiot

I'd say it's fake, but it's Swyter and unless he's been hacked I doubt he'd upload anything malicious or illegal.

Okay, let's see. Doesn't removes the serial protection, only the packer.
That means that the game will run faster because the code isn't scrambled.

Also, this is a mirror from the Repository. It was sort of a myth until we investigated about. TaleWorlds distributed it during a while on their frontpage. Later the site was restructured on 2010 and the 2008 version came back.

Also, every upload needs to be authorized by an admin.
So probably every link in this site is safe.

how do you know if you already have the enhanced version

Is steam version updated? It has some 2.35 MB

Wow i never saw the difference well this surely helps my TLD experince.

is this the full game or not?

It's the full game if you enter your own key (retrievable from Steam too).
Otherwise it will work fine until level 7.

The game isn't protected, but you've to purchase it.

does anyone know if you can get it for mac somehow?
pliz post a link if u can!!! couldnt find anything in google!

So, do I install this over my current Mount&Blade? Or do I uninstall my current one for this?

does the game work?

Do I just install this over my current M&B files? Or is this a standalone thing?

Is this compatible with Warband?

Mount and Blade is a 3D, open-ended, single-player, third- or first-person, computer role-playing game, created and distributed by the Turkish development house TaleWorlds. Mount and Blade has a medieval setting, without any fantasy elements. Mount and Blade is notable for its emphasis on realistic cavalry combat, which was common in the era, but is largely absent in most RPG titles.

Exporting-importing character cheat is not working.

Do I just replace these files with my steam ones?

I am downloading for some mods as it is required.