Mist of Stagnation is a multiplayer FPS/RTS hybrid that will put you into fast paced, objective based game play, in a Steam Punk world. Two teams will battle for control of the few remaining resources left on the war ridden planet, in order to advance their technology. The core game play will be based on gathering resources in the forms of Control Points, to then be used by a ‘Commander System’ to build upgrades for their team. Upgrades to weapons, vehicles, and armor to name a few will be the fundamentals for a winning team. Can you survive as the Commander, or work your way up the chain of command and lead your team to victory? Will you fight on the front lines or lead from the rear? Can you make the important decisions that will determine the outcome of the battle, or are you a natural born killer? Throw on some goggles and lace up your boots, salvation lies ahead in the Mist of Stagnation. 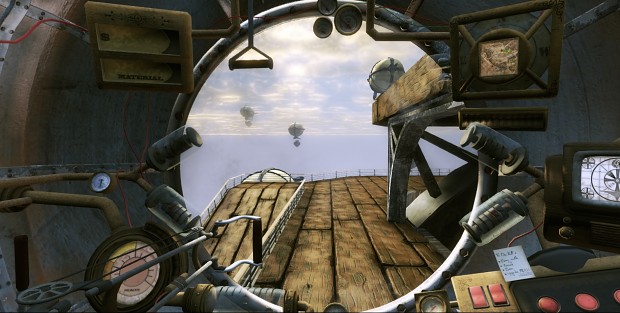 Haha, thanks. We should have it all animated and be able to show off game play in it very shortly. It will be in our demo for PAX Prime.

The commander has arrived! Some WIP's of the interior commander model / RTS view for the game.