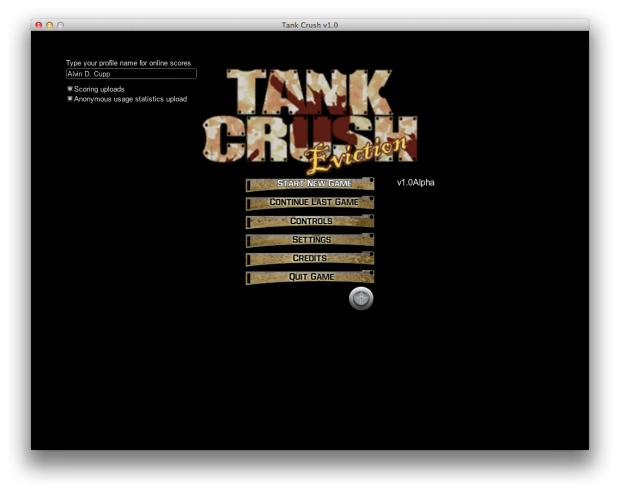 Hi all,
today we reached a milestone which is very important for us: Official Alpha release of the game titled 'Tank Crush - Eviction'!
A big thank-you to everyone who contributed to bring us this far!
Downloads of the game will become available here asap, but you can always grab a build from the game's website.

Different factors warrant the decision to move forward into the next phase of the game's development:First off, the decision and commitment to complete the game and make a paid release for sale has been taken based on the status of the game with this release. Secondly, as most features are already in the game, it is now possible to accurately estimate the remaining development time and efforts, therefore allowing us to begin discussing the release date for the final commercial versions (PC/Mac OSX). Thirdly, plans are underway for the distribution of the demo as well as the first release.

The name of the game was changed to 'Tank Crush - Eviction', which is also planned to be the name for the final release. This was done in order to differentiate the game from other games with similar names. 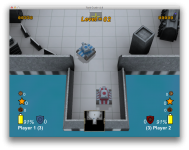 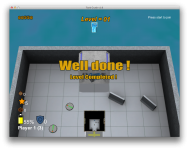 There are still some missing features which must be completely implemented before we can do an official Demo/Final Alpha release:
- Smart Bomb function and display.
- Cannon Bomb function and display.
- Speech for specific in-game events (various).
- Finalize In-game UI Icons and placement for varying screen resolutions on monitors and TV screens.
- Update credits, controls screens. 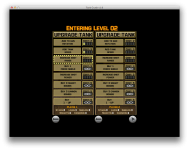 After the official release of the demo (and therefore the last freely accessible build in the Alpha series), development will move into Beta phase where the features for the full game will be added. Until the release of the full game, we do plan to provide public information, videos and images about the status regularly.A decision about customer access to a paid beta has not been made and is currently in discussion internally.

If you try it out any of the versions, please help us by enabling the statistics gathering in the title screen of the game. It reports anonymous data on how well you do and how far you get, where you get stuck or die etc.
Please also leave your comments about your experience with the game here or at the game's web page.