A new release of Tank Crush Eviction, dated 17th March 2012, is now available at the game's website and will be uploaded here asap. There is new content (UI/3D) and some fixes. This build was submitted to the Intel Level Up 2011 demo competition, so check it out there and vote for us! 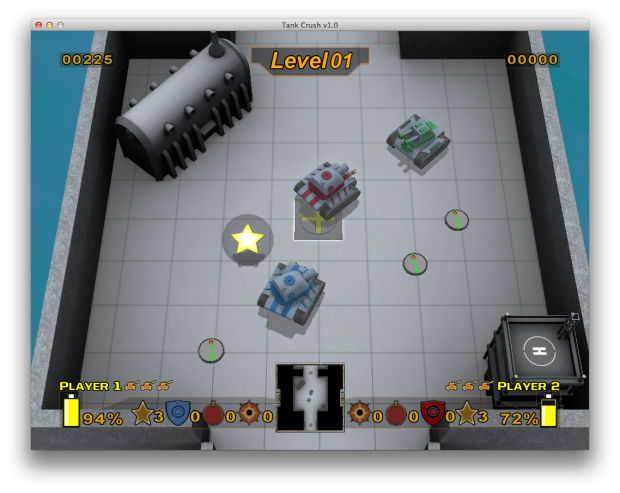 This build was made specifically for the Intel Level Up 2011 demo competition which you can find here.