In year 3547, civilizations all over the galaxy have settled their own planets, living in peace and harmony with its environment. But outside the contemplative habitats, the GREAT WAR is raging. As a famous fighter on your way to never ending honor and prosperity, you have to protect your planet from the oncoming doom of your jealous neighbours! Please post all support issues in the forums for the game.

Due to some bugs in version 0.7.3 it was necessary to release a new version of M.A.R.S.

The following evil insects have been removed from the game: 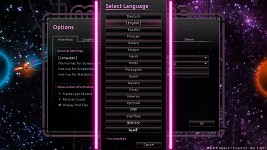 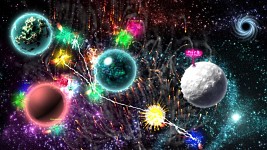 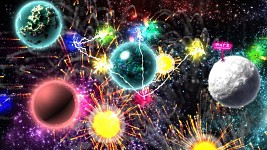 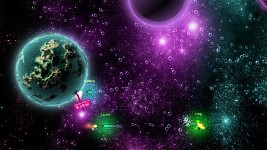 The previous 0.7.3 version introduced a new weapon (H2OMG), a new special (Shocker), and an option that lets you change game speed.

It is a ridiculous shooter alright, great fun and as always 100% free.

M.A.R.S. A Ridiculous Shooter's Alpha “Frederick” is out!

A new version of M.A.R.S. A Ridiculous Shooter, Alpha “Frederick” just came out!

Building your own M.A.R.S. version on Ubuntu

How to quickly build M.A.R.S. on Ubuntu distribution?

A patch for Linux and Windows versions of M.A.R.S. A Ridiculous Shooter.

So much glow. such fireworks. wow.

OMG! What a cool game! I am not a big fan of shmups but this is amazing! The colors and the music - all I can say is: wow! Thanks! I have a friend who will just <3 this game, too.

I am playing the tutorial and am loving the song in the background, it's great!

"Buggy" is my favourite feature.

What is the name of the sound in the video?
Also: I am downloading it now :)

Go to www.jamendo.com and search for the band "Obsidian Shell". You can freely download and share their songs under CC license.

when can we expect network games?

Also Is there a soundtrack I can buy or download? lol

I love this game! Its the best free game I have found in a very long time! MULTIPLAYER!

Tags
Embed Buttons
Link to M.A.R.S. - A Ridiculous Shooter by selecting a button and using the embed code provided more...