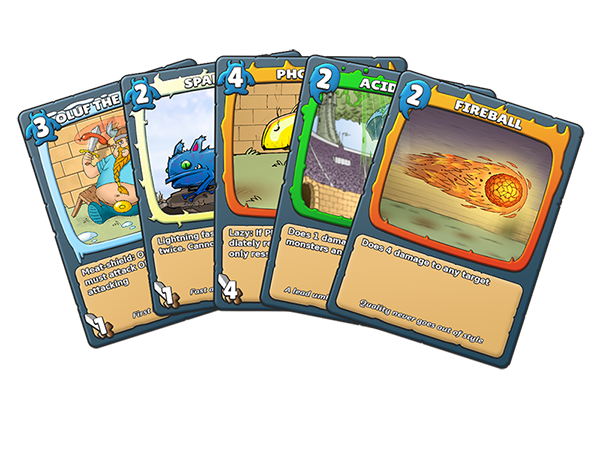 As a player you collect and trade cards, build your decks and level up your monsters. The game is asynchronous meaning that you send your turn to the opposing player, and can have more games running at the same time. Its simple, fast paced and easy to learn, yet allowing for strategic moves and card combinations. 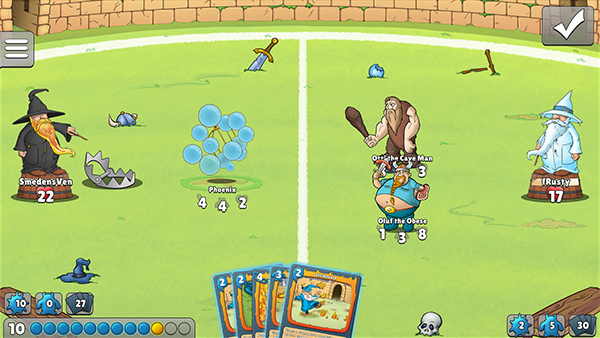 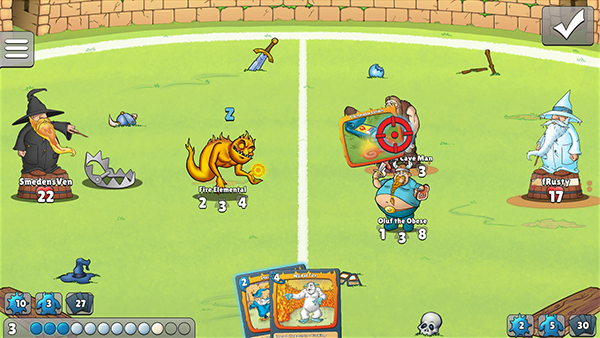 Features
The finished game will have trading, deck building, friend lists, a combo system, four schools, 150+ unique cards, ranking, skinning, animations (You can see the animations on the Spine forum, Esotericsoftware.com.) and much more. We will also introduce "Training": a new concept where you can use real physical cards to train your monsters in the game, preparing them for the next battle. 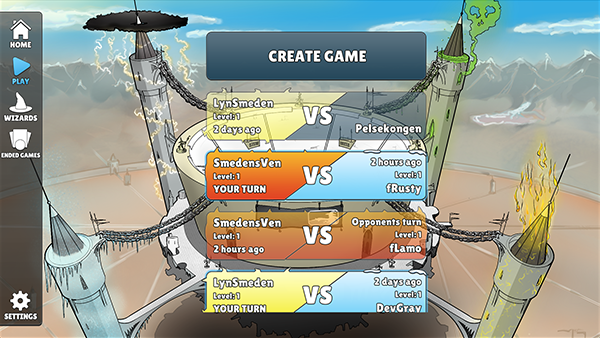 So many of you may have noticed that the development of the game stopped sometime during 2014. I have written a bit about the reasons for this on our blog at gamemadestudio.com.

Since it is now 2016 and we have left the old game behind, it is now time for a new beginning, which means that we will reboot the development of Major League Wizardry. So hopefully the game will be re-launched sometime during 2016, but no promises, since there is only one guy developing it this time around.

This is a somewhat unusual update. We go over some of our key learnings in developing Major League Wizardry. Hope you guys can use it in your development...

Within the next couple of weeks we will roll out a couple of features before we launch the game. We've also taken the decision to only focus on Android...

This update has been way overdue! But things have been insanely busy! We've added new features, a shop has been added, cards now has rarity and a whole...

Update 15: Have you downloaded the beta yet?

Hi guys. In this update we'll talk a little about the beta and how everything is looking so far. We wanted to know how many of you who have tried the...

Looks like a promising diamond in the rough! Very good! Keep it up

Hi Coded_Ninja - thank you so much!

Pretty cool project I must say, gonna keep an eye on it :)
I'm doing one along the same lines, but focusing more on the turn based strategy aspect instead of TCG and bumping into the same key learnings and to-do items overall. MLW is one of the most promising alternatives.

Hi DreadKnight666 - thanks a ton! Would love to share learning notes, so don't hesitate to ask. We always look for inspiration in others learnings and process

Into Oblivion Turn Based Strategy