Mad Aubergine is a game developed by an italian "team" (a 17 years old guy) with the intent of making a game full of weapons, enemies, gibs and other stuff. The game born after his dad played Cave Story: he was really amazed by the story, the cool weapons and how the game was made by a single developer. Probably, the game is also affected by many Nintendo games such as Kirby and Metroid. Currently it has just 2 game modes that don't include Story mode (it'll appear soon): ARENA and STADIUM. In ARENA mode, the player will face big waves of enemies and the goal of this mode is to survive as long as possible. In STADIUM mode, the player will be spawned into a random generated map and, while he explores it, he must kill every enemy on the stage just to make the highest score possible. NOTE: the game is developed just in the main developer's free time. 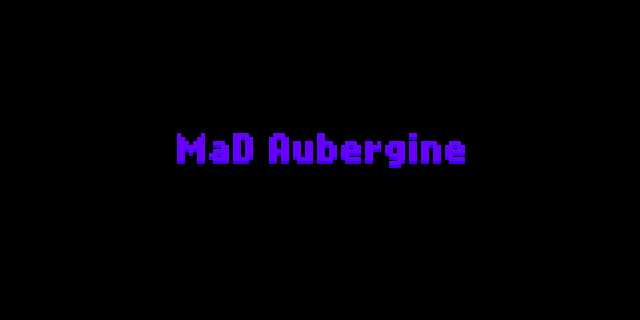 After a long time of inactivity, we decided to put our hands back on this game: we have now improved the game's performace achieving a smoother frame-rate.

For more content, you have to wait until Grey will finish his school exams (that's why we haven't released anything for about a year!).

Stay tuned, more stuff is coming soon!! So why don't you check our website GreyProductions?

A new release of MadAubergine is here!: - lots of graphics improvements and changes. - minor bug fixing. - STADIUM level generation is faster and cooler!

new stuff is coming! more tiles, decorations and other stuff!

I like the design ! Keep up the good work !

Thanks bro! You won't be disappointed :D

The Legend of the Darkest Night Platformer