KAPUT is an indie abstract platformer. The idea behind it is that your lonely research vessel has crash landed on a strange new world, however it is not quite as friendly as it might seem. See how long you can survive the dangers of the planet, whilst still continuing your mission to discover new kinds of life. Experiment to learn and learn to survive.

The game is available for purchase for $2.99 while in Beta at
The KAPUT website! 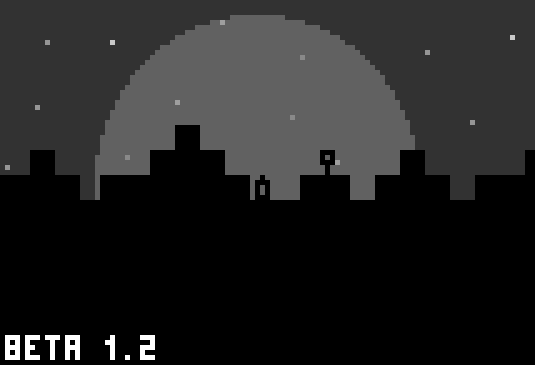 A few days now since KAPUT was published, we have started work on Beta 1.2. We didn't want you to be completely in the dark so we decided to 'shed some light on the matter' (no pun intended). In the next KAPUT update we will be focusing on the enviroment as lots of people who have played the game mentioned that there should be more stuff to interact with to begin with. We have also had some requests to add some additional functionality to the previous update, so that is getting chucked in the mix as well. Here is the concept art sheet we put together: 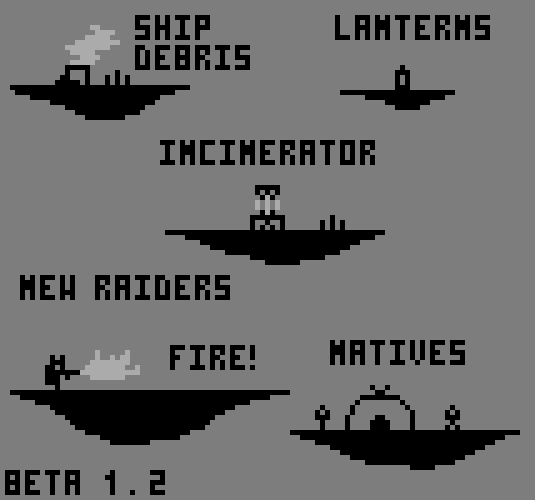 As you can see there are quite a few interesting things we are planning, so I will go through each one at a time. The first thing we came up with was ship debris. These are pieces of your orginal ship (the one that has crashed at the spawn) that have been scattered around the map. These will contain resources which could prove helpful at the start of the game. It will also help us provide a sense of urgency and encourage the player to grab as much as they can before the first night-fall.

The next thing on the list is one of the pieces of functionality that was requested for the previous update - lanterns. These are simple objects that will cost somewhere between 30 and 50 scrap and will be used to illuminate an area. Following YouTube videos by IndieGeek and The BoxScape, we noticed that night time did not record very well and therefore lanterns would be a good idea. The more lanterns you have in a certain area, the brighter that it will get.

The incinerator is another piece of equipment that was requested after the previous update was released. What this basically does is allow you to destroy unwanted plant seeds for a minor fuel cost. This is not a massively important addition, but we could imagine it being very helpful for players wanting to take a very sciency route while playing the game.

The final two items in our list are actually linked together. When we were talking about this update we realised that there was actually very little back-story to the game other than the fact you have crash landed on an alien world with no means to escape. By adding natives to the world and making the raiders not only attack you, but also the natives it would then be possible to allow the player to try and save the lives of the native's whose planet is under siege. This also will give us a greater basis to build boss fights on top and therefore sounded like a great idea. The natives would be passive and make no attempt to attack the player. If the player fires on a native it will run away and this goes the same for raiders firing upon natives. The new type of raider will only spawn after the first boss has been beaten and will only attack villages. They will use fire to destory/attack objects and will hopefully provide quite a challenge for the player to deal with.

Other ideas we had that we didn't draw up included a redesign of the way the raiders spawned. Instead of respawning in the middle of the night out of nowehere, they will come down from crafts at different points during the day, however slugs will still only spawn at night. We are also thinking of adding just some more enviromental objects such as birds and insects, but we have not decided yet.

That's all for this update work so far and we should have some screenshots in a couple of weeks of how the new update is progressng so make sure to check this page regularly. Also remember the game is available on the KAPUT website and any questions or queries about the game can be sent to doctor_n@industrial-games.net.

KAPUT Beta 1.1 is now available on the Humble Store! Free copies for YouTubers who would like to feature the game in one of their videos the game (see...

KAPUT Beta 1.1 overview. Details for any YouTubers who would like free copies to review/let's play. Full change-log included + screenshots.

This is a summary of where we are moving with the game. People have been asking about release dates for the next update and what the plan for the Beta...

A quick synopsis of everything we have got going into the latest build accompanied by some concept art and links to the new social media pages.

Glad to be part of the team :)