Our beloved classic Arcade games have been infected by the evil Clonocells! Juanito, a lazy bones kid was chosen to save them by Gluk, a manipulative bipolar alien. Get inside an Arcade machine, go through all the most famous retro video games, equip you laser gun and fight against the mutant Clonocells from outer space!

We are small Indie Video Game & Animation Studio formed by a group of friends. We have been working on Juanito for more than 4 years when we had time in between other works that allowed us to buy the rice and coffee to stay alive. So we are very happy to finally be able to launch it on Steam Greenlight!

If everything goes well, we are planning on adding more worlds based on other retro games with more levels, powerups, languages, and many other ideas we have been working on.

Basically, the game runs on any PC with Windows! We are working to be able to release a Mac and Linux version in the future.

Thank you very much for your support! If you have any question, suggestion or doubt, don’t hesitate to contact us or leave us a message below! 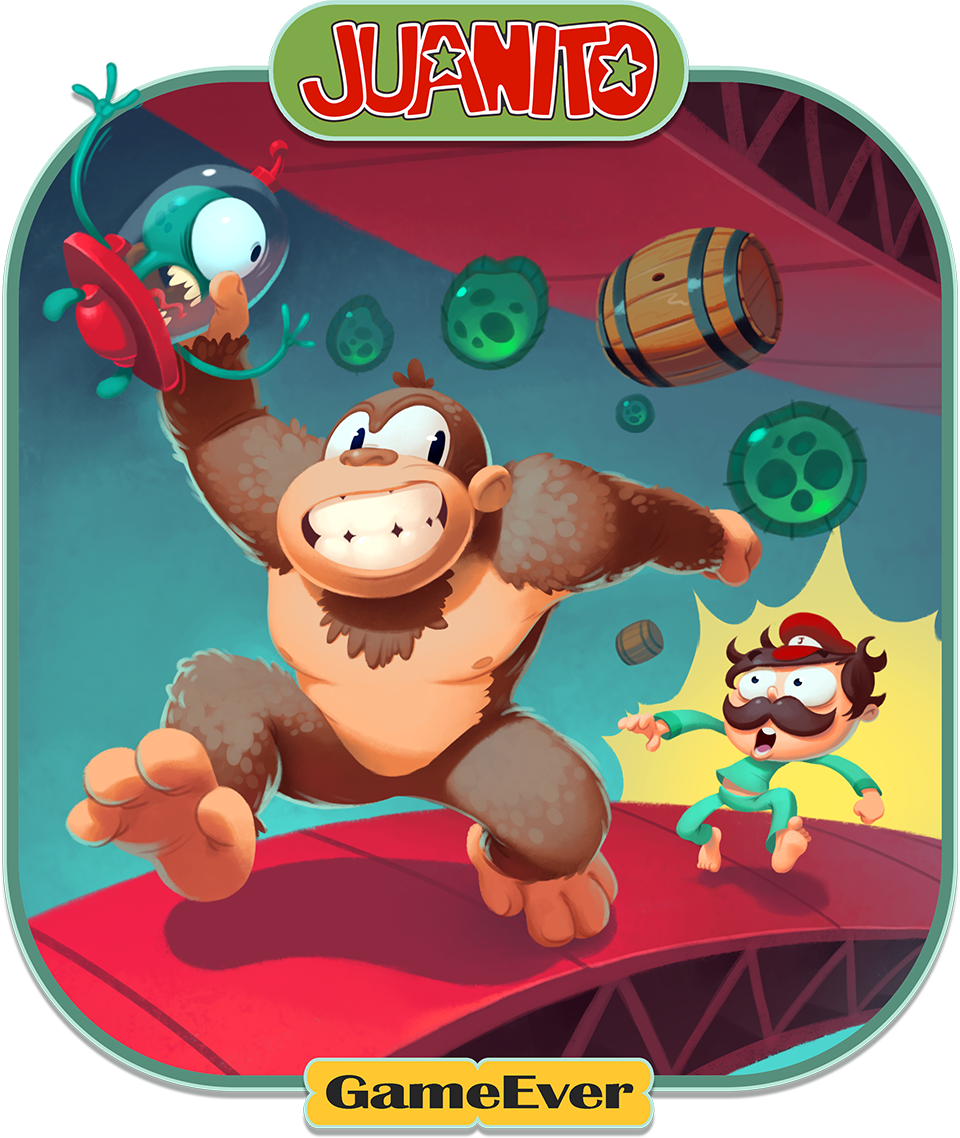 Juanito Arcade Mayehm (would love to be) on Nintendo Switch! 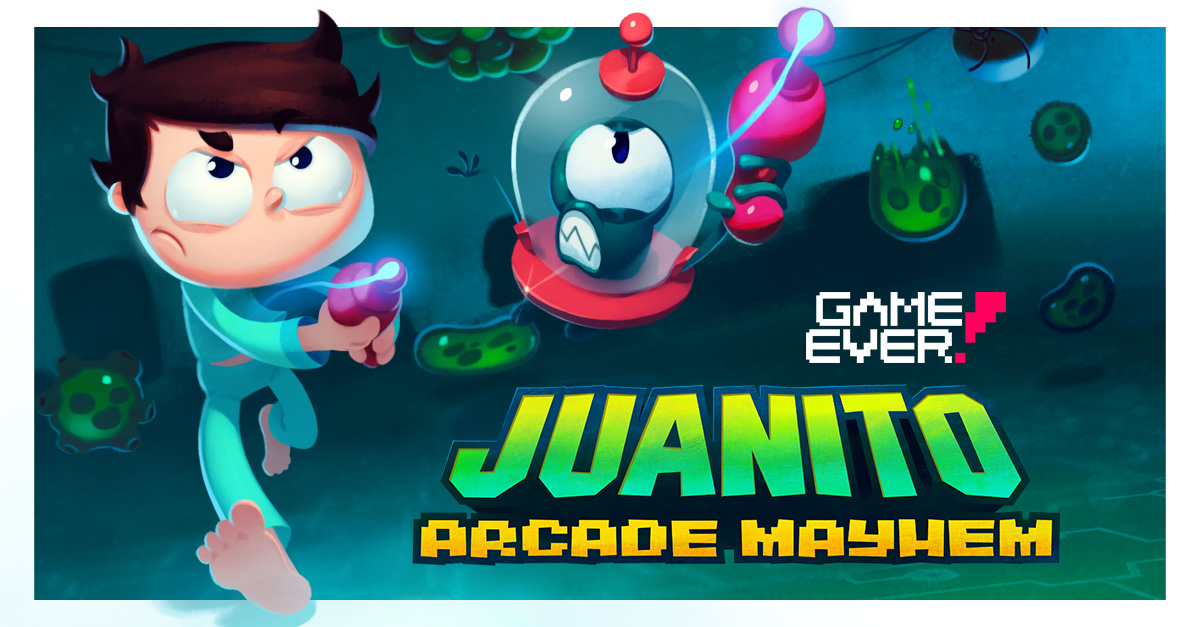 Juanito Arcade Mayhem has officially been on Steam for two weeks now!! And it's all thanks to all of you and years of hard work. We still've got a couple minor updates planned for the coming months, but we figured we'd address the huge elephant in the room: everyone's asking for Juanito to come to Switch.

From our Community Hub on Steam, even to the media! 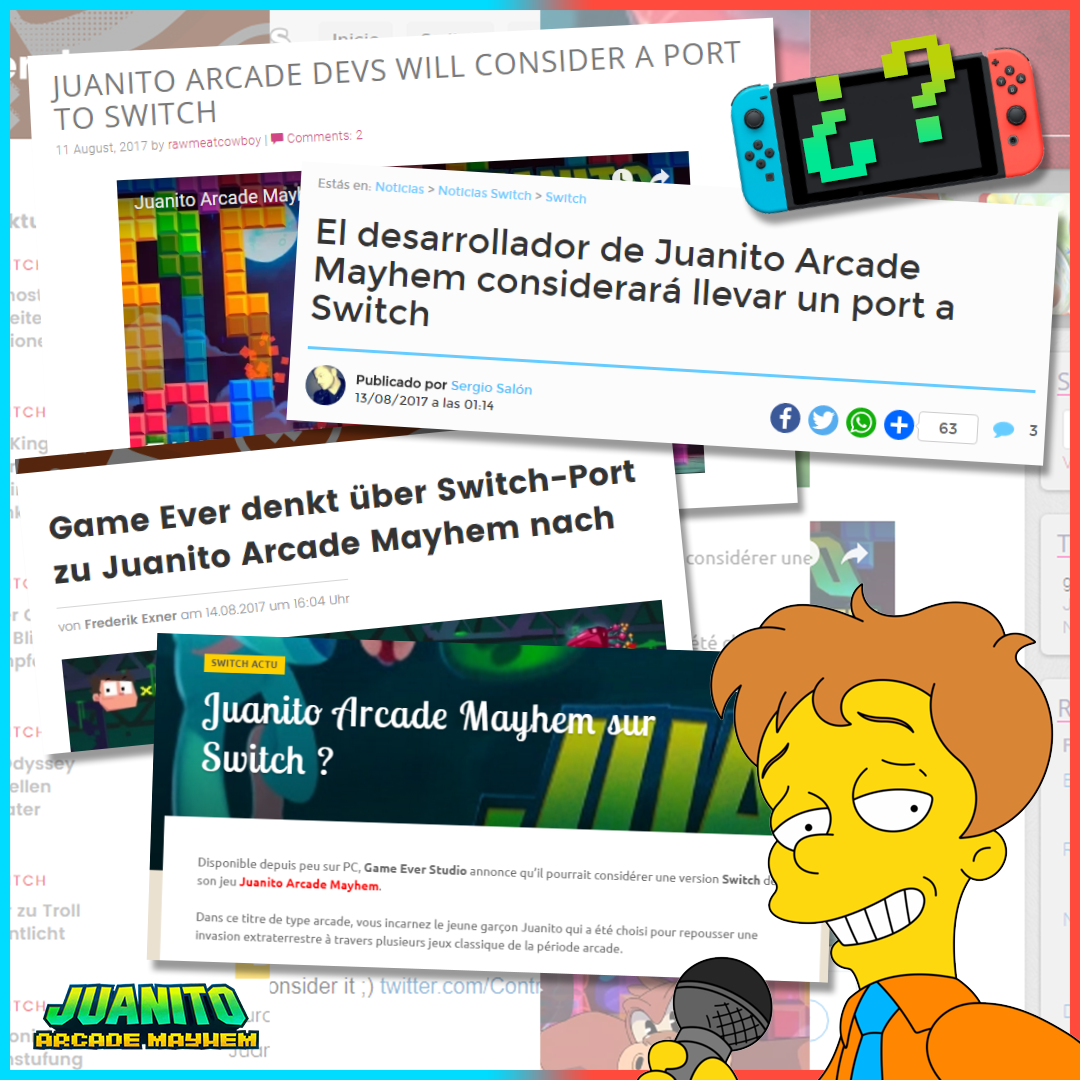 See, guys? This is how rumors get started...

So, it's not that we'll consider a port to Switch, even though we'd certainly love to try one. We can all agree that it's a marvelous console that already has a ton of fun games, and seeing our game on it would be an absolute honor. That said, we still haven't even talked with Nintendo (even though we'd love to, give us a call!) or scheduled a potential release date on the calendar.

But rest assured that we're still working hard at this! And you might find news on other projects soon! ;)

Juanito Arcade Mayhem, a visually stunning game, was developed by Game Ever studio. Their specialty is animation. So we figured we'd show you a bit of...

Juanito Arcade Mayhem is a visually powerful game, mostly because Game Ever's specialty is animation. So we figured we'd show you a bit of how Trevor...

One week since launch - a look back at Juanito Arcade Mayhem

Juanito Arcade Mayhem has been out for a week, now, and it's the perfect chance to take a brief look at what we've gone through =)

We launched on Steam!

Five months after being greenlited we published on Steam.

I picked this one up 'cos it looked absolutely incredible! Juanito Arcade Mayhem plays almost as great as it looks, as long as you're a fan of top-down shoots or bullet hell games!

I found it to be really quite hard though, which isn't a bad thing for a game this day and age actually. I might've had a much easier time if I had noticed that B would let me dash however...

Looks very cool! I would definitely play this when it comes out!! :)

Think of the Children Arcade