In the distant but still recognizable future humanity has overcome our differences. We are finally a united people. No longer divided by our nationalities, our religions, or our race, we call ourselves human.

But we weren't alone. The Discovery War was unprovoked and bloody. It took years of strategic diplomacy before humanity was allowed to join the Interstellar Concordat, and though there is an uneasy peace, not all our new allies seem to have our best interests at heart...

Who will you be? A confident flirt with an optimistic outlook on life? A timid loner with a flair for diplomacy? A bisexual envoy who never lies and likes to be in control? Or a shy yet loyal individual who always has a snarky comment at the ready?

Follow the delightful, ever-expanding story over several hours as it deals with issues and truths on what it means to be human.

Shape your avatar and his | her | their history, personality, and relationships through countless decisions and interactions.

Navigate the UIC Tabitha and the various departments on board to interact with crew members as the dynamic story unfolds.

Build relationships with the Crew (and others) as you shape your persona. Will you befriend them? Seduce them? Annoy them? Or keep them at a professional distance?

Experience core episodes filled with mystery, action, and suspense. Or take a break and enjoy some vibrant "slice of life" interactions exploring romance, drama, and self-discovery while you wait for the next episode. (More slice of life coming soon.)

Write your own story to share, or download one written by a friend or total stranger on the internet to experience infinite stories amongst the stars. (Coming soon.)

Busy week! But it's Friday! And that means: 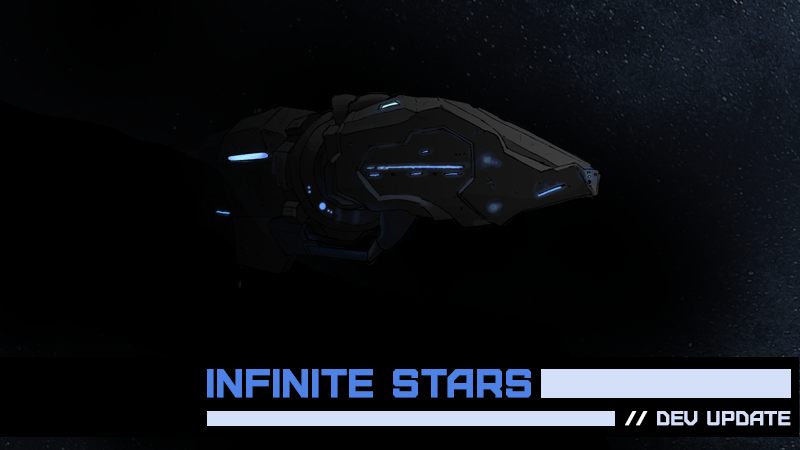 I'll try to keep this short as I have tons to do. (I'm taking point on running a fundraiser at an expo for children with cancer and other life-threatening diseases, so I'm busy wrapping up my preparations for that!)

Writing has been going well for both projects. Usually, I feel meh about my writing, but there is that golden sentence with an idea that flows perfectly every once in a while. I've had a few of those this week, and that always excites me!

I signed off on the art for the new alien species I teased last week, and all the crew underwear sprites are also signed off and done.

For those of you that are allergic to following links, here is the teaser image from last week! 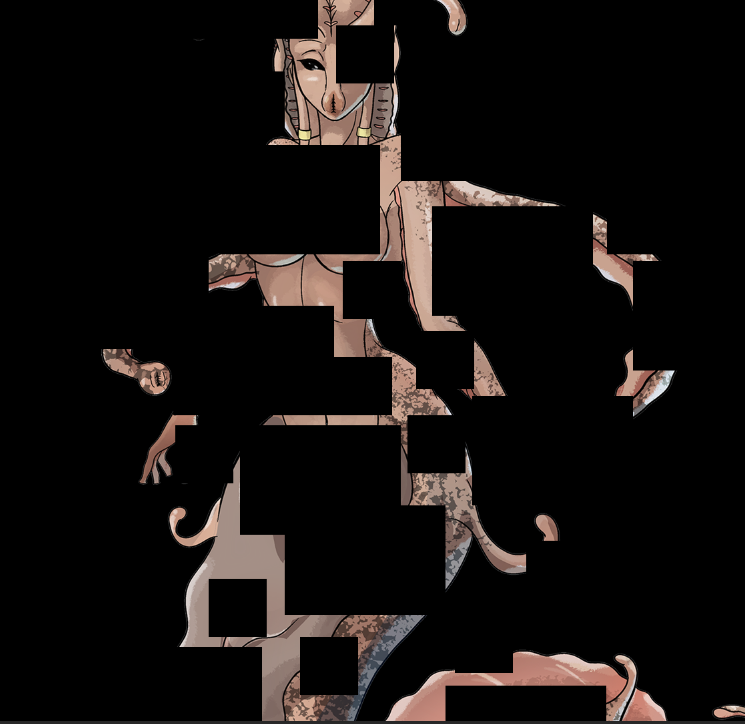 We also started working on the first Mah'Abeu side images… (Read into that what you will for now! I'll share more soon!)

Work on the layered sprites has been continuing. Slowly. As I mentioned last week, it will take a while to work through the old content, but we're getting there.

Then there are several irons in the fire of things that might be realized once negotiations conclude. I've been burned before, so I'll announce them once they are official.

Oh! And we got our first few Patrons for Draegan Herald. Yay!

I promised to keep this short and sweet, so there you go! And if you are in the Johannesburg area in South Africa over the weekend, hit me up so I can convince you to donate to the charity! That's it for me, have a fantastic weekend!

Another look at what we've been working on. Skipping prologues, adding more expressions, a new alien teaser and the reveal of our new adult game!