Hypnofire 3D is a 3D remake of a school project I did to pass a course, it became so popular that the exam papers for the following year fetured screenshots of the game, and I figured that that warrented a sequel, so here we are! 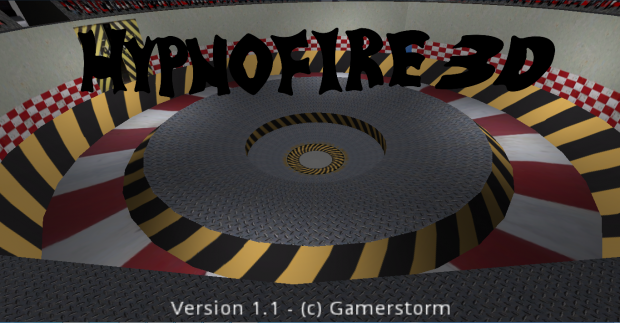 Here are some screenshots listing the improvements of the upcoming update.

These include:
-Spaceship outline - to make it stand out more from the arena, whose floor is the same colour.
-Control Display at the start of the game - To avoid any confusions, if any were made
-Language Selection has been moved to start-up - So the game won't default to any language (I've had a few reports about it defaulting to Scots)
-Camera Angle selection - Nothing special, but now there an extra camera angle that is closer to the arena, for those who didn't like it being so far away. This option was also added in the pause menu.
-Option to disable explosion parts - I'll admit, this feature was technically in 1.0, but you could only access it through the config file, that was simply because I didn't know what to call it in the options. Now that I've come up with a name for the feature, it is implemented in the menus!
-Copyright added to the bottom of the start screen(s) - That's right! The feature everybody requested is now finally in the game!
-Linux .deb and .rpm versions available - ...Well, okay, this will come later, but mark my words, once I get Ubuntu installed on my new PC that I haven't built yet, I will make them!