Guy vs The Wicked and Nefarious Land

You're not on your typical dungeon crawler anymore. Guy vs. The Wicked and Nefarious Land comes to put up a challenge to the most skilled players. With a top down view and fast paced action, you must guide Guy through 5 dungeons filled with evil creatures, traps and pop culture references. But fear not! While on Guy's shoes you will count with a handful of weapons, items and skills to be successful on your journey. But don't think it will be easy: To be the guy you must deserve it. 5 dungeons to explore and overcome 2 game modes to take your skills to the limit 3 possible endings 3 types of weapons with particular gameplay styles, totaling nine usable weapons 3 powerful skills to help you on your journey 21 types of monsters to be defeated with different strategies 5 bosses who demand the best of your abilities 4 bonus stages to test your skills Over 50 achievements, between medals and trophies Funny and charismatic characters Hours of hardcore gameplay and... One Guy

Disclaimer: The announcement down below was written under coffee influence, user discretion is advised.

Here we go again with a short monthly update. Man, time goes by quite fast, am I right?

Guy’s inventory is looking way better now. It is prettier and tidier than the previous version. Our short hero is now able to bring some spare items with him, giving the player quite more flexibility while running a dungeon. Knowing the local enemies and what works best with your playstyle is the key for a successful adventure. 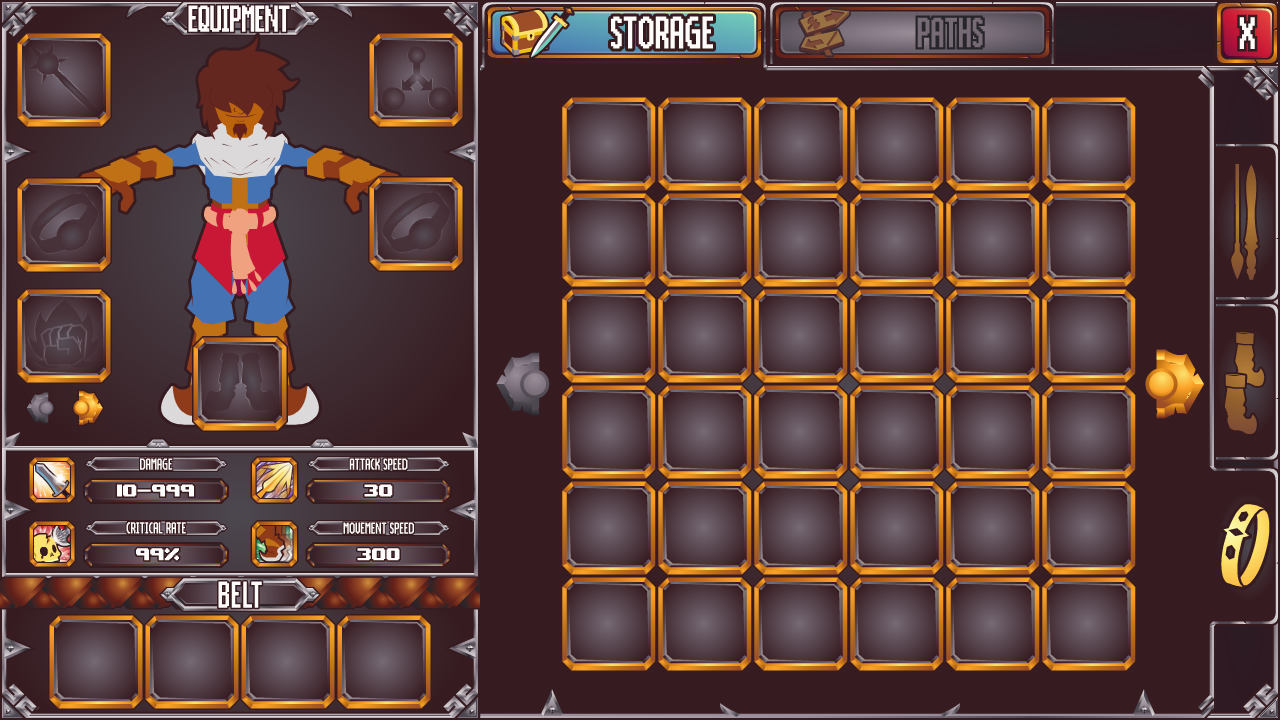 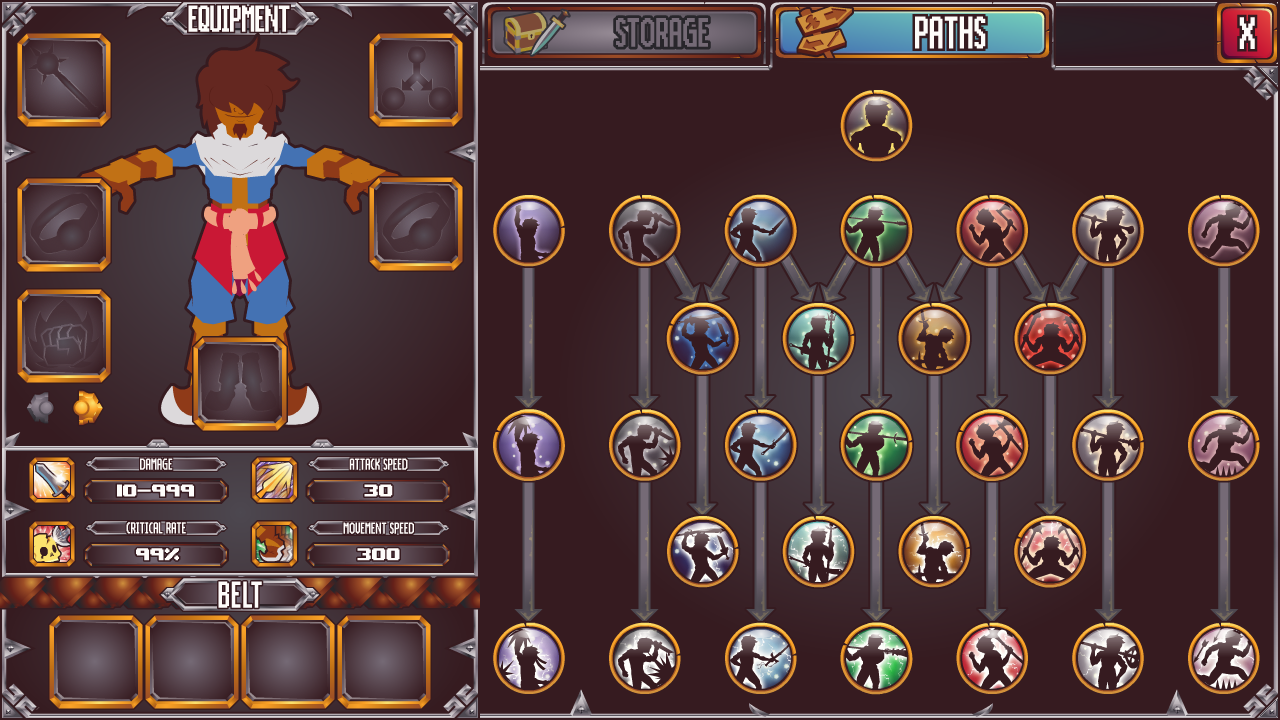 We took some time to work a bit more on the tileset and it’s being quite fun. A Link to The Past and Secret of Mana have always been great sources of inspiration for any tile based action-RPG. There are still a lot of stuff to do, but we
feel like we are going in the right path, doing something familiar while also keeping our own spin to the mix. 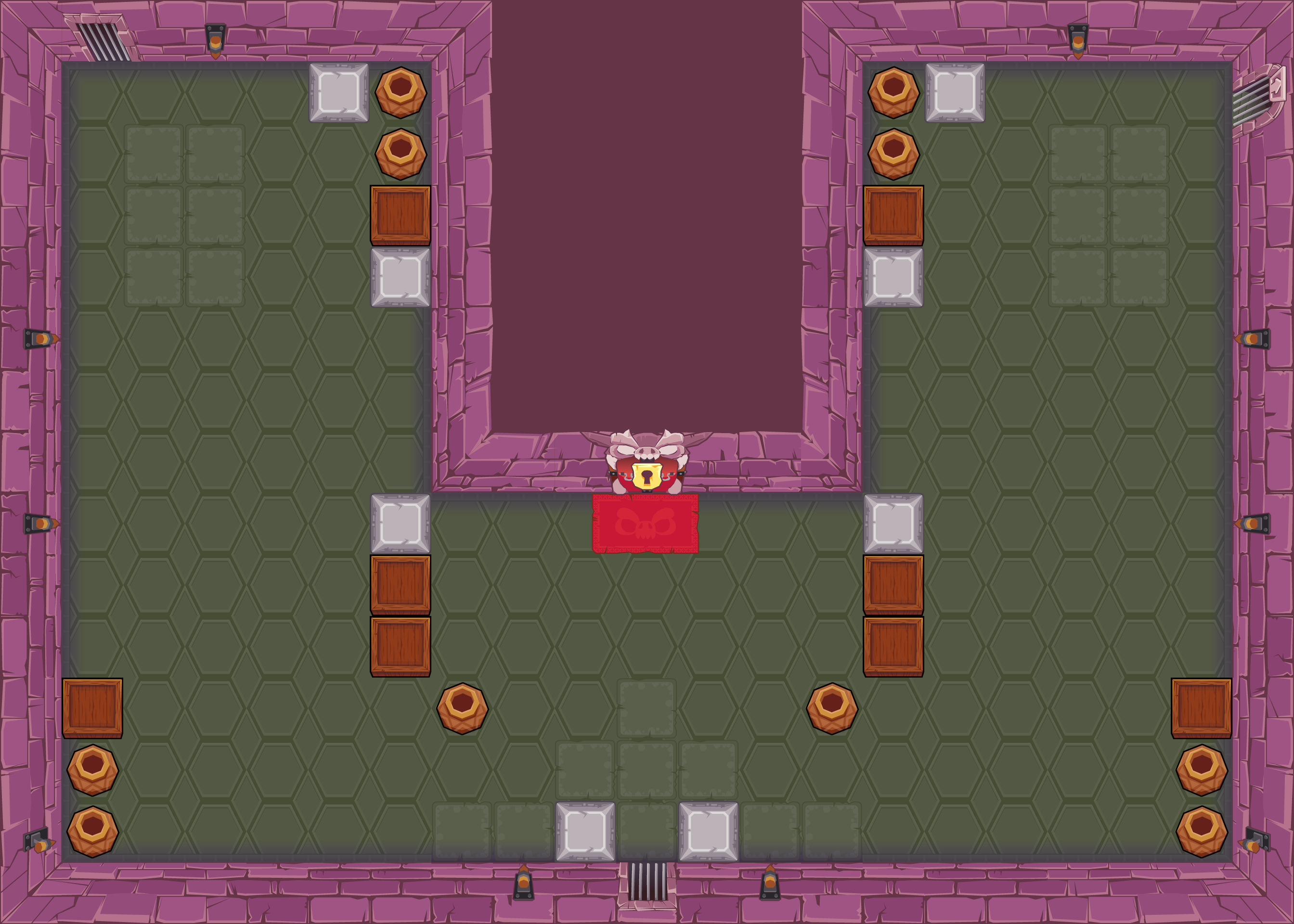 Our map wasn't that bad, but it was kinda dull. We wanted to keep some of its essence while putting new life into it. We've kept the same concept of a hand drawn paper map, but updated its graphics giving it more depth and personality.

We took some time to properly work on promotional material, starting by our cover. The new cover better suits the game current state and also pays a homage to one great videogame classic. 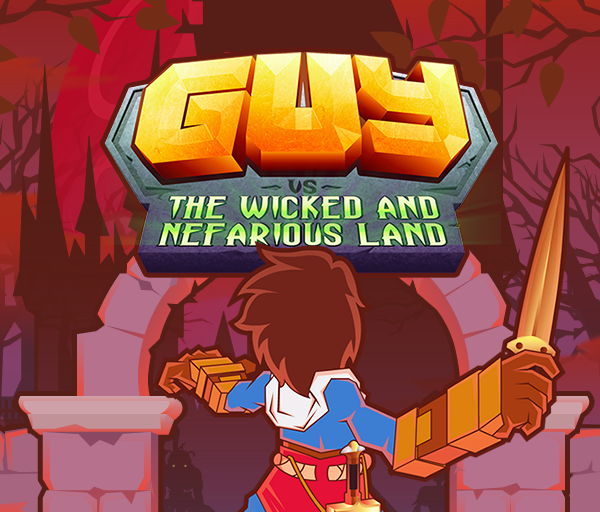 The time spent discussing, researching and studying other games was well spent. We've come up with little tweaks both for the map and ingame dialogues that will, hopefully, improve both our narrative and player engagement.

That is it for now, guys and gals! If you have any comments, doubts or suggestions, please, feel free to contact us here or in other social media. We can be reached through Facebook, Twitter or Tumblr, it is your call.

We hope you all have a great week!

A not so small summary of whats going on since the Greenlight.

With better lances, shortcut ladders, some rooms tweaks and more visible spikes the game is more fair and enjoyable while keeping the challenge.

We would like to thank all the players that bought the game on the first week with 33% off, offering now 15% off for 11 days!

This is the kind of game I like to play with a controller. Unfortunately doesnt seem to support it. Have I missed something?

You can use Joy2Key (or another program on Mac) to map the keys of the keyboard to your controller. Make sure to select the keyboard only on the options screen.

Joy2Key just doesn't cut it imo. I thought the story was pretty entertaining, but the controls with M&KB emulation is atrocious. This game will do much better if the devs implement native controller support.

Fun game but the amount of spelling errors and grammatical mistakes is insane! I've only played through the first boss and I encountered at least 5 errors. I assume the "creater" doesn't speak English as their first language and someone needs to help them to clean the dialogue and text up in the game. If the developer has it all in one document I am sure someone could fix it fairly quickly and it could be ported to the game code fairly quickly.

Is there any way to upgrade from the "normal edition" to the special edition, without buying the game again? ^^

This game reminds me of amorphous+ on kongregate/newgrounds, similar controls, gameplay and such,except this one has a story mode. The game is nice, tho I can't help feeling it's slowing down on my pc, which makes no sense, but then again, most games using that AIR thing (or flash) seem to be... tricky to run smoothly

The README.txt file has a section called LAG, the game will run smoothly on Dual Core 1.7GHz processor or faster.
Here follows the README:
- This Game uses a fair amount of CPU processing, close any browser
and other program that could use your CPU.
- When playing in fullscreen mode, disable any program that shows
desktop notifications, like Torrent or Dropbox. If you came across
slowdowns, verify your desktop for a desktop notification, overlay
window or pop-up window opened, like updates, close them and return
to the game.
- If the game is running in "slow motion", try to close and re-open
the game, this can solve many issues.
- You can also change your desktop resolution and set the game scale
mode to NONE in order to get a better FPS.
- Don't use Mouse+Keyboard profile control if you came across input lag,
or delayed controls response.

By the way, I can't seem to be able to launch this title, as it gives me some "uncorrect installation" error, and when I try to verify the files, it finishes the 1/1 Adobe Air and the game still doesn't work..

Twitter
Tags
Embed Buttons
Link to Guy vs The Wicked and Nefarious Land by selecting a button and using the embed code provided more...