Find someone else is a visual novel about the ever-changing nature of relationships, the hardship of dealing with loss and the unfair inevitability of illness and death. Make choices that affects the story and the characters you interact with.

He’s trying to handle his girlfriend’s worsening illness and her hospitalization. Life is passing him by, while he just becomes more and more trapped in the same place.

Then someone from his past comes back into his life and makes everything complicated and full of feelings again. While a strange, familiar voice is beginning to whisper in the night and starts asking questions he doesn’t want to answer.

Is it guilty to leave?

Find someone else is a very personal experience and was in many ways necessary to make. Obviously it’s just a game, and yet it’s still so much more.

Hopefully you’ll find something in it. 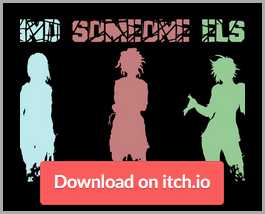 Thanks for voting and helping Find someone else on it's quest to become the 2020 Indie of the Year. You are now in with a chance to score some free games. Help this game secure more votes by embedding the widget (or link) we have included below on your favorite sites.

To promote Find someone else and grow its popularity (top games), use the embed code provided on your homepage, blog, forums and elsewhere you desire. Or try our widget.

A half-true game about half-truths. You play as a semi-fictional version of me, on a night that changed my life forever. Choose your (my?) words wisely...

No Hexy is a simple, minimalistic narrative experience that talks about important topics like Bullying and Racism. You are Hexy, the only Hexagon in a...

Made in 48 hours for the Global Game Jam 2018, Shrinking Pains is a short narrative experience that explores a semi-autobiographical struggle with anorexia...

Six years ago, James – a demolition expert – returned from the Gulf War. Explore James’ mind as his vision fails and his past collides with his...

The Longest Road On Earth