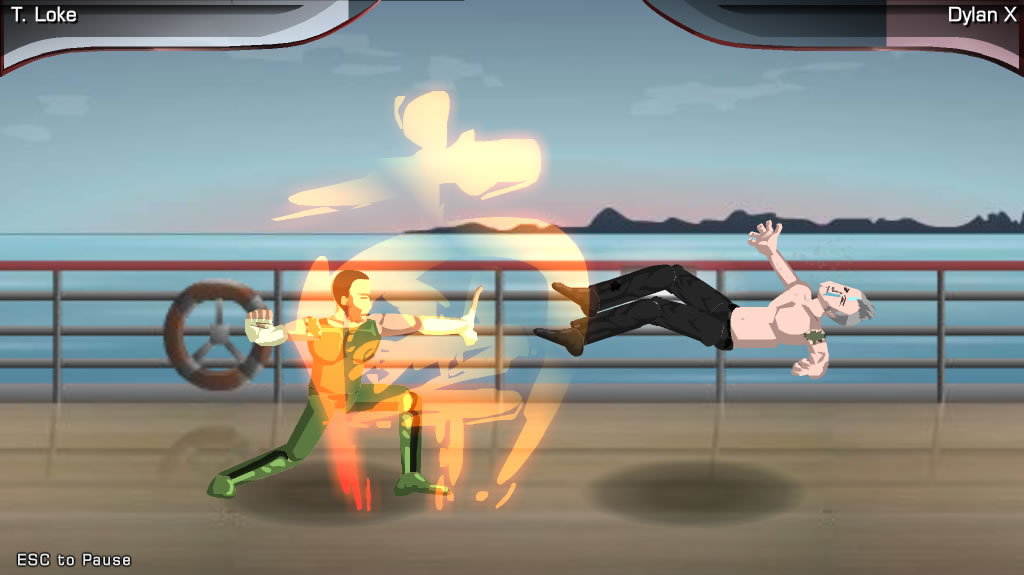 Create a fighter and fight! Final Slam 2 is a PC fighting game that allows you to create your own fighter and win the Final Slam championships or play through the official Final Slam story in story mode. There will be 2 versions: Lite & Gold. For updates and more info, visit the Final Slam 2 Official Page or Final Slam 2 on Facebook. The game is packed with over 40 in-game fighters, but you can still create your own fighters by customizing his or her attire, moves and stats. You can even adjust the Artificial Intelligence of your fighter! Create yourself. Create your friends. Create your enemies. Create casual guys, ninjas, movie stars, wrestlers, shaolin monks, kung fu fighters, boxers, warriors, robots, game characters and even monsters. Then fight!

In the creator mode, you can create a fighter using a wide variety of customization options. There are tons of different body parts, attire, fighting moves, throw moves and special moves to choose from. The fighting moves are animated following several martial arts, brawling and wrestling moves. The special moves comprise of different styles such as magic, elemental, Kung Fu, gadgets and wrestling. You can also control the actions of the fighters when they are being played by the computer by changing the AI settings. You will have 80 slots to save your created fighters. All fighters can be stored/exported as plain text format slamcodes, so you can copy the slamcodes of the fighters and save them outside the game or share them online with other players. You can also import fighters created by other players by inputting the slamcodes that are shared by other players online!

Story and Versus Mode:

Fight the evil that is threatening Earth, or fight individual matches against the computer or a friend in versus mode. The fight arena is zoomable, with blood effects.

Enter the Final Slam mode against 80 to 100 fighters and fight up the rankings. There are 3 different titles to win. Get up to the top and win the World Heavyweight Championship! 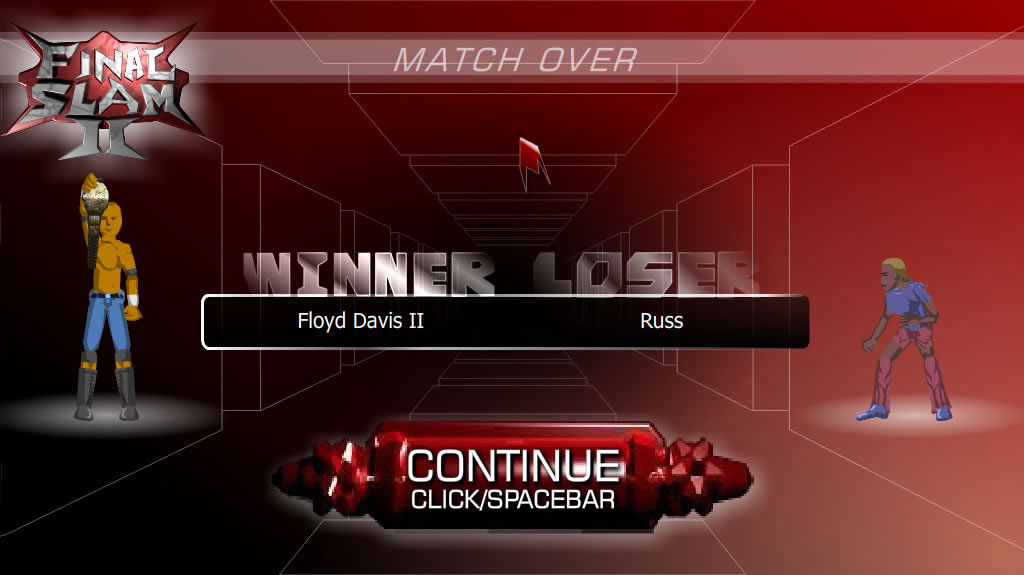 See how good you are by fighting opponent after opponent and tracking your win/loss record.

Hi everyone! Finally, the Demo is ready and it has been approved in Desura.

You can download now to test the game, give a try to the creator mode (the feature we are most proud of) so you can test the moves, styles and IA for your own fighters. In the demo version you can store up to 8 created fighters and test them agains the IA as an spectator.

If you like the demo we would appreciate a good score in Desura or a yes for our Greenlight submission: Steamcommunity.com. Help us get into Steam!

Some minor but equally important changes were made in Final Slam 2... This includes bloodstains and a possible Mac release!

A quick Final Slam 2 update, up to November 18. Preparation for the final phases of development. Some intro screenshots available.

Test the creator mode with 10 slots for your fighters. Learn the basics of the game in the Tutorial. Play the Versus Mode against the AI or against your...

Hi, i don't really know where to post this but i have some questions about the game:

-will there be an option to deactivate "super power" (i know it's cool and all, but i fantasise about a simple combat between martial artists, at least it would be nice to get the guns and beams out of the fight)

-Will there be more fighting moves ?

-Would it be possible to have multiple save in final slam mode. As i enjoy playing with my different caracters without erasing the progress i made with another one.

-And will there be a story mode where you play with the caracter i created. I don't know even a kind of editor that allow me to write the dialog and define which caracter you will fight (a different save for different story)

-I don't know at which point the season end in final slam mode ...

And last but not least thank you very much for this game, it's really enjoyable, i love it !

Anyone else gettong MCF errors when trying to download the demo?

We are currently trying to resolve the MCF issue. For the moment, you can download the Final Slam 2 Silver version (demo) from the indiedb page... Indiedb.com (click on IndieDB)

You're not the only one. I'm getting the same errors when I try to download and install the demo using the Desura client.

We are currently trying to resolve the MCF issue. For the moment, you can download the Final Slam 2 Silver version (demo) from the indiedb page... Indiedb.com (click on IndieDB)

Wow this looks interesting looks like a mixture of tekken anime and them cool flash stickman games not saying the art but the way the charicters move . looks realy cool :)

I guess the first one wasn't the Final Slam after all.

Did my research on this game, Awesome that you can create a fighter, love the idea of there being 80 slots for creation and being able to share them.

My only gripe is that it's 2D Side-Scrolling and not 3D, but I guess you can make an arguement on 3D Fighting Games not being good as the 2D ones.

Hmmmm for me, not all 3D>2D and not all 2D>3D and it all depends on what the player wants from the game that can satisfy him/her. Thanks for the support, AyaneShadow. And thanks for the feedback. Appreciate it much.

Thanks, Enjoyed The Demo. Looking foward to The Full Release.