Fatal Theory is an over-the-top, side scrolling beat-'em-up like the ones you grew up on, butinfinitely better?! Gritty retro pixel art, ridiculous characters and a story line that makes the writer want to drink until he forgets, all guaranteed to caress you with sweet nostalgia while munching on your brainy bits.

When Nick Mayhem gets wind of zombies walking the streets, he doesn't just sit around waiting for the worst to happen. Hell no, he picks up a baseball bat and takes the carnage head on! Soon he finds himself tangled in a plot involving demons, a talking sword, a whole army of possessed soldiers and one total babe of a sniper -- can Nick Mayhem save his city from destruction? Will he find love in a city mid-apocalypse?!

With an engine built from the ground up by two brothers who love all things fighting, this game borrows the best from the fighting and beat'em up genres and mashes them together. The result is fluid controls, insane aerial juggling and devastating special attacks to let you wreck your way through hordes of enemies at a time! 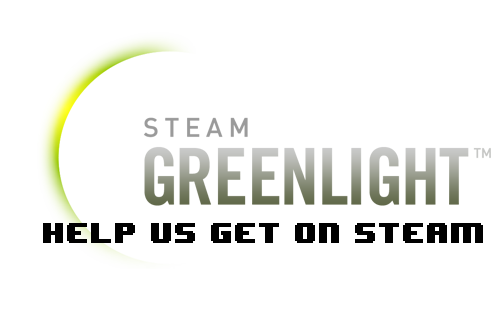 Ah, it’s good to be back in the office after taking a few days off to relax. I’ve been off doing super boring grant proposals and budgeting lately, trying to secure some funding for the studio, but Matt has been hard at work on the game as ever.

Here’s what he has to show for it:

The story art is totally finished and now in game! Some of the dialogue still needs a little work but I’d say we’re about a week away from having the story mode totally done and dusted. And honestly? That’s pretty darn exciting for us.Here’s some samples for your pretty little eyeballs: 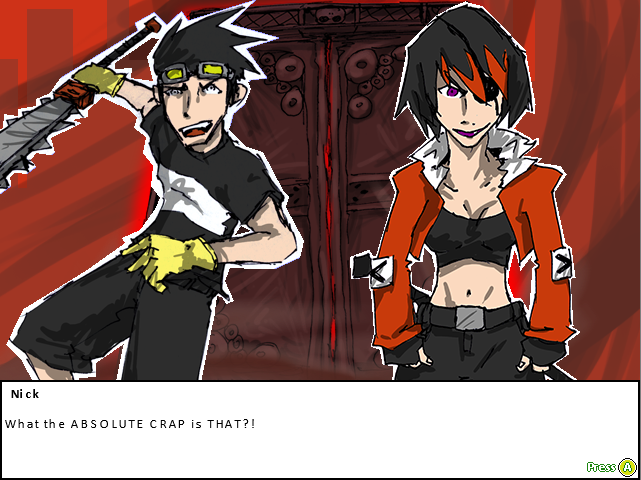 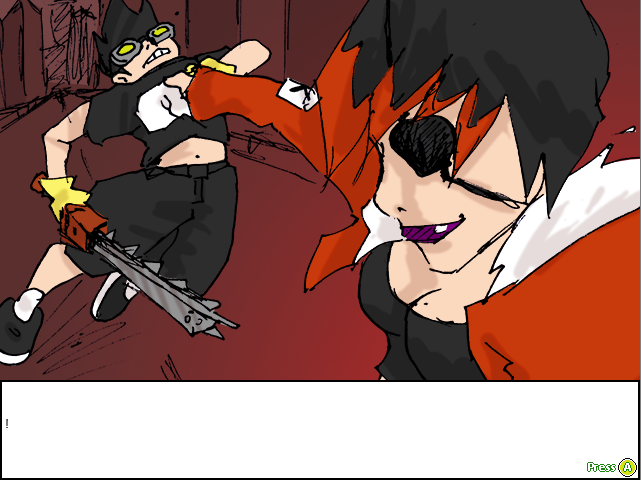 And if you're wondering what's on the other side... 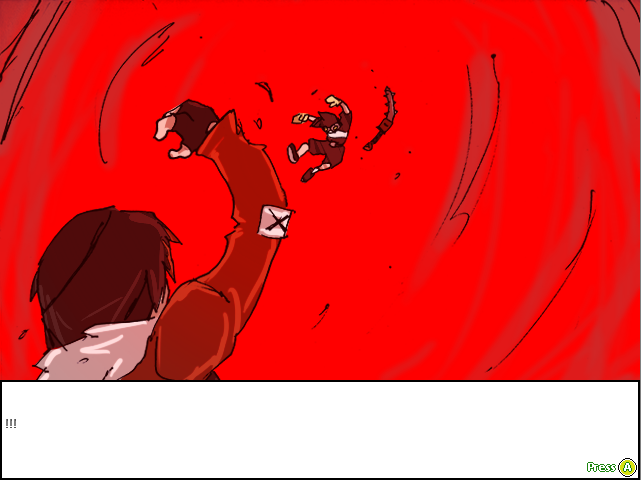 Here's how you find out!

We’ve sort of been debating how to do the credits screen for awhile, and just scrolling it seemed a little boring. People would just skip it for sure, and that’s no good, we want our hard work acknowledged! Plus it would be extra effort to code. So we mulled it over and eventually landed on this: 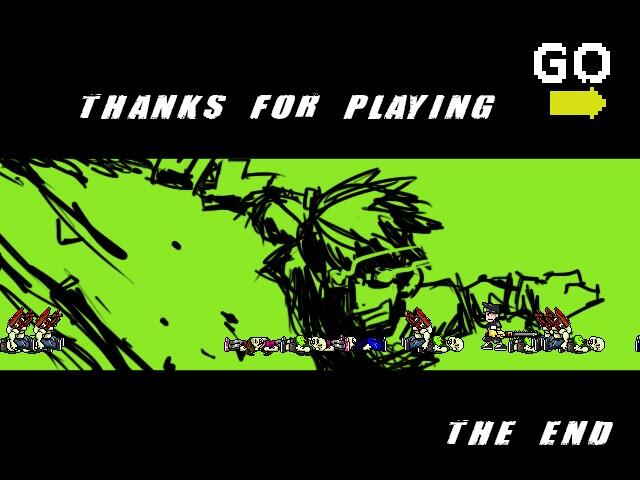 That’s right, even the credits are a beat ’em up level in Fatal Theory. Sometimes the simplest solutions are the funnest.

We made sure to include a “Thank you for playing” too. When I get to the end of a game and sit all the way through the credits, I want to be acknowledged for it. Some games do it in the special thanks, some games flash up a thank you at the end, but the ones that don’t always feel a bit cheap to me. A game is nothing without players booting it up, and those small words are the difference between me walking away feeling warm and fuzzy for supporting this big collaborative project and me walking away feeling just a little under appreciated.

It’s a small thing, but it matters.

Well that’s all for now, I’m gonna slam some coffee and tear into it so I have more to report for next week. Adios wreckers!

Lots of pixel art to share: we've finished the final boss stage art, redone one of the earlier backgrounds and added another ally to the game.

Monday Update: Menu Overhaul -- Out with the old!

An update detailing our redesigned menus in Fatal Theory and the impact it may have on UX.

An update detailing our progress on the game and showing off our pixel art development.

A new forum is open for Fatal Theory here on Desura

This is version 3 of the demo. From memory, contains almost half of story modes battles, 2 weapons, a few allies and versus mode.

I'd really be interested in an online co-op mode. Lots and lots of games have local co-op, and I'm far away from a lot of my friends due to military, so I'd really love to find a game that has online co-op.

Thanks for the feedback! We're definitely considering adding online co-op, because it is an important feature to players in remote areas. Stay posted and we'll address it in future updates :)

Not much of an answer in that Adam haha. There are quite a few considerations with regards to online mode, so we're leaving it till after the main story line is built. If we do it, initially it will only be for Versus, to keep the code simple and help us learn how to best deal with this type of action over the network. Then onto the beat-em-up stages from there.

The main issues we'll come up against is whether to go and do it properly(hard long way basically) of more or less simulating the action on the server side and making sure the clients reflect the simulation or the easy quick way, which is just send data to each other and update each client without much checking to see if the 2 games look the same. Phantasy Star Universe did it the easy way, and although annoying with players looking like they were fighting nothing in the corner, it still got the job done. But I think we gotta simulate it and do it the hard way.

The other issue is that we're never going to be as big as say Counter Strike, so heaps of businesses, small companies and hobbyists probably wont be hosting dedicated Fatal Theory servers. So that puts it into the hands of the players to host their own games, which is doable, but it means those players wanting to host will have to figure out how to port forward and open up their firewalls correctly. Terraria is like that and I know tonnes of people who played it online, but for the most part I think people just opted for the single player mode because it was easy to setup and go.

Its something I want to do, so you can count on it happening, but theres no way to estimate how long or when it will ship at this stage.

This game looks great thank you for giving us the game.

So far we only have local co op planned for an arcade mode that will be slightly different to the story mode. We don't plan on adding online co op, but if enough fans want it we may be forced to reconsider ;)

Does it have local multiplayer, supporting two or more controllers?

It sure does. Currently it only has a 2 Player Versus mode, but once Story Mode is finished, we will make a 2 Player Arcade mode for smashing tonnes of enemies in.