This is a turn based RPG with some crafting, puzzle and exploring. -

I have been working on this game for more then 2 years.

So why is this up on Greenlight at this time?

It is now or never! Greenlight is going down and I am not rich enough to pay a huge fee.

Use the turn-based combat system to battle numerous creatures and foes! Some of the enemies are classic and the others I have made up.

I don't want to reveal anything in case I need to change it later. I plan to make a short demo so that you can play the prologue part of the game.

The game is made with rmxp and runs at a low resolution of 640x480.

Intended for ages over 18

Runs on windows xp, windows 7, windows 10 (at least when I tested it)

I will put up more information later.

Help this game and vote at:

The time is nigh! 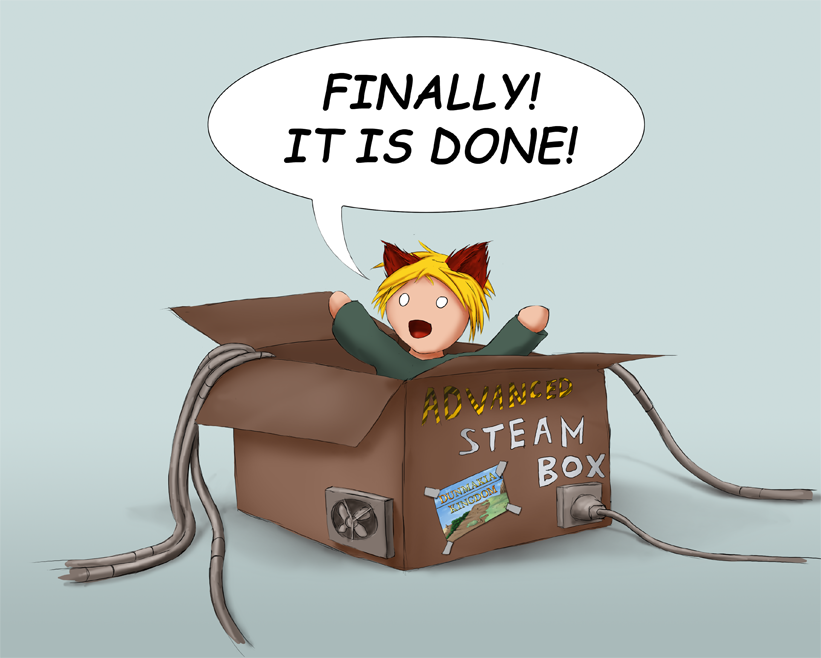 I have managed to set the steam thing up and it looks like it's running fine from over here at least.

If you look for Dunmakia Kingdom on steam then you can find it if you have adult settings on.

Dunmakia greenlit, The little comic bit about Dunmakia kingdom got greenlit on steam!

Crimson have 2 maps that help him when he is developing his game...

Crimson does another comic... CrimsonWallace on the battle of greenlight!