Dungeon Keeper 2 was the sequel to Peter Molyneux's Dungeon Keeper and prequel to the canceled Dungeon Keeper 3. Like its predecessor, players take the role of a dungeon keeper, building and defending an underground dungeon from the would-be heroes that invade it, as well as from other keepers. In the game's campaign mode, the player is charged with recovering the portal gems from each area in order to open a portal to the surface. This was charged as a setup for the sequel, where the gems would be used to invade the surface world and defeat the faction of goodly heroes. The most immediate change from Dungeon Keeper is in its graphics; the world is now fully 3D. Where monsters were previously sprites, they are now 3D models. 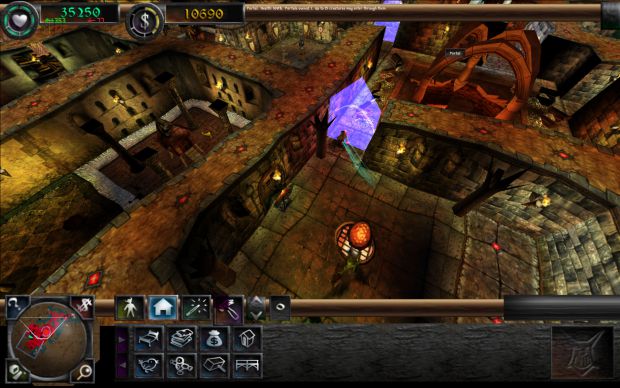